Sprint in Antholz with five Slovenians 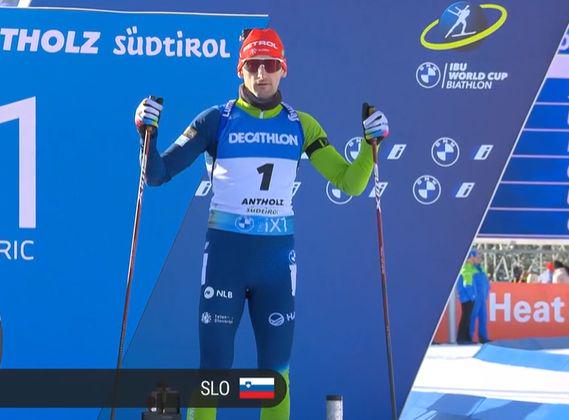 Due to the start of the studio before handball, the biathlon will be broadcast in its entirety on MMC TV

Antholz/Anterselva is the sixth biathlon stop of the winter 2022/23. Friday is the day for the sprint of biathletes, which was opened by the best Slovenian hunter on skis, Jakov Fak, with number 1. Four other Slovenians are competing alongside him. Stream the sprint in its entirety on MMC TV!

The Slovenian biathlete missed the first shot and had to go to the penalty circle.

In the current season, all four sprints were won by the leading biathlete Johannes Thingnes Bøwhich with number 7 will quickly set the benchmark for all remaining competitors.

Due to the start of the studio before the decisive handball match between Slovenia and Spain at 15:00, you can follow the live broadcast of the sprint of the biathletes in its entirety on the MMC TV online channel.

Previous article
Fabrizio Copano shines on James Corden’s Late Show with jokes about Bolick and ‘Americans’
Next article
The Rennes DT praises the match between Marseille and Sanchez before they face off in the French Cup.