Olimpija took the lead in the middle of the second period, but then conceded in Hungary 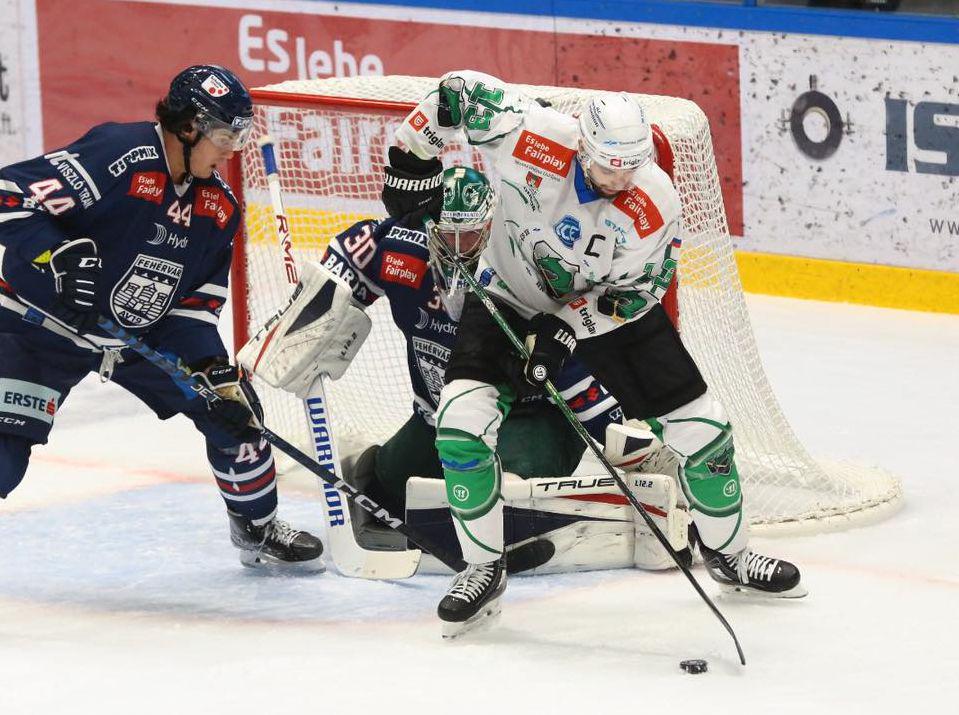 Dodero and Vallerand scored for the Dragons

SŽ Olimpija was an equal competitor in Szekesferhervar for a long time, but in the last third, the current runners-up of the IceHL League increased the rhythm of the game and enjoyed a 5:2 victory. The Dragons are getting further and further away from 10th place, which leads to additional qualifications.

Since December 2nd, the Ljubljana team has won only one game in the IceHL League (on January 1st, they beat Asiaga 5:4), but they have suffered as many as eleven defeats. In the final of the national championship, the dragons proved that they are the best team in Slovenia by leaps and bounds.

Dodero equalized before the end of the first periodThe hosts took the lead in the second minute. Aljoša Crnovič failed to clear the puck from the defensive third, and Timothy Campbell rattled the net with a powerful shot from distance. Chris Dodero equalized in the 18th minute, who skilfully put the stick in front of the goal after Aleksander Magovac’s pass from the right side.

Vallerand provided the leadership of the dragonsIn the second period, the Hungarians pressed, and Olimpija took the lead. In the 35th minute, Marc-Olivier Vallerand pushed the puck into the net from close range, and Dodero handled it nicely. The 33-year-old Canadian, who scored an outstanding goal in the first game of the national championship final against Jeseničani, scored for the fourth time in the IceHL League this season.

Leclerc scored against his former teammatesAfter falling behind, Fehervar pressed quickly and in 36 seconds he staged a turnaround. Two and a half minutes before the end of the second period, Campbell was accurate again after a pass from Anžet Kuralt. The Hungarians quickly capitalized on the rush, Brett Findley fired from the blue line, and former Dragon Guillaume Leclerc changed the direction of the puck and sent it into the net. Kuralt and Nejc Stojan incited the loud fans a little more with a fight.

The Hungarians are much better in the last thirdIn the 42nd minute, Istvan Terocs escaped on the right side and passed in front of the goal, where Kristof Nemeth made it 4:2. In the 53rd minute, Aleksandar Magovac prevented another goal for the hosts with a foul at the last moment. Csanad Erdely had a free kick. Morrone slipped wide of the goal, but Erdely threatened him with a powerful shot under the crossbar.

Two minutes before the end, Dodero received another five-minute penalty and a game penalty for tripping his skate from behind. The referees first showed a two-minute penalty, but they changed their decision after looking at the video.

The final ratio of shots on goal was 45:33. On Sunday, the people of Ljubljana have another away game in Beljak, and on Tuesday, Salzburg is coming to Tivoli.