At 11:30 a.m. the classic Saturday downhill on the Streif 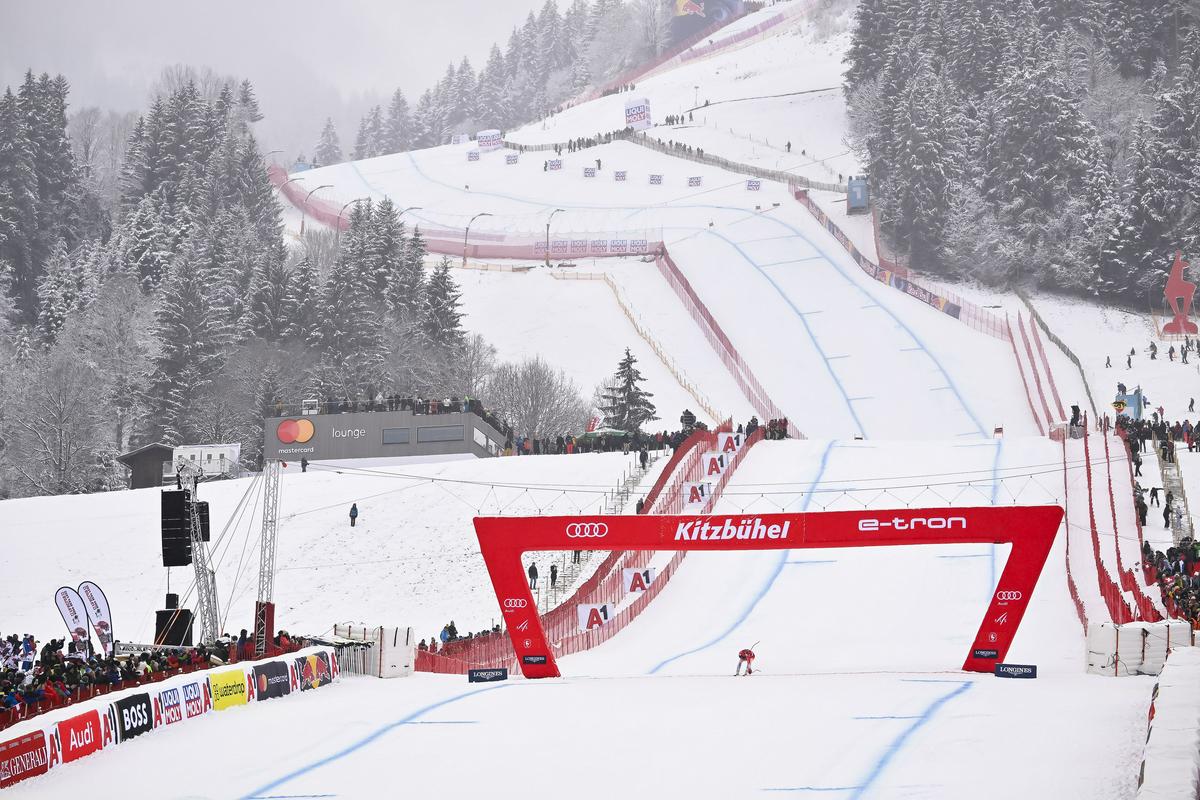 The real downhill for the Kitzbühel Rooster Ridge Cup has been held on Saturday since 1931. Vincent Kriechmayr delighted the Austrians on Friday and will once again be the hot favourite. Due to the predicted poorer visibility, Miha Hrobat has the number 22, and Martin Čater has the number 26.

During the night, 15 to 20 cm of new snow fell in Kitzbühel, but it was already removed by Austrian soldiers. But fluffy and light snow is not a problem, so visibility will be the main problem again. The clouds are even thicker than on Friday, but the weather forecasters do not predict a clearing during the match, as it happened on the first downhill and ensured an extraordinary match until the very end.

Due to poorer visibility, it is possible that the start of Saturday’s downhill could be moved from the top a little lower, TV Slovenije commentator Urban Laurenčič announced from the scene in the Zima žen šak program.

How will Friday’s heroes fare?

There are two Slovenians among the 58 skiers. Miha Hrobat on Friday with the number 45, he seized the improvement of the situation and skied to the 7th place and the result of his career. This time he will have the number 22. He will start quickly behind him with the number 26 Martin Čater.

Ob to Vincent Kriechmayr (number 7) the leading skier of the winter will receive the most attention Alexander Aamodt Kilde (No. 14). Sensational runner-up Florian Schieder, who made it to the podium with the number 43, wears the number 18 this time.

Without Odermatt at the start

There will be no World Cup leader at the start Marc Odermatt, who escaped acrobatically on Friday, but fortunately without any new injuries. The medical examination showed no additional problems, but Odermatt and the Swiss decided that his injured knee still needed rest. For now, Odermatt will decide from game to game whether he will play or not. Overall, the 25-year-old has a 325-point lead over Kildey, which means he can miss out on games, especially in light of the upcoming World Championships in Courchavel/Meribel between February 6-19.

Previous article
Ilka Štuhec in great style to the tenth victory of her career!
Next article
Cosa Nostra leader fallen, but mafia continues: These are 4 of the world’s most wanted bosses