Kobayashi with an exceptional final jump to the second victory in Sapporo, Domen Prevc fourth 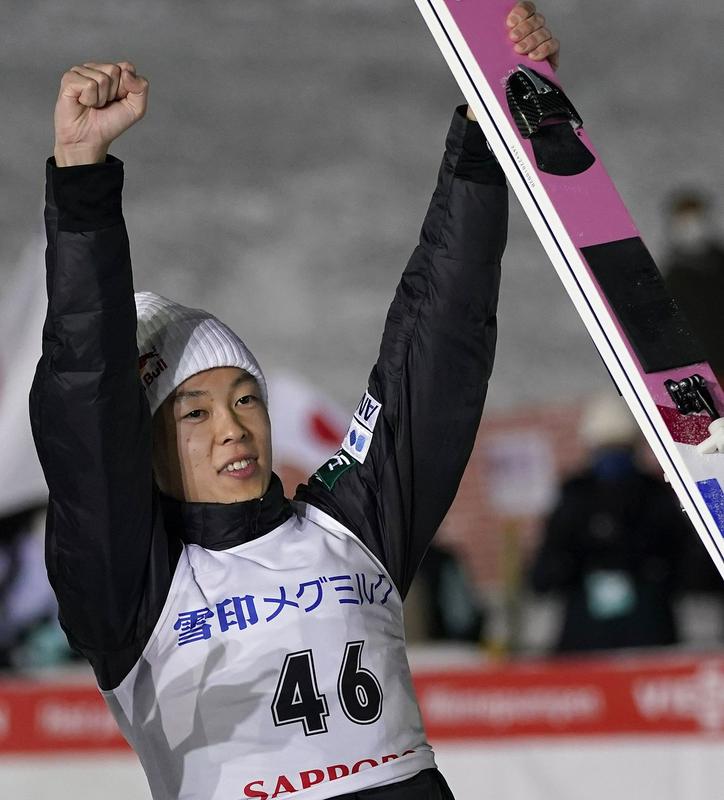 Also Peter Prevc, Lanišek and Zajc among the ten

Rjoju Kobayashi rounded off a brilliant weekend at the Okurayama Olympic ski jump in Sapporo with his second victory. In the final series, he landed at 143 meters and beat Halvor Egner Granerud by 12 points. Domen Prevc finished in an excellent fourth place.

Domen Prevc, who collected a total of 57 points in all games this season, provided the surprise of the day. After 40th and 35th place in the opening two races in Sapporo, he moved up to fourth place. After the first series, he was in 12th place with 136 meters, and then in the final he jumped 140 meters and came close to the podium. This is his highest ranking in the matches for the Planica World Cup on March 28, 2021 at the Gorišek Brothers Airport.

Four Slovenians among the tenAs many as four Slovenian jumpers ranked among the top ten. Peter Prevc confirmed his improvement in form in recent weeks with sixth place. Anže Lanišek, who had bad luck with the wind on Saturday, finished in ninth place. After the first series, Timi Zajc was third with 142 meters, but in the final he was not lucky. With 121 meters, he fell to 10th place.

Le Mogel too short for the finalPoints were also won by Lovra Kos in 16th place and Žiga Jelar, who was 28th after jumping only 90.5 meters in very bad conditions in the final series.

The hero of Saturday’s match, Žak Mogel, took 40th place in the first series with 119.5 meters and did not qualify for the final.

Kobayashi collected 260 points in three home gamesRjoju Kobajaša shone on his home stage. He had never stood on the podium before Friday this season. After Friday’s victory and Saturday’s third place, this time he was second with 141 meters after the first series, and then he jumped two meters further and looked forward to his 29th victory in the World Cup.

Granerud took advantage of Kubacki’s slipGranerud had a 6.2 point advantage after the first heat, but in the final he jumped 136.5 meters, which was enough for second place. Nevertheless, the Norwegian will be satisfied, as the leader in the World Cup, Dawid Kubacki, only took 11th place. The Pole managed only 125 meters in the final and that was only enough for 24 points. Kubacki has only 48 points ahead of Granerud.

Eisenbichler on the podium for the first time this seasonThird place was taken by Markus Eisenbichler. The German had a big crisis this winter, only breaking into the top ten twice. This time, with 139.5 mv in the final series, he advanced from seventh to third place.

The caravan will gather at the airport in Kulm at the end of next week, where there will be two individual matches.

Previous article
Luis Slimming’s advertising portal for his show in Ormue: “Letters from Alvaro Salas, Natalia Cuevas and Don Carter”
Next article
Influencer Naya Fasil caused a stir when she arrived in Olmue: She wore a bold ‘fluorine’ outfit in Patagul