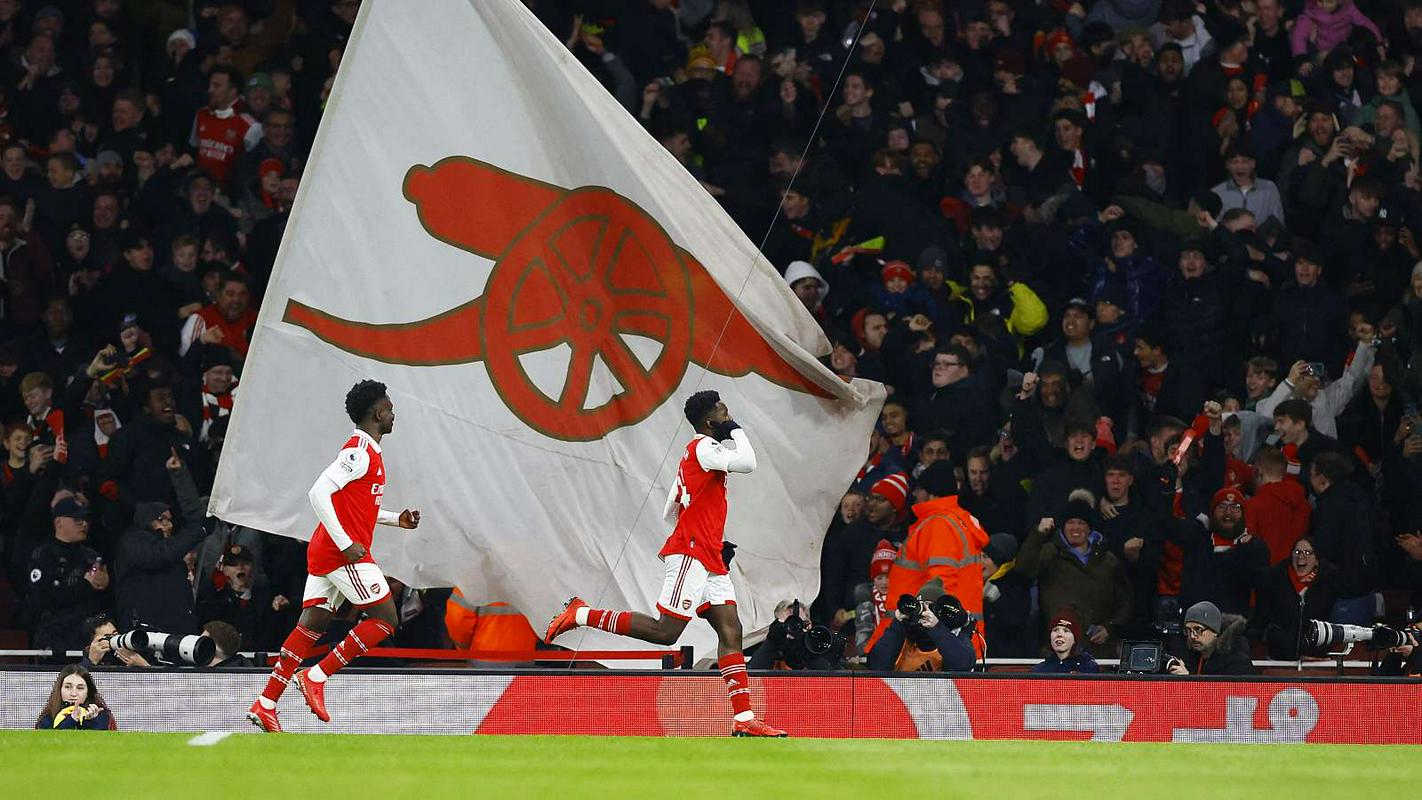 At 17:30, the derby of the 21st round between Arsenal and Manchester United started at the Emirates in London. An extremely important match from the top of the championship table, where Manchester City is also putting pressure on the Londoners.

It is the 238th meeting between the giants of English football. The Red Devils are more successful, having won 101 games, 86 won by the Gunners, and 50 times the derby ended without a winner.

The two clubs met for the first time on October 13, 1894 in the English second league (Manchester United played under the name Newton Heath at the time), the match ended without a winner (3:3).

The last time the two teams met was on September 4 last year, when the hosts won 3-1 at Old Trafford. He scored twice Marcus Rashfordonce Antonyscored the only goal for the visitors after an hour of play Bukayo Saka.

Nketiah nullified the advantage of the Red DevilsThe visitors from Manchester got off to a better start in the derby, taking the lead in the 18th minute, but the attention was stolen by the recently outstanding Marcus Rashfordwhich is after an independent action in which he got rid of quite a few football players of the opposing team – more precisely of Thomas Partey and of William Saliba -, eventually launched violently from the edge of the penalty area and sent the ball into the bottom left corner of the goal Aaron Ramsdale. The Gunners found themselves behind for the fourth time this season, the second time against the Red Devils, but their lead did not last long. In the 24th minute, it was a set piece Granita Xhaka sneaked in front of the goal at the far post Eddie Nketiahwho escaped To Aaron Wan-Bissaka, and scored with a header from close range to make it 1:1. Before the break, he made another dangerous save from the edge of the penalty area in the 28th minute Scott McTominaybut after Ramsdal’s parade, the result remained unchanged.

Beautiful goal by Saka for 2:1, Martinez equalizedThe fairly even game continued at the beginning of the second half, and in the 53rd minute he caused a wave of excitement in the stands of the Emirates Bukayo Saka, who with a wonderful goal ensured a turnaround and a 2:1 lead for Arsenal. The English national team striker shook it off easily Christian Eriksen and with a brilliant diagonal shot from distance, he took the defenseless David De Gea. Indefensible. The 21-year-old shook Manchester United’s net for the third game in a row, something only two Arsenal legends have managed to date: Thierry Henry and Fredrik Ljungberg. But even this time the lead of one team did not last long, soon after that the result was tied Lisandro Martinez. After a cross from the corner, Ramsdale poorly cleared the ball straight to the visiting defender, who headed it under the crossbar into the net. Gabriel Magalhaes tried to prevent a goal on the goal line, but in vain. 2:2.

Nketiah the big hero in the 90th minuteUntil the end of the match, Arsenal was more enterprising, the Red Devils more or less just defended, in the 66th minute a good opportunity presented itself Martin Ødegaard, four minutes later he once again blocked Saka from distance with a diagonal shot that rattled the right goalkeeper’s post. The visitors scored only from counterattacks, which were quite rare and ineffective. In the 84th minute, De Gea prevented another goal from Nketiah when he saved an unobstructed shot from ten meters, but at the end of the regular part of the meeting, he was helpless! In a well-executed action, he deflected the ball behind De Gea from close range. The joy of the home fans was spoiled for a moment by watching the video of VAR, which confirmed that there was no prohibited position in the action for the goal. 3:2.

Haaland sank Wolverhampton with a hat-trickEven before the derby in London, Manchester City’s players did a superb job with Wolverhampton, and the hero of the match was Erling Haaland, who shone with a hat-trick. He scored his first goal in the end of the first half, when he headed into the penalty area after a cross, and made it 2:0 at the start of the second half, when he accurately executed a shot from the penalty spot. He completed the hat-trick in the 54th minute, after a mistake by the goalkeeper Jose Saja scored with a shot in the middle of the goal. City was otherwise a significantly better opponent, in the 67th minute he is the main referee David Coote invalidated the goal due to the prohibited position Riyad Mahrez.

22 points by Aleksandar ShaškovSo far this season, the Helios basketball players have lost only twice to Krka in the national championship, and they...
Previous article
A woman on the world stage and in radio play
Next article
25 goals in 19 games: Haaland led Man City’s thrashing of Wolverhampton in the Premier League