In Cortina, the Norwegian is ahead of all the favorites, Ilka Štuhec in 13th place 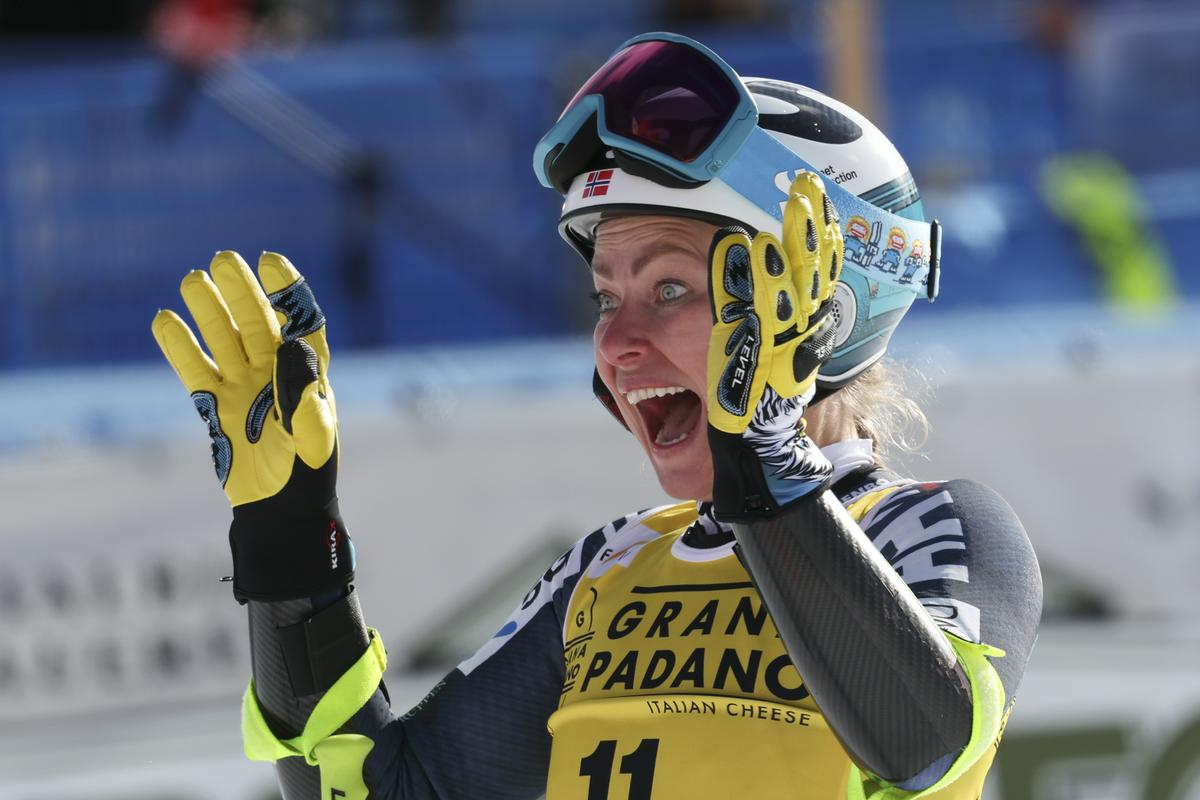 The fifth super-G of the winter for alpine skiers

After Saturday’s triumph on the Cortina downhill, Ilka Štuhec turned her superb form into the best super-G of the last four years, as she was 13th. The Slovenian champion was less than a second behind the winner Ragnhild Mowinckel.

With by far the highest starting number (37), it did Ilka Štuhec broke into the top fifteen, which was also the goal of her team. Ever since her victory at the Val Gardene super-giant slalom on December 19, 2018, the Maribor woman has not been better than 15th in the second fast discipline of alpine skiing (Val d’Isere, December 20, 2020).

“Today’s super-giant slalom race, I must say, was also very successful for me. Otherwise, the feeling during the ride itself was so little mixed, because it was a very demanding set-up, where you had to catch up, accelerate, generate speed. I am, of course, very I am also satisfied with the result, but in general it was a very good weekend, which I think will be, or is, definitely a great starting point for the rest of the season.” said Štuhec.

The third career victory for the Norwegian

With a gap of 96 hundredths, Ilka Štuhec is also the last, less than a second behind the somewhat surprising winner. She reached the third victory of her career Ragnhild Mowinckel. On Saturday, the Norwegian was fourth in the downhill, and this time she overtook the Italian by almost half a second in a race with very small differences Marta Bassino (+0:47).

The winners of this year’s Super G, Mikaela Shiffrin (+0:62) and Lara Gut-Behrami (+0.50), who won the last match in St. Anton’s first favorite on the track, which was laid out to her liking by the Swiss coach Roland Platzer.

Thirteen skiers in a second

The Austrian came closest to the 30-year-old from Molde Cornelia Hütterwho, with an extremely fast lower part, made it to second place with a gap of 30 hundredths.

To illustrate the game of hundredths in the fight for the podium and the top ten: there is only 47 hundredths of a difference between 3rd Marta Bassina and 13th Ilko Štuhec. With the successful conclusion of a fast weekend in Cortina d’Ampezzo, where she was second in Friday’s downhill and won Saturday’s, the Slovenian champion is now heading to the final preparations before the world championship.

WC 2023 in alpine skiing between February 5 and 19 is hosted by Courchevel and Méribel. The women’s super giant slalom will take place on Wednesday, February 8, at 11:30 a.m. The climax will follow – the downhill for alpine skiers on Saturday, February 11, at 12:00 p.m.

Goggia missed the match after falling

Olympia delle Tofane hosted the fifth super-G of the winter (out of nine). Finally in St. Antonu was celebrated by Federica Brignone and Lara Gut-Behrami. In St. Moritz was fastest by Mikaela Shiffrin as she won the opening race in Lake Louis Corinne Suterwho is not at the start due to a slight concussion after falling on Friday’s downhill.