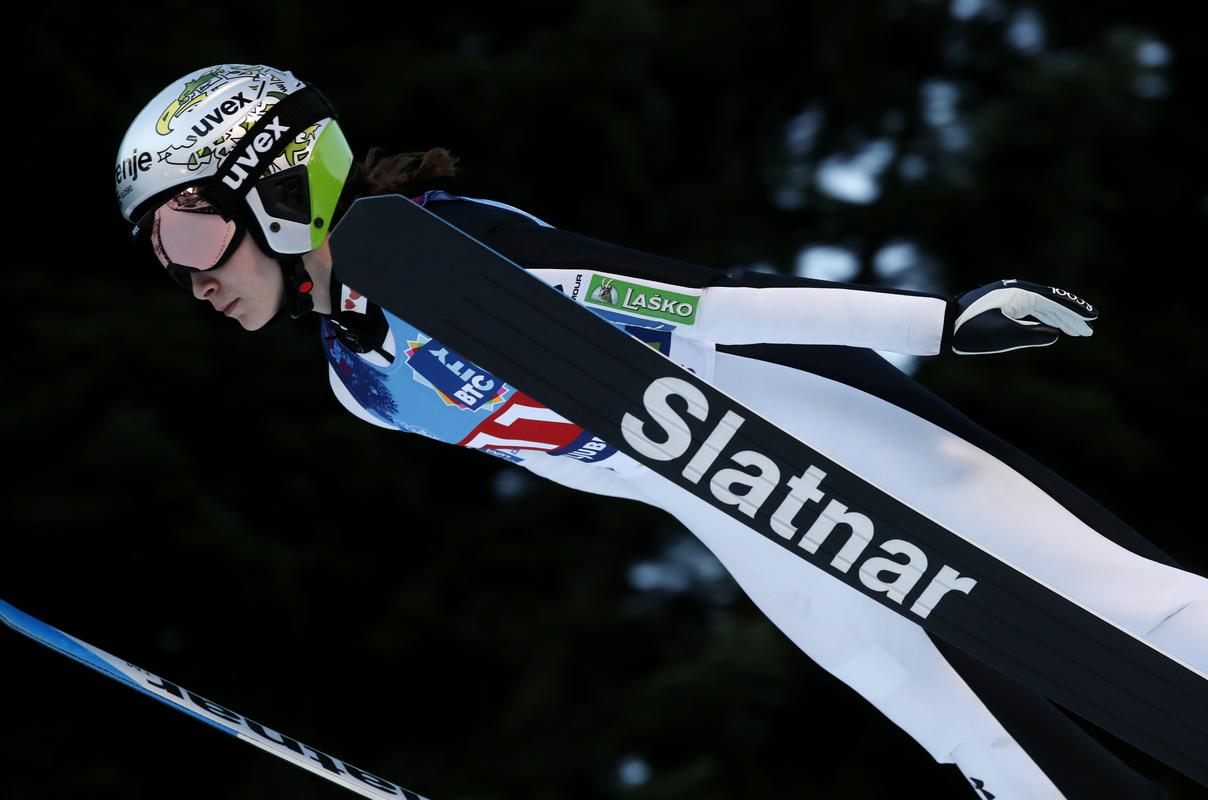 Prevc is in bad weather conditions, the whole match was snowed, in the end she won with a big advantage of 23.3 points over Switzerland’s Sina Arnett and the Czech Anežka Indrackovo.

“It is true that it is the second Ophemus and the second victory, but I was still nervous because you have to prove yourself again in every match. Also, the first jump didn’t go too well for me, so I’m glad I pulled myself together for the second one,” said Prevc after the victory.

Only 22 female competitors jumped in the competition, while the men’s individual test on the same ski jump is already underway. On Wednesday, there are also team trials in the women’s and men’s competition.

“I am very happy that the other girls also showed good jumps. This shows that we are very strong as a team and can reach high,” Prevc added about the expectations for the team competition, where the jumpers will attack for a new medal.

The cross-country skiers also worked in the morning. The Italian Gabriele Malti won the 10 km individual test ahead of the Swedes Simon Nordlander and Hugo Nilsson. The best Slovenian was in 28th place Bor Petrovičwho was two minutes and 21 seconds behind the winner.

Speed ​​skating also ended the performances Dina Span at a distance of 500 m. She finished second in her first run and qualified for the quarterfinals, where she finished third and missed the semifinals by seven-tenths of a second. In the end, she took 11th place.

Opening of the exhibition of original forgeries by Marcelo Valentini in the Vžigalica GalleryWhile studying painting in Italy, Marko Premrl, who works under the...
Previous article
Bombo Fika denies returning to Biña after praising routine at Ormue: ‘He lost his identity’
Next article
Kylie Jenner’s Weekend: Revealed Her Son’s Weird Name and Was Wearing a Lion on Her Dress?