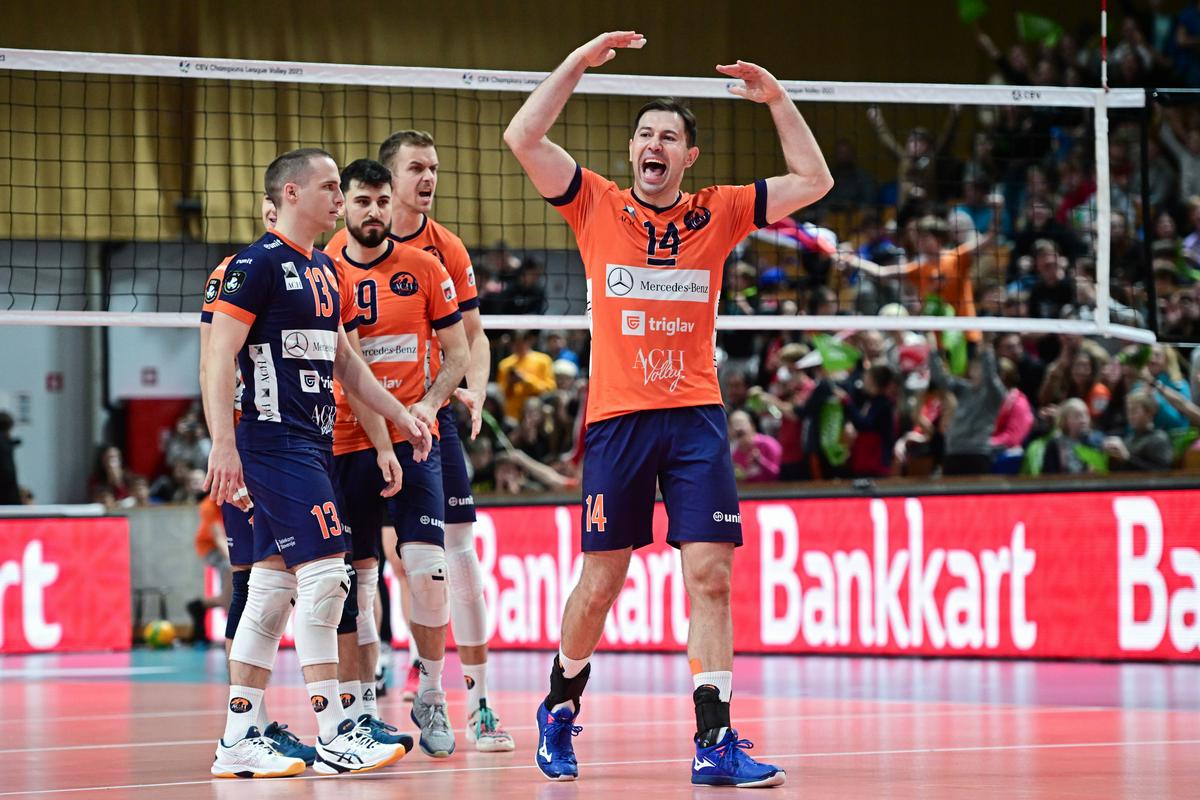 The main task will be to fix the reception

ACH Volley will play one of the most important matches of the season on Wednesday. In the last round of the Champions League preliminaries, they will visit Ankara, a direct competitor for the second place in the group and thus advance to the knockout stages.

The Ljubljana team must win, the point that comes with a 2:3 defeat would otherwise mean that the teams would end up tied on points, and in international volleyball the number of victories and not the number of points decides, and both teams have won twice so far. ACH was twice better than Dürn, and with one victory against the Germans, the Turks also won the first match between them in Ljubljana.

At the end of November it was 2:3 in Tivoli. ACH took a 2-1 lead, then lost the next two otherwise tied sets. The Turks were better than the Slovenian champions especially in the service, so the main task will be the wards Radovan Gačiča, to fix reception. The trump card for this could be the Croatian national team Filip Sestanwho did not play in the first match.

In the last week, Gačič had a lot of problems with illnesses in the team, and the rhythm of the matches was exhausting, so the players are already feeling tired. But in Turkey, where they are facing a match against a quality rival who has particularly good results on their home field, they plan to grit their teeth and get what they can. They have already secured third place, which leads to the quarterfinals of the CEV Cup.

“We are aware of what victory brings and what defeat brings. We are doing everything in the direction of leaving Ankara satisfied. I am counting on the fact that we will be able to upgrade the game from Ljubljana and eliminate the mistakes from the first match.” Gačič said.

Brooklyn crushed the weakened Lakers in the last quarterDallas basketball players do not find the right form in January. They are currently in...
Previous article
US conglomerate 3M plans to cut 2,500 jobs worldwide.
Next article
Gina Lollobrigida leaves half of her inheritance to young assistant despite criticism from family