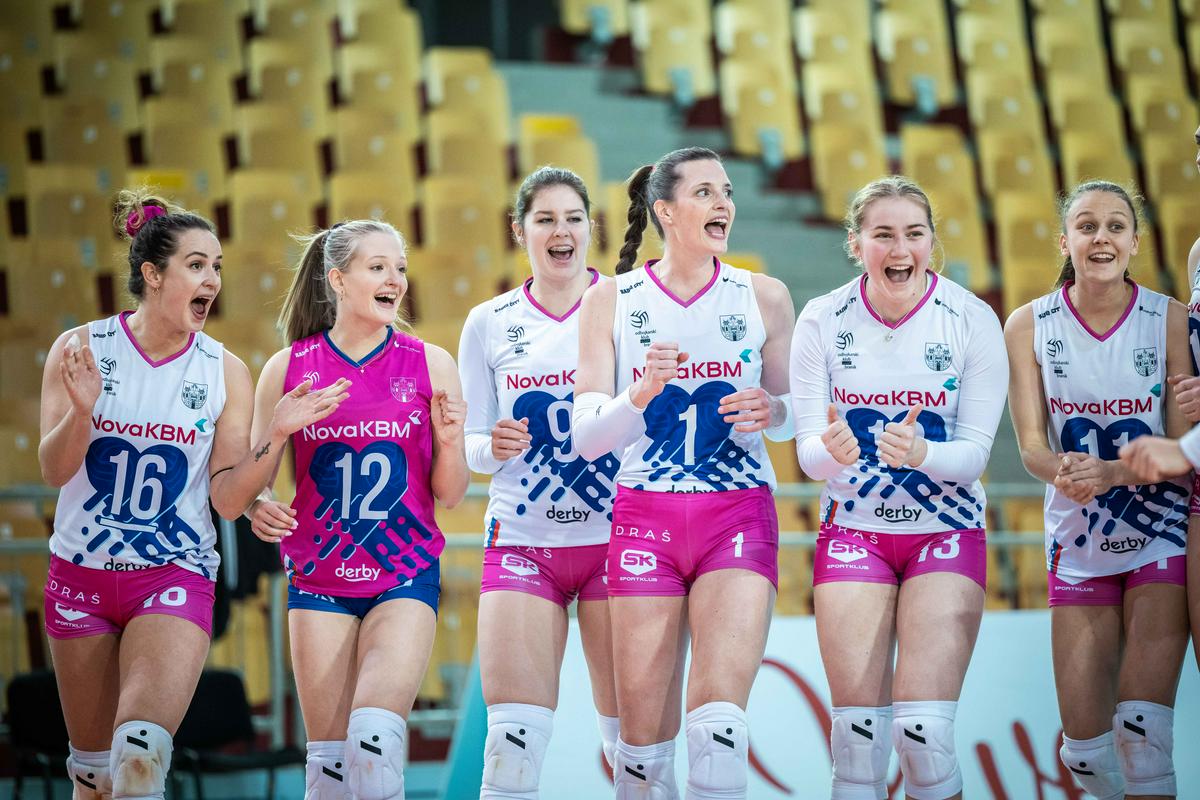 The volleyball players of Nova KBM Branika defeated their biggest rivals, the players of Calcit Volley, 3:2 (19, -20, 18, -21, 13) at the third tournament of the Central European League (Mevza) in Maribor.

The players of the most successful Slovenian clubs of the last decade met for the second time in the season. In the match of the national championship, the Gorenj women were better in Kamnik, who were also the favorites on paper this time, but the Maribor women have already shown several times in recent years that they can make life miserable for the current champions. Their presence also boosted their optimism Ize Mlakarwhich played its first derby in more than two years.

Even in the stone row, which otherwise missed Lucy’s help Charuk and Maše Pucelj, played for the first time in the season after complications with the registration Fatumata Shillah, so viewers could also watch a shooting match between two excellent proofreaders. It was won by Mlakarjeva with 31:28, who could have been even happier about the final victory.

The match was very even, the Maribor women led twice, the Kamni women equalized twice, so it was decided “you break“. In it, the guests took an 8:5 lead, but the second part of the set belonged to the hosts, mainly due to good serves and a series of mistakes by their opponents.

For the Maribor women, where the experienced Monika Potokar did not play, in addition to Mlakar, the young Ronja Štampar also proved herself, she scored 14 points, of which Friday with blocks. The guests were better in this element, scoring 15 points with it, one third by Sara Hutinski.

Previous article
2023 School Supplies Bonus? What is the Mineduc Program and how do I know if I am a beneficiary?
Next article
Norwegian tourists try traditional ‘wine and melon’: reaction goes viral