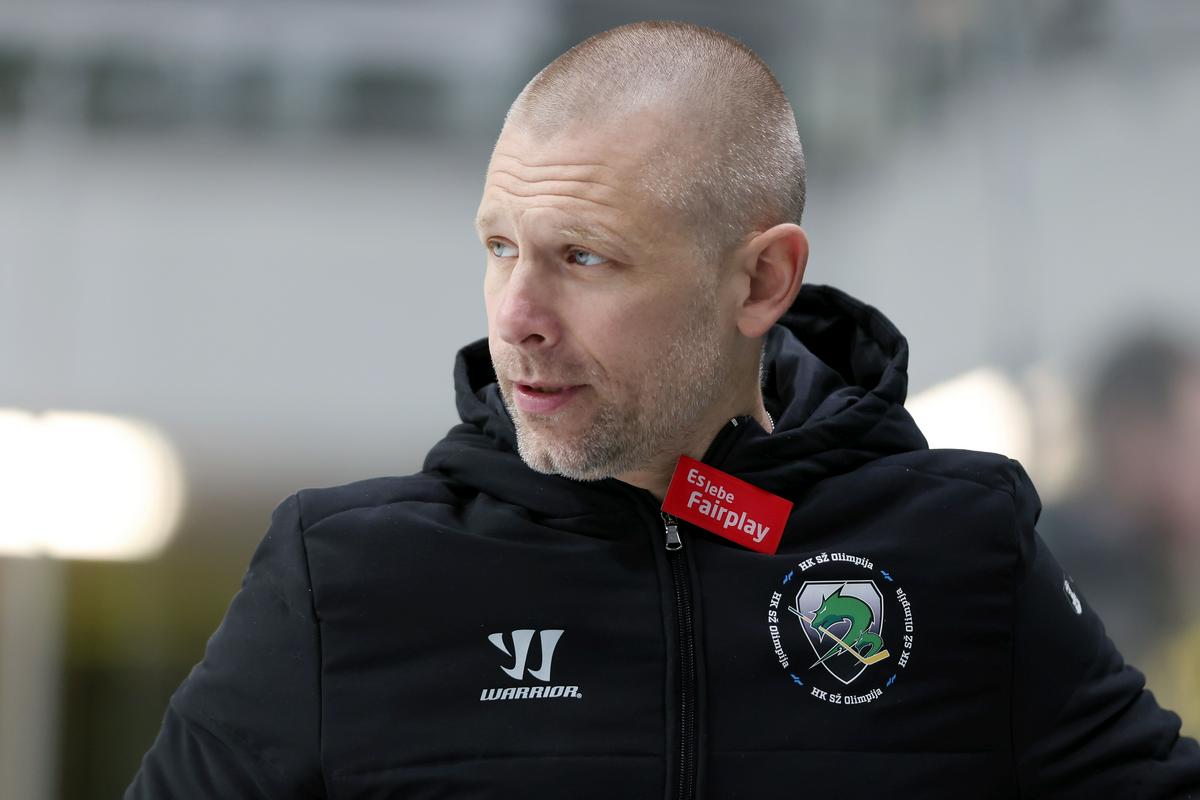 In the match against the Red Bulls, the Dragons were led by assistant Matic Kralj

“I assessed that currently my departure from the position of head coach is the best way for the team to string together better results,” Mitja Šivic wrote in the press statement that left SŽ Olimpija without a head coach on the day of the match with Salzburg in the IceHL League .

“The fact is that we tried several different things to improve in one way or another, and I judged that at the moment my departure from the position of head coach is the best way for the team to string together better results,” the 43-year-old coach said in a statement.

After five defeats, they fell to the bottom of the league

It’s with Olympia Mitja Šivić achieved 11 wins and 25 losses in 36 games in this season of the expanded Austrian ICEHL championship. The Ljubljana team is currently in 12th place among the 13 teams in the league, with 33 points tied with bottom Vorarlberg.

The Slovenian national champions, who defeated their eternal rivals SIJ Acroni Jesenice 2-0 in the final in the first half of January, have suffered five consecutive defeats in the IceHL under the leadership of Šivić.

“I respect Mitja Šivica’s decision, but I don’t care. We achieved great success together, built a long-term story, and I am sure that our paths will cross again. I thank Mitja for his energy, commitment and team management. Carl got a really great offer from Germany and we didn’t want to hinder him from taking a step forward in his career. For us, this is proof that we did a good job.” the president of the club said about the two personnel changes Miha Butar.

At the same time as Šivic, the Canadian defender is also leaving the Ljubljana team Carl Neill, which moves to the German league (Del). Neill, 26, has six goals and 18 assists in 36 games this IceHL season, but has not played in the national championship.

The club is looking for new players and has already started talks with candidates for the head coach, they wrote in a press release.

Defeat against Salzburg with 1:5

Tuesday evening’s postponed game between Olimpija and Salzburg in the Tivoli Hall was led by an assistant coach Matic Kralj. Green and white lost 1:5 after conceding the last two goals in the last two minutes.

In the last 14 matches, Olimpija has won only once and is further away from qualifying for the playoffs.

Us prevented a higher arrears

The beginning was otherwise optimistic. Olimpija took the initiative, Nik Simšič had the first chance, who shot over the goal from a favorable position. Soon after, the home team still had a numerical advantage, there were a few attempts, but they were not particularly dangerous. As many times in the season, the player was not used anymore, and then there was a mistake in the defense and the leadership of the rivals.

He beat goalkeeper Žan Us with a precise shot in the 8th minute Ty Loneyand until the end of the first period it is Peter Schneider Showed the people of Ljubljana how to use the “power play”. The Austrians had a few chances before the first break, but the Us prevented their superior leadership.

The advantage of the visitors was even greater in the second third, the real miracle was that they did not increase the lead. They wove a net around Uso’s goal, but he did not let himself be beaten, but when he conceded a goal, he was saved by the referee’s review of the tape, which found that the Austrians had previously been caught in a prohibited position.

Kalan the only scorer for Olimpia

Luka Kalan gave his team some hope with a goal in the 42nd minute, but it was quickly dashed. After the shot Paul Stapelfedt three minutes later, Usu had the puck slip away and stop just behind the line. It was necessary to watch the tape again, this time the findings were not in favor of the hosts.

The people of Ljubljana tried to reach a favorable result until the end of the match, but only the rivals shook the net. According to the home fans, the fourth goal was suspicious again a good minute before the end of the match, as the Salzburgers were said to have improperly obstructed the Usa. A third viewing of the recording did not confirm this. The Austrians scored the fifth goal four seconds before the final siren with an extra player.

The decision was taken by the General Assembly of Gen-IPrime Minister Robert Golob signed an agreement which, according to the decision of the Gen-I...
Previous article
They ask the TSE for a mitigation plan for possible violations
Next article
Angela Bassett Competes for First Marvel Actress Oscar-nominated: ‘Black Panther’