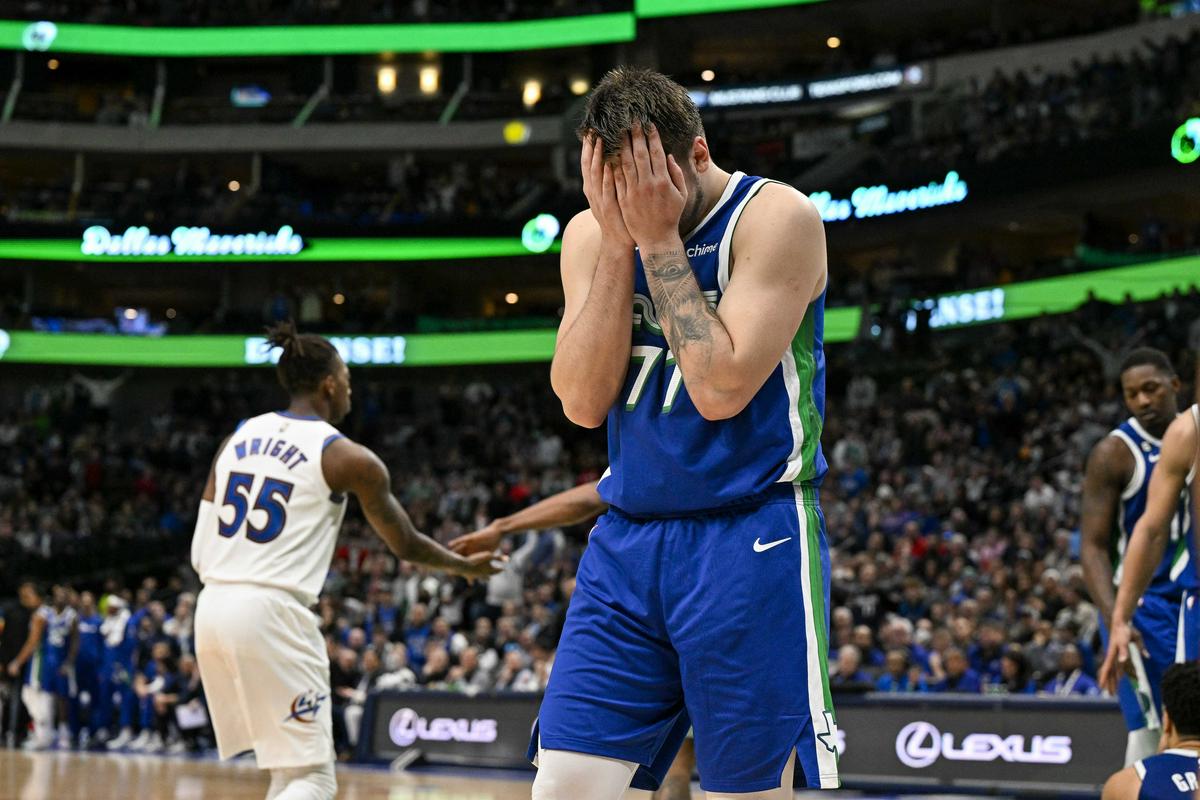 Luka Dončić contributed 41 points, 15 rebounds and 6 assists, but lost the ball in the last action of the game. Dallas experienced a bitter defeat after a tense playoff against Washington with 126:127.

The Wizards led most of the game without the injured Kristaps Porzingis, who received a special tribute on the big screen after the opening quarter and applause from the stands at the American Airlines Center.

12 seconds before the end, Dončić tied the score at 126:126 with the first free throw, but missed the second. The native of Ljubljana then pushed Kyle Kuzma into the car and received a personal foul. Kuzma hit just his second free throw and the Mavericks had five seconds left for their final offense.

After a minute of the break, first Delon Wright blocked Dončić’s pass with his foot. With three seconds left, Wright stole the ball from Dončić and the clock expired.

City derby in Los AngelesIn Los Angeles, where the Lakers host the Clippers. Jezernik’s newest addition, Rui Hačimura, has not yet trained with the team and will not be in the squad. The medical service is trying to get Anthony Davis to play as early as Saturday in Boston. For the Clippers, Luke Kennard and John Wall are injured.

Lakers without James and Davis against BrooklynDallas basketball players do not find the right form in January. They are currently in seventh place...
Entertainment

How many games could Fito Zelaya and Ronald Padilla miss after their altercation?

Elmer Bonilla Former FIFA Referee He gave his take on possible sanctions that could apply to...
World

Previous article
‘Not Relevant’: Alberto Fernandez Lowers Profile After Audio Leak From Chilean Foreign Ministry
Next article
NASA will launch a nuclear rocket into space in 2027.