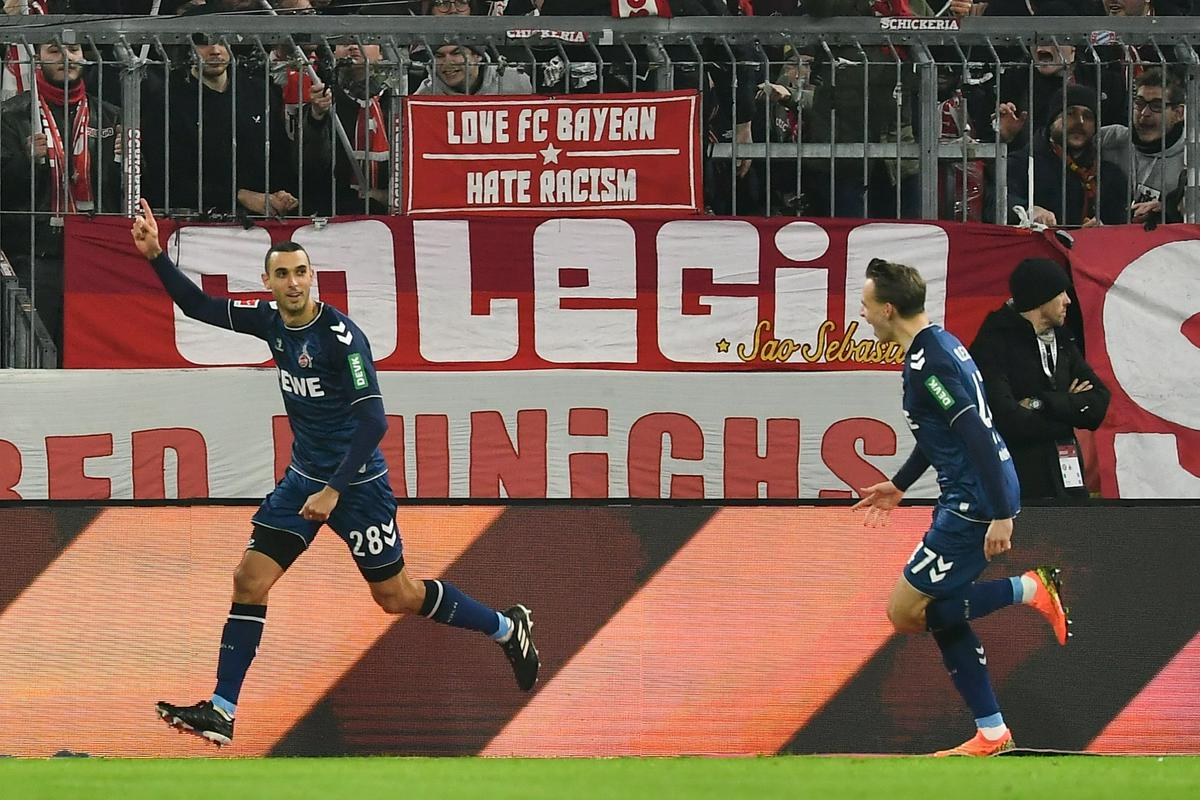 The Red Bulls ran wild in the Veltins Arena

Bayern’s players have not yet found the right rhythm after a long break in the Bundesliga. In the last round of the first half of the championship, they parted ways with Cologne without a winner at the Allianz Arena (1:1). The point was saved by Joshua Kimmich with an outstanding goal in the 90th minute.

After the draw in Leipzig on Friday (1:1), Bayern’s management announced on Monday that they had parted ways with goalkeeper coach Toni Tapalović. Tom Starke has become the new goalkeeper coach. Tapalović is a long-time friend of Manuel Neuer, who is currently injured and will not play until the summer. Yann Sommer is now the number one in goal for Bayern, who has made the competition much tougher. The promising Alexander Nübel is on loan to Monaco until the end of June.

Köln last beat the Bavarians on February 5, 2011, when Milivoje Novaković scored twice. Little goats came back from a 0:2 deficit and shocked Bayern with 3:2. On Friday, they beat Werder 7:1 and their excellent preparation was also confirmed in Munich.

Shkiri shocked the Bavarians in the 4th minuteKöln took the lead in the 4th minute, when after a corner pass, Julian Chabot extended the ball to the far post with his head, where Ellyes Shkiri pushed it into the net with his right foot.

After a quarter of an hour, the series German champions closed for the first time. Serge Gnabry, who was filling the tabloids for attending Paris Fashion Week after a poor performance in Leipzig, shot from the left but goalkeeper Marvin Schwäbe deflected the ball into the corner.

The guests defended disciplinedly and after half an hour launched a school counterattack, and Sommer deflected the ball in front of Shkiri at the last moment. The Bavarians stepped up the tempo, but there were no distinct opportunities. In the last minute of the first half, Benjamin Pavard attempted a powerful shot, and Leon Goretzka headed the ball past the goal.

Coman and Müller livened up Bayern’s gameJulian Naglesmann returned to the coach’s bench very quickly, the instructions during the break were short. Ryan Gravenberch and Kingsley Coman entered at the start of the resumption. The Frenchman really livened up the game and in the 54th minute he also missed an opportunity to equalize.

Cologne coach Steffen Baumgart was skipping along the touchline in a short-sleeved T-shirt in winter temperatures. He motivated his protégés, who defended themselves wholeheartedly. In the 79th minute, Coman made a pass from the right in front of the goal, where substitute Thomas Müller blocked with a header, but Schwäbe proved himself with a parade.

In the final minutes, Bayern played it all or nothing. All Cologne players were squeezed into the penalty area. In the 88th minute, Eric Maxim Choupo-Moting already beat the Schwäbe goalkeeper, but then hit the post from the left side. The side judge raised his flag and the potential goal would be disallowed.

Kimmich’s masterpiece from 30 metersIn the 90th minute, Köln striker Davie Selke made a very poor clearance from the penalty area. Dayot Upamecano passed to Kimmich, who had plenty of space. He decided to shoot from 30 meters with his right foot. He masterfully sent the ball off the crossbar into the net. The German international saved the point with a masterpiece.

There were still three minutes of extra time on the schedule. Coman escaped down the left side and shot dangerously, but defender Chabot deflected the ball into the corner. The visitors deservedly celebrated the point, although they only had 22% of the ball.

Baumgart won a point against Bayern for the first time“I have to admit that Bayern deserved a point. It is true that they equalized in the 90th minute, but they had a huge advantage in the second half. My wards have squeezed out the maximum, they are all exhausted. We can be satisfied,” said coach Baumgart, who was looking forward to a point against Bayern for the first time.

Nagelsmann: At the moment we cannot put together a good 90 minutesNaglesmann was of course in a much worse mood: “The first half was very bad, but I am satisfied with the second half. Cologne stood in the penalty area with eleven players and it was difficult to score. We quickly fell behind and that ruined our plans. Right now we can’t put together a good 90 minutes. If we had played the whole game like we did in the second half, Köln wouldn’t have had a chance.”

In the 7th minute, the Red Bulls launched a counterattack. Timo Werner set up the ball for Andrej Silva, who sent it into the net with his right foot from 20 meters. Benjamin Henrichs converted Dani Olm’s pass after a quarter of an hour. Silva scored for the second time in the 44th minute, and Werner scored in the second minute of added time in the first half. The excellent Olmo scored the third pass.

Soichiro Kozuki made it 1:4 after a mistake by the Red Bulls’ defense in the 56th minute. Olmo crowned the dream night with a goal, and Yussuf Poulsen set up the final result after a pass from Kevin Kampl. The former Slovenian international came on in the 85th minute and a minute before the end of regular time, he proved himself with a precise pass with the outside of his foot.

Leipzig without Kampl only up to a point in CologneSebastien Haller provided the story of the 19th round of the Bundesliga. The Frenchman...
Previous article
Salvadoran teenager arrested for raping and strangling autistic woman in Maryland
Next article
Concepcion Challenger: Taviro got up on time to avoid a ‘black’ day for Chilean tennis players