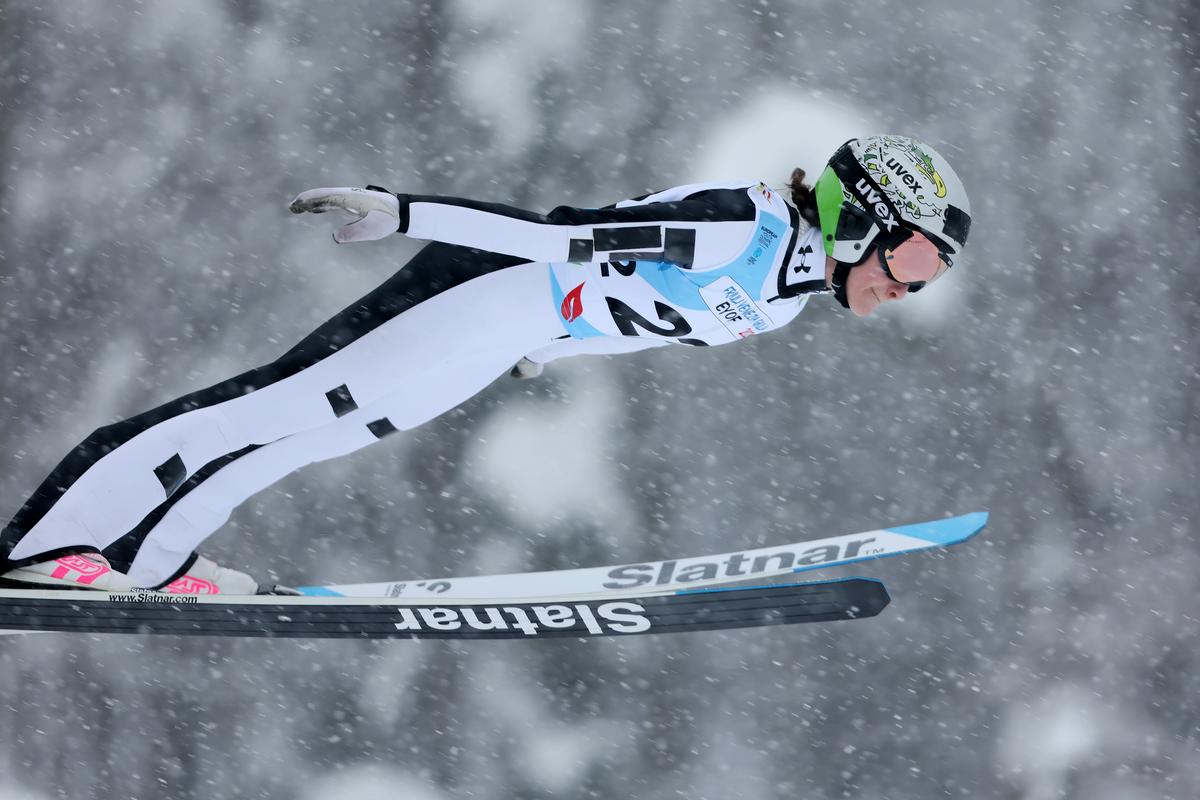 The collection of medals continues

The Slovenian women’s ski jumping team won the third gold medal for Slovenia in the team competition at the 2023 Winter Olympic Festival of European Youth (OFEM) in the Italian Friuli-Venezia Giulia region.

Young Slovenian sportsmen and women won three awards at Ofem, all of them the most prestigious. The first gold medal for Slovenia was won by Nika Prevc in the individual competition, and on Tuesday the biathlete Pavel Troyer won the 7.5 km individual sprint.

They were really big favorites“Team matches are always something special. I enjoyed it, I can see that the girls did too. I have to admit that we really were the big favorites, but we have to wait until the match is over. First of all, I would like to congratulate the girls, coach Juri Tepeš and all the accompanying to the staff who helped along,” said the head coach of the Slovenian women’s national team after the match Stanislav Baloh.

The male part of the national team had a lot of bad luck in the team match. Nick Heberle was disqualified in the first series. In the second are Heberle, Luka Filip, Nik Gostiša Lah and Enej Faletič almost made up the gap to the leaders but ultimately finished just short of the winners’ podium in fourth place. The gold was taken home by the Austrians with a big advantage over the Poles and the Germans.

The Austrian wins in the slalomAlpine skiers also completed their first test. The Austrian celebrated in the slalom Leonie Raichwho was 89 hundredths of a second ahead of the German Laila Illig and a Swedish woman Moo Landström (+0.91). Ana Merc finished the match in 28th place, Hana Andolšek Vertovšek was the 29th, Dot Pepevnik well 32. Ana Bokal she resigned in the first run.

Tirloy a class unto itselfCross-country skiers finished the 5 km individual test in Sappada. The French won by more than half a minute Margot Tirloy before Finka Silva Kemppi and a Swiss woman Estelle Darbellay. She finished the highest among Slovenian women, in 40th place Long live Melihen (+2:17.4). Buckwheat Šmit she was 42 Manca Katrasnik 44. and Mina Repe 49.

The first victory for the Slovenian curling teamSlovenian snowboarder on the snow Aljaž Sladič qualifications in the snow park discipline awaited him, where he earned a place in Friday’s final with sixth place. The Swiss won the qualification Elias Lehner. The Slovenian mixed curling team achieved its first victory. After the morning’s defeat against Latvia with 1:8, the lineup is Ajda Zaveljcina, Pavla Kavčič, Lenart Volk and Vid Berlot beat Bosnia and Herzegovina 10:3.

Offenwanger gold in ski crossFigure skaters and figure skaters also performed for the first time. She represented Slovenia in the women’s competition Klara Sekardi, who took 25th place in the short program. A German won the gold medal in cross-country skiing Nico Offenwangerwho defeated the Swede in the grand final by William Young Shing and a native by Paolo Piccolo. In the women’s competition, the Swiss celebrated Chiara von Moos in front of the German woman Matthias Fersch and a Swedish woman Alexandra Nilsson. Lana Pušnik and Amadeus Kobe were eliminated in the quarterfinals. Spain won the mixed team final in ski touring ahead of Switzerland and Italy. Slovenia did not have a representative.

The funds will go to two Baptist churches that played a key role in his lifeFashion icon André Leon Talley passed away last year,...
Previous article
Due to overcrowding, Maribor’s child psychiatry is starting work in a prefab annex
Next article
According to the Pope, homosexuality is not a crime