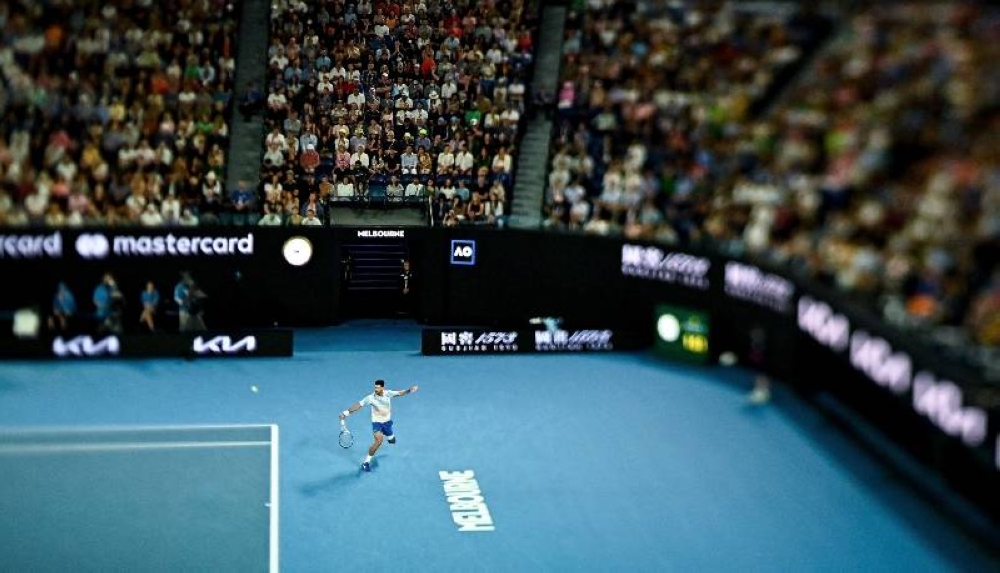 Australian Open Banned the display of the Russian flag at Melbourne park facilities last week After the symbols of the country appeared during the match between Ukrainian and Russian players.

However, according to a video posted on social networks, a group of fans hoisted Russian flags around the stadium, one of which had the face of President Vladimir Putin painted on it. Rod Laver Arena after the match between Serbia’s Novak Djokovic and Russia’s Andrei Rublev.

“(State) Victoria Police have stepped in and are continuing to question them,” it added in a statement also picked up by the Herald Sun.

AFP contacted Tennis Australia but did not immediately hear back. Unlike Wimbledon, which banned Russian and Belarusian tennis players last year, the Australian Open allows them to play under the banner of neutrality.

The organizers came under fire after the Russian flag was hoisted in the stands during the first round of the tournament. During the match between Katerina Bindl of Ukraine and Kamila Rakhimova of Russia.

Following complaints by Ukraine’s ambassador to Australia, the tournament announced the following day that the flags of Russia and Moscow’s ally Belarus were “banned at the Australian Open”.

A maximum of three players from the following countries will compete in the individual Grand Slam semi-finals: Victoria Azarenka and Alina Sabalenka from Belarus and Karen Khachanov from Russia. Additionally, Elena Ryvakina, who was born in Russia and hails from Kazakhstan, is also in her penultimate round.