Joventut beat Olimpija with 13 consecutive points in the playoffs 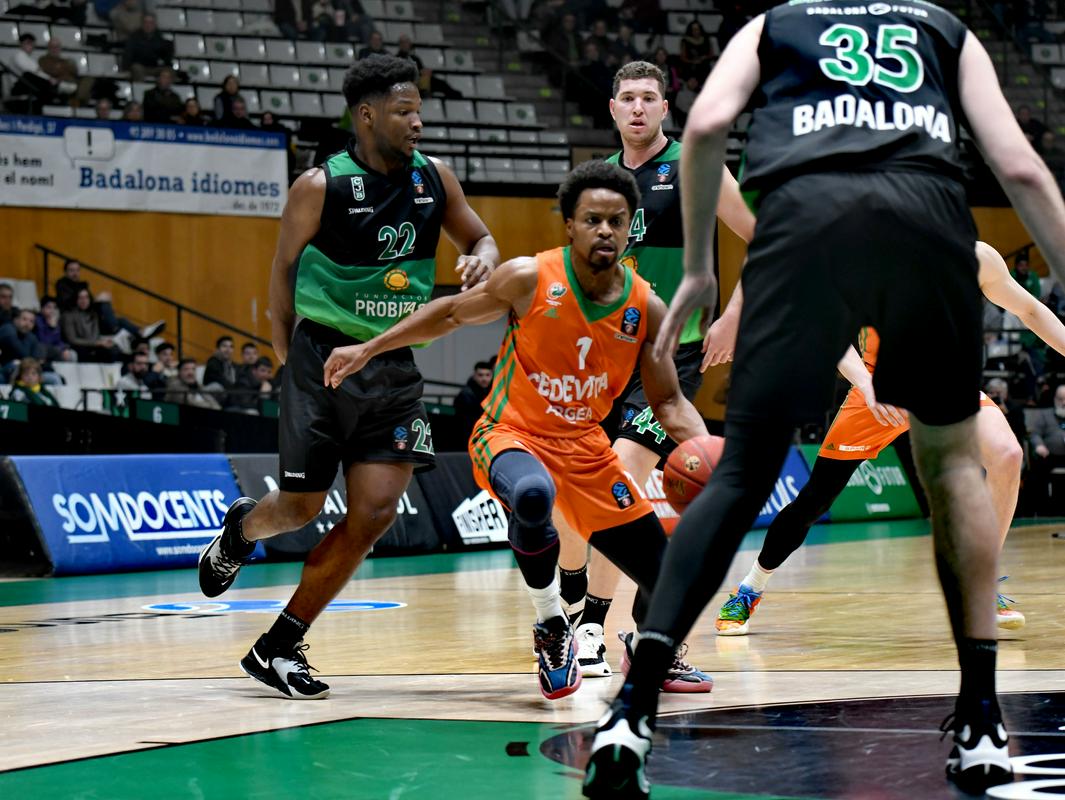 The Dragons remain at the bottom of the table

Cedevita Olimpija’s basketball players had a six-point advantage five minutes before the end in Badalona, ​​and then Joventut secured a decisive advantage with a partial score of 13:0 and looked forward to a 96:91 victory. The Dragons remain on two wins in the European Cup.

The Ljubljana team is in last place in Group A with six games to go before the end of the regular season, and they are three wins behind the eighth place, which leads to the elimination fights.

The Spaniards rallied after a poor startThe people of Ljubljana started the meeting decisively and in the third minute Edo Murić took advantage of the sleepy start of the hosts with a three-pointer (0:7). Ferrell went up at 3:12 and Joventut coach Carles Duran had to take the first minute of timeout. Guillem Vives quickly tied the game at 12:12 with two triples. After the first quarter, the dragons had a two point lead (19:21).

In the second quarter, Joventut had a minimal advantage throughout. Marko Jeremić cut the score to 48:44 with a three-pointer at the sound of the siren.

Olimpija kept the connection even in the third quarterIn the middle of the third quarter, the dragons took the lead (55:56), but then the hosts took control with a partial score of 11:1. They never managed to break away and after 30 minutes they only had a five-point advantage (70:65).

The Dragons didn’t score a point for more than four minutesThe hosts rallied after a minute of the break, especially in defense they played much more aggressively. Andres Feliz tied the score at 85:85 with a triple. Jurica Golemqac disagreed with the referee’s decisions and received a technical foul. Olimpija did not score a single point for four minutes and 12 seconds. Simon Birgander and Ante Tomić dominated the racket, Joventut led 92:85 with a minute and 20 seconds left. The people of Ljubljana were no longer able to pull themselves together.

Ferrell: When you’re up by six points, you have to be able to close the game“In the last quarter, we pulled away to six points with five minutes to go, and when you do that, you have to be able to finish the game. In the playoffs, we made some personal fouls, our opponents hit free throws. We didn’t manage to score. We need to raise our game defensively,” said Ferrell.

Umana Reyer from Venice is coming to Stožice in the next round on February 1.

KUD Apocalypse, 2022Aleš Jelenko established himself in the Slovenian literary space with the short prose collection Zgodbe iz podtalje, a collection of dramatic texts...
Previous article
‘Pilot’s Eyes’: a novelty that promises to give the public a true Formula 1 experience
Next article
Cristiano before parting with international team: ‘Bayern or Chelsea if not parting’