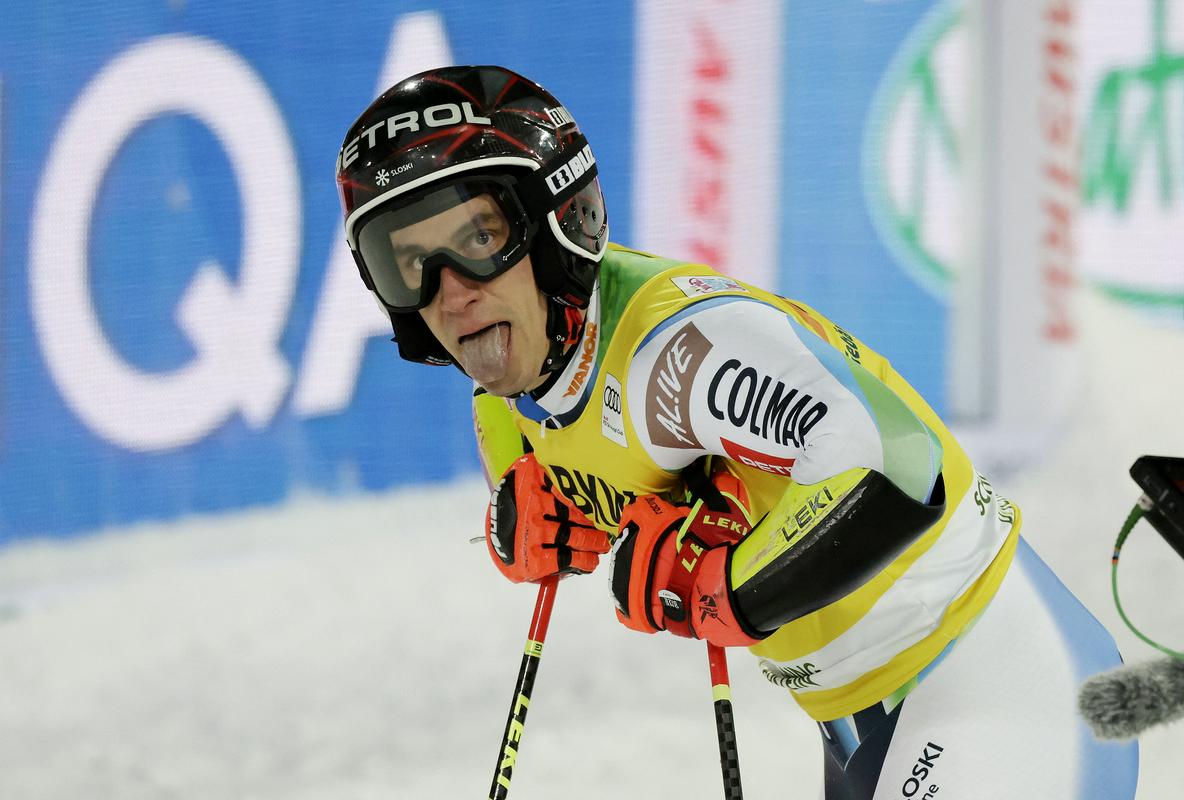 Odermatt canceled the performance due to a minor injury from Kitzbühel

After Tuesday’s slalom spectacle under the spotlight, a day later there was a men’s giant slalom for World Cup points on the Planai track. The winner was Swiss Loic Meillard, who was the fastest already on the first track. Žan Kranjec took sixth place.

After the first run, Meillard was 64 hundredths of a second ahead of his compatriot Gino Caviezel, in the end they were separated by five hundredths less. The Austrian climbed to third place from 14th Marco Schwarz (+0.81). The slalom specialist also placed on the podium in the giant slalom for the first time in his career.

Žan Kranjec was fifth in the last giant slalom before the World Championships in Courchevel in February after the first run (+1.65), after the worse middle part of the course he did better on the lower part on the icy surface. In the final, he lost a lot of his advantage over Schwarz already in the upper part, also made a mistake at the bottom and ended up in third place. His gap to the winner was one second and 41 hundredths of a second.

Stefan Hadalin was almost five seconds slower than Meillard on the first track and did not qualify for the final. He took 56th place.

“Sixth place is a solid result, but I’m aiming for higher places. I can take a lot of positives from the race. I blame myself more for the first run, where I built up quite a big gap. In the second, I attacked as much as I could, but there were smaller ones mistakes. There is still enough time until the World Cup to improve my form.” Kranjec said.

Coach Klemen Bergant and he said: “With the exception of a few turns on the last slope, it was a very flat giant slalom and every mistake on this snow structure cost even more time than usual. There were too many small mistakes, but we are satisfied with sixth place.”

Kranjec has been on the podium in three giant slaloms since October. He was second in the opening giant slalom of the season in Sölden, and he took third place in Val d’Isere and Alta Badia in December.

After six giant slaloms out of ten this season, Vodičan continues to occupy third place with 330 points. Only Marco Odermatt (460) and Henrik Kristoffersen (390) are better.

Fifth podium for Meillard this year

The 26-year-old Meillard won the World Cup for only the second time, almost three years ago he beat all the competition in the parallel giant slalom in Chamonix. He was 14th on the podium, for the fifth time this season, twice in the giant slalom (third in Adelboden) and slalom, and once in the super giant slalom.

Caviezel, who is four years older, enjoyed a successful career, so far he had two third places in the World Cup, including one in the giant slalom (Sölden 2020).

Giant slalom for the first time in the evening session

Schladming, where it is Boris Strel won the first Slovenian medal at the world championships in 1982 with a bronze, was an alternate location for the canceled giant slalom, which should have been in Garmisch-Partenkirchen. In the Austrian Styria, the giant slalom was held in the evening for the first time. They immediately decided that the race in the usual morning-afternoon schedule was not possible, because the competitors would not have enough rest after the night slalom.

At the giant slalom races of the World Cup in Are, Sweden, there were already some giant slalom decisions under the spotlight, but the lights were actually fully turned on there only in the second run.

This was the sixth men’s giant slalom for the World Cup in Schladming, Jure Franko took seventh place in 1985. The last giant slalom before that was held under the Planai mountain in 2013 at the World Championship. The American won Ted Ligety ahead of the Austrian Marcel Hirscher, the Kranjec was 22nd.

It was a short-term errorSome Twitter users were surprised to notice on Wednesday that they could not post new records, and were told that...
Previous article
The US is urging Latin American countries to donate their Russian weapons to Ukraine
Next article
Live and Finger: NBA All-Star captains pick teams the same night as the game