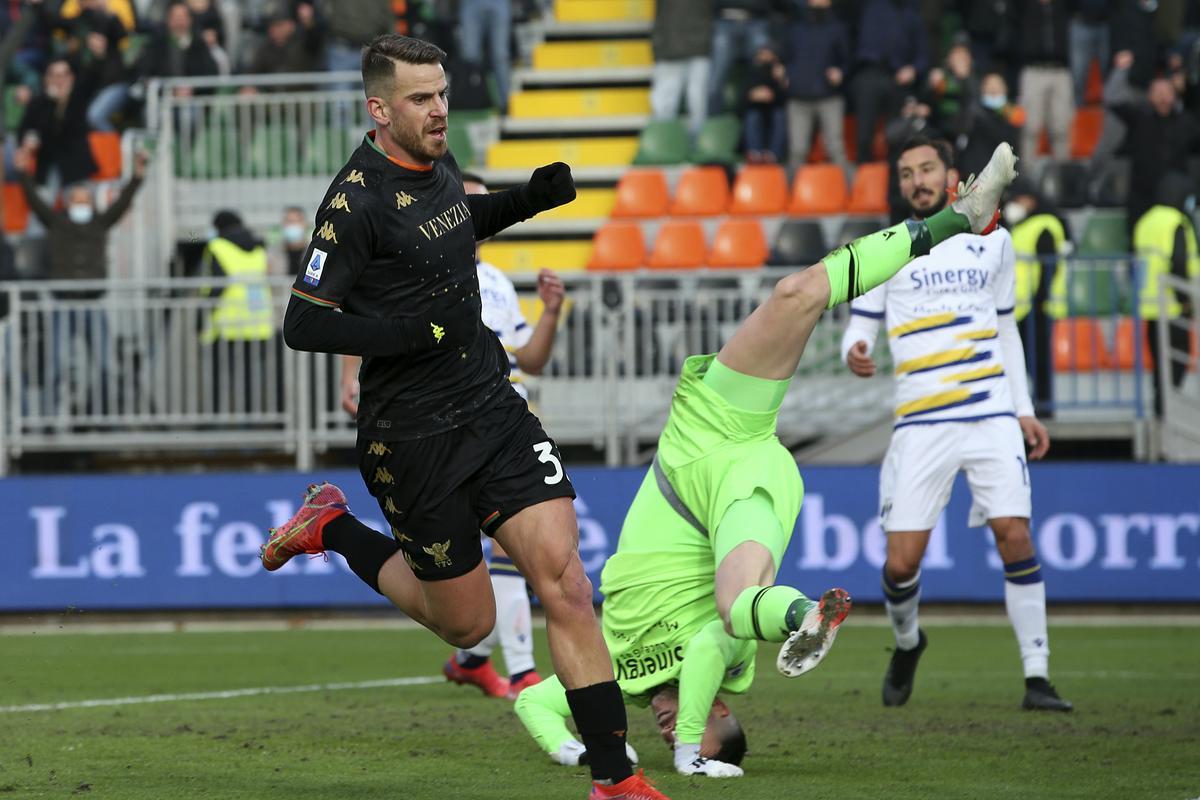 Another Slovenian will now play in Serie A. National team midfielder Domen Črnigoj is returning to the first Italian football league, as his second division club Venezia has loaned him to Salernitana, who are currently in 15th place.

Slovenian representative Domain of Črnigoj he already played with Venezia in Serie A last year (3 goals and an assist in 34 games), but was relegated from it last year. This year, the Venetians are doing extremely poorly in the second Italian league, as after half of the season they are only in 18th place in the 20-member league and thus on the way to another relegation, this time to the third league.

Črnigoj is one of Venezia’s better players, and mainly because of last year’s games, he attracted the attention of some Premier League players. Salernitana she agreed on a loan until the end of the season, after which she has the option to buy Črnigoj for 1.5 million euros, she also reported Gazzetta dello Sport.

At the exact halfway point of the 2022/23 season, Salernitana sit 15th in Serie A and six points clear of the relegation zone, putting them on course for survival.

In the current season, Črnigoj played in 18 out of 22 possible matches of Venezia, was substituted 11 times, and entered the game 5 times. The 27-year-old Škofijot scored three goals, contributed one assist and received 2 yellow cards. The former Koper and Lugano player is Matjaž Keko’s permanent choice, in the past League of Nations he was regularly used as a bench player, and he played 26 matches for Slovenia and scored three goals.

The president of the board emphasizes that it is only a temporary measureBetween 40 and 70 employees in Kidričevo's Talum have been temporarily sent...
Previous article
Abdusattorov before the last three laps in the best starting point
Next article
Slovenian scientists key to improvements in women’s sports shoes