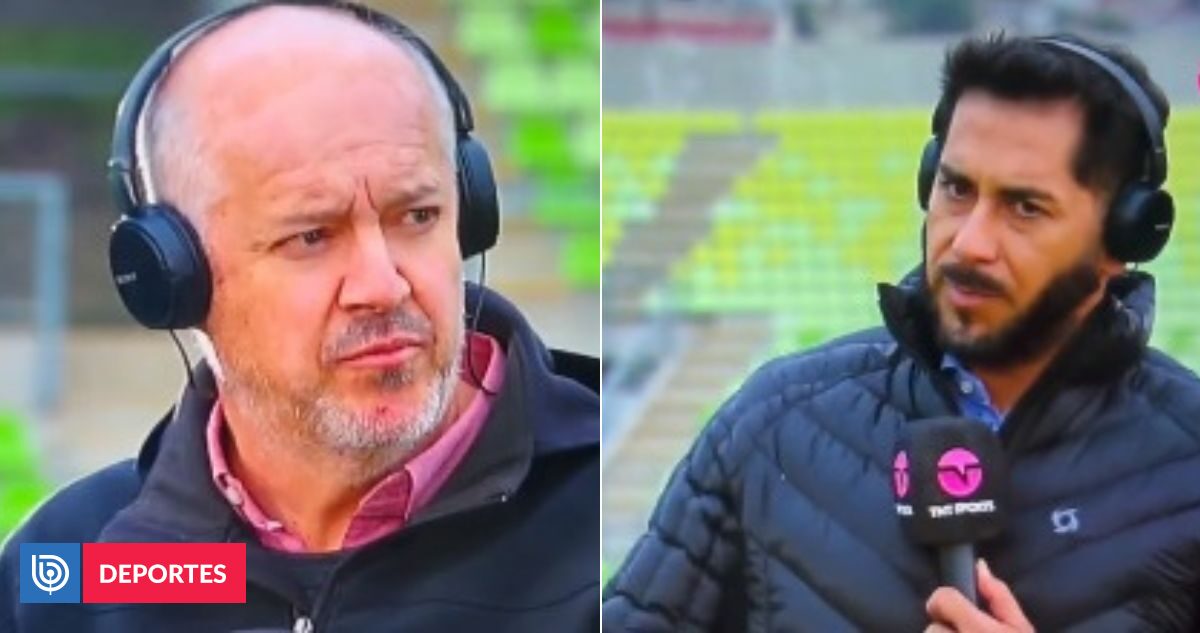 Johnny Herrera and Juan Tagle had a brief but intense crossing due to a Classic incident at Valparaiso.

All due to an incident with flares from the ‘cross’ fans that affected ‘blue’ goalkeeper Martín Pala after the suspension of the college classic, in which both teams played this afternoon for the Chilean Cup in Valparaíso. It had to be interrupted.

In this connection, Herrera and Tagle appeared on the post-match edition of TNT Sports’ program ‘Todos Somos Tecnicos’ and had a tough exchange as they discussed possible penalties and how the situation should be resolved. rice field.

And Tagle had already anticipated at the meeting that UC’s intention was to continue the game behind closed doors…of the game.

In this regard, Herrera questioned the sense of the pre-cordillera: “You were referring to not losing points to settle on the field, but from today onwards, what is exemplary of this?” There has to be a guy who shot the goalie, it wasn’t in the air,” he argued. “I’ve never seen a video of the launch.”

After cardboard, the former goalkeeper returned to the charge. “If you’re Meneses too, when they threw a roll of paper at Meneses’ head, I asked him to finish the game and keep his points,” he recalled.

Tuggle, on the other hand, bluntly replied, “Yes, but Johnny, it was 85 minutes.”

Finally, Tagle “returns the courtesy” to Herrera, stating that he is “giving an opinion on the shirt.” The entrevero was highly rated on social networks.

Johnny Herrera may not like me at all, but he was the only one who dared to question Juan Tagle’s words and actions. pic.twitter.com/8R6avN3FuC

Previous article
U provides official medical report by Martín Parra after initial studies: he will spend the night in hospital
Next article
Bolsonaro asks fans to wear the shirt of the Brazilian team in Sunday’s election