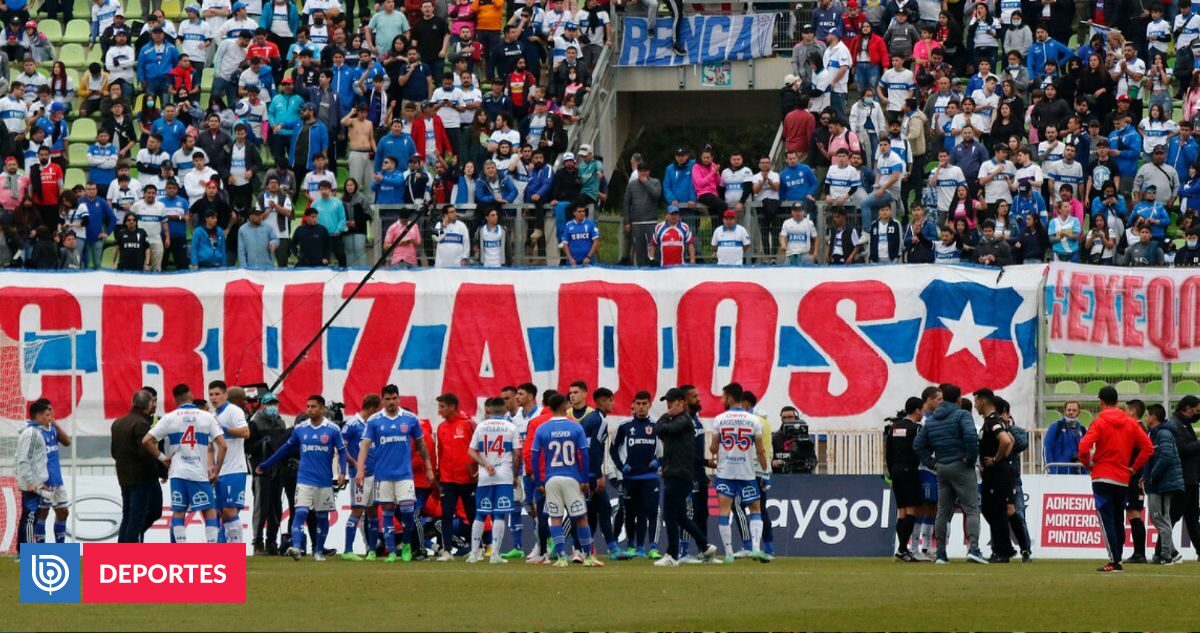 The Chilean Football Federation’s board of directors will meet this Thursday at 1pm to “analyze what happened and make decisions about the future of the match”.

The Chilean Football Federation (FFCH) has condemned the violence that occurred at the match between Universidad Católica and Universidad de Chile valid for the second leg of the quarter-finals of the Chilean Cup on Wednesday, stunting the normal development of the sporting spectacle.

The duel was interrupted by referee Felipe González in the 6th minute due to a fireworks display on the field which was received by University of Chile goalkeeper Martín Parra.

“All these and other records that we collect will be sent to the Autonomous Disciplinary Court and the Public Prosecutor’s Office so that those responsible may be punished,” the national football governing body said in a statement.

The Chilean Football Federation’s board of directors will meet this Thursday at 1pm to “analyze what happened and make decisions about the future of the match”.

ANFP league manager Yamal Rajab has revealed that the base “has no intention of giving the team a victory” because of the incident, so it will be decided whether the duel continues or ends. please.

In the latter case, both teams would have to take penalties in order for UC to win 1-0 and decide which team would qualify for the semi-finals of the Copa Chile.

The winners of the Prešeren Lifetime Achievement Award in 2023 will be multidisciplinary artist Ema Kugler and academic painter Herman Gvardjančič. Prešeren Fund awards...
Previous article
Juan Tagle refuses to end classic: ‘No one in football can keep it up’
Next article
Carabineros detained UC bars after incident in Valparaiso: 20 flares in backpacks.