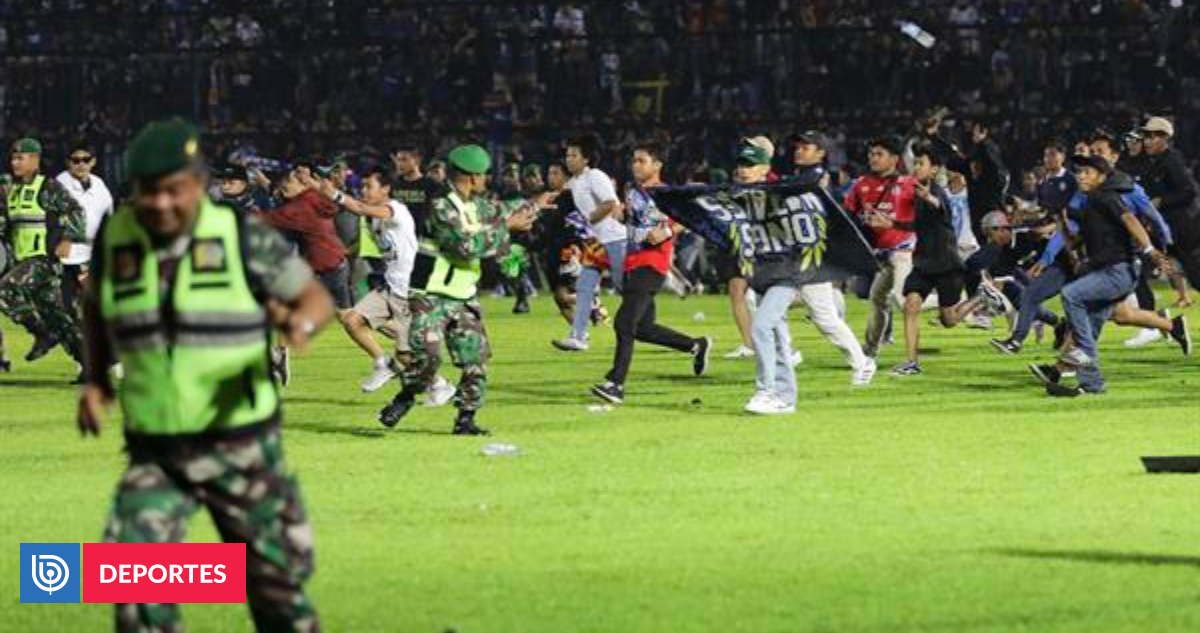 Javier Roca, the Chilean coach of Arema FC, spoke about what he experienced in the Indonesian stadium itself on the afternoon of the death of 182 people.

new tragedy mourning the sport of football around the world After the dramatic scene witnessed at Indonesia classic Arema FC and Persebaya Surabaya and it is Main audience is Chilean of recorded violent images.

national coach Javier Roca completed a few days ago a month ago under the command of Arema FC And lived that fateful night firsthand in Southeast Asia. The Chilean is a former player, focused on his career On the land of Indonesia, I took my first steps as a DT in that country.

To explain the situation, the National Coach’s team lost the Classic. Persebaya Surabaya 3 v 2 Then a real pitch battle erupted between the fans and the police on and around the stadium. Where 182 people have died so far.

I was contacted by a technical person CNN To whom did he tell the crude events he experienced in Indonesia. “In protest mode, the fans wanted to come into the field to yell and yell at us because we were losing. I don’t know if they would attack us.”

“In the end it got out of hand. The police had to dissuade them and chaos ensued. I was in the dressing room when the attack took place. When I came back from the press conference, there were a lot of people with breathing problems. It was a stampede, tear gas. Here we are talking about 182 dead.” he indicated.

Also, he detailed what happened team dressing room fans where he emphasized: “When I returned from the meeting, our dressing room was 25 in treatment for our players. Four people died in the players’ arms in the locker room.”

Indonesian football has experienced the darkest chapter in its history.

Police have confirmed that at least 127 people have died. Some of them died in the field.

“I was trying to blow air with my shirt or towel. Most of the people who died were suffocated. he added.

On the one hand, he argues that: Acts contrary to public order and morals That is due to previously recorded incidents in that country’s league. On this point, he pointed out: “A week ago with the team we played this game with, there was a home game, there was also a riot. The bar went into protest mode and burned ads.”

“The police did not resort to tear gas in that case. There were no fatalities. We are investigating why the police fired so many tear gas canisters.” he said.

Finally, the Chilean said: it was the most raw experience What he had to live with in relation to football. Javier Roca says: “I have never experienced anything this strong. When I played a big call match in Indonesia, We went out with tanks, but it was repeated. but this amount deceased, I never have”.

“I think the public reaction is because the team lost. There is much to learn that football is more than wins, losses and draws. A bomb causes chaos. It could have been avoided, but that’s speculation. ” Finished.

Previous article
In Bulgaria, according to parallel elections, the party of former Prime Minister Borisov is in the lead
Next article
Qatar 2022 organizer confesses to dreaming of champion Messi: ‘It’s very special for us’