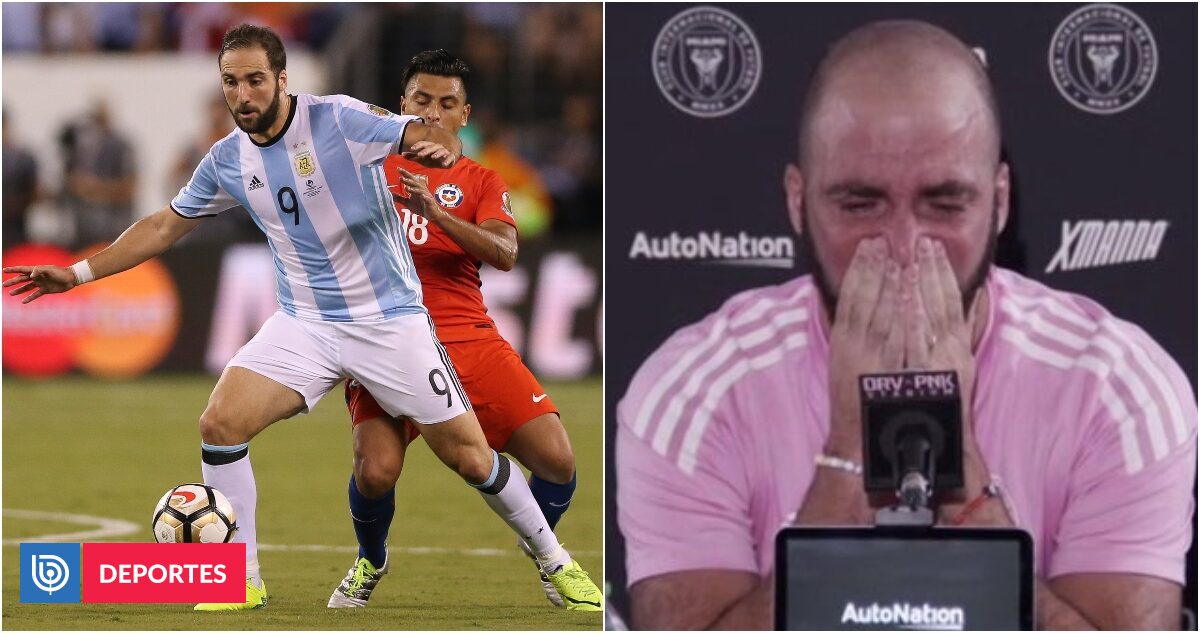 Argentinian striker Gonzalo Higuain has confirmed he will retire from professional football after the season ends.

This Monday, the Argentinian striker Gonzalo Higuain He plays for Inter Miami in the MLS (USA), but has announced that he will be leaving the world of professional football at the end of this season.

“The time has come to share the news that I have been processing, analyzing and preparing for this decision. It is time to say goodbye to football.” pointed out “Pipita” at a press conference and was visibly moved.

The 34-year-old goalscorer jumped to Europe at a very young age after starting his professional career with the Billionaires team, playing for Real Madrid, Napoli, Juventus, Milan and Chelsea.

Having had an impressive career at club level, he was also a very important reference for the Argentine national team. 31 goals in 75 games but his main memory is the missed penalty in the 2015 Copa America final against Jorge Sampaoli’s ‘La Roja’.

The Argentinian made his MLS debut in September 2020 in the final stages of Inter Miami’s first season. This season, ‘Pipita’ has scored his 14th goal and has performed well.

Higuain will play a key role in Inter Miami’s aspirations to reach the playoffs. Orlando City on Wednesday and Montreal on Sunday.

Moscow: The Union is thereby endangering its energy securityEU members have agreed on the introduction of a price cap for the oil that Russia...
Previous article
They assure Mark Zuckerberg bought UFC events for him and his friends: He infuriated fighters
Next article
Ten Hag explained why Cristiano Ronaldo didn’t play against City: His reason made fans more angry