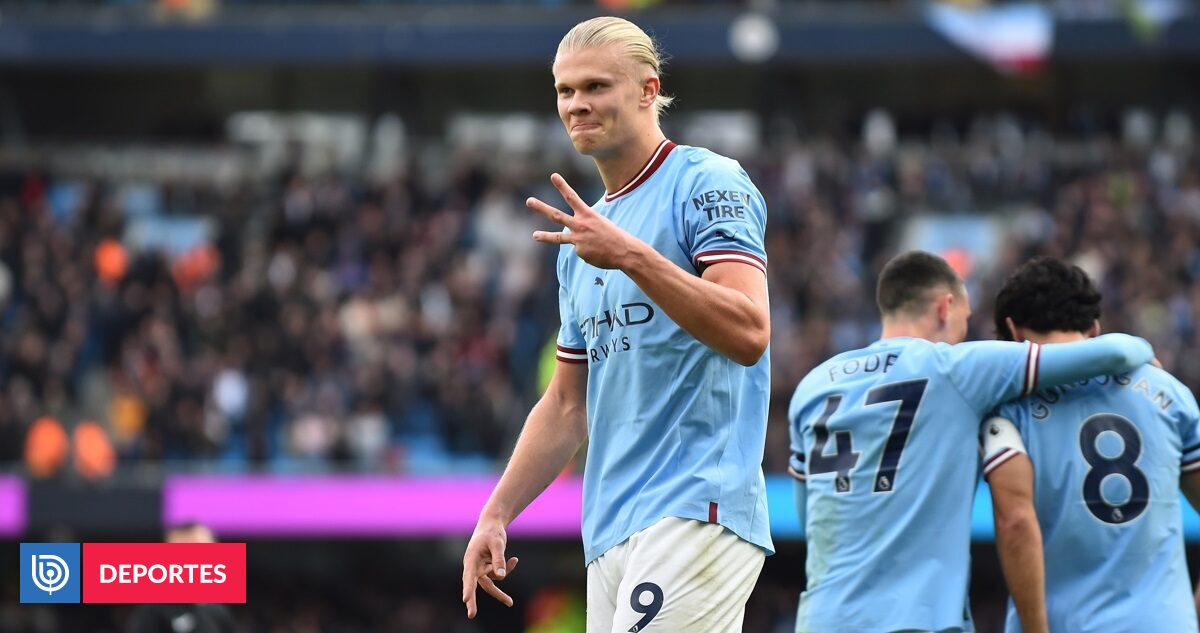 Manchester City manager Pep Guardiola has asked not to compare Erling Haaland to Lionel Messi because of the Norwegian striker’s scoring record.

Pep Guardiola Manchester City coach Erling Harland In the Premier League “they speak for themselves” and at this age “no one can compare to him”.

Fresh from scoring a hat-trick against Manchester United on Sunday, the Norwegian striker has scored 26 goals in European competition at just 21 years old.

“No one can match him at this age. No one. Their numbers speak for themselves.” He’s an extraordinary player,” Guardiola said at a press conference before the Champions League clash with Copenhagen.

“He’s very confident in his physique. He’s very enthusiastic and smart. He plays every three days without a problem,” added the former Bayern Munich and FC Barcelona coach.

When asked if it was fair to compare the Norwegian to Lionel Messi, whom Guardiola managed in his Catalan team, the strategist spoke forcefully.

“The difference is that Haaland needs more from all his teammates to do what he does, which is unbelievable. Messi had the ability to do it all by himself. ” Pep stressed.

City will host Copenhagen on Wednesday 5 October at 4pm. The British are the leader of Group G, which consists of 6 units.