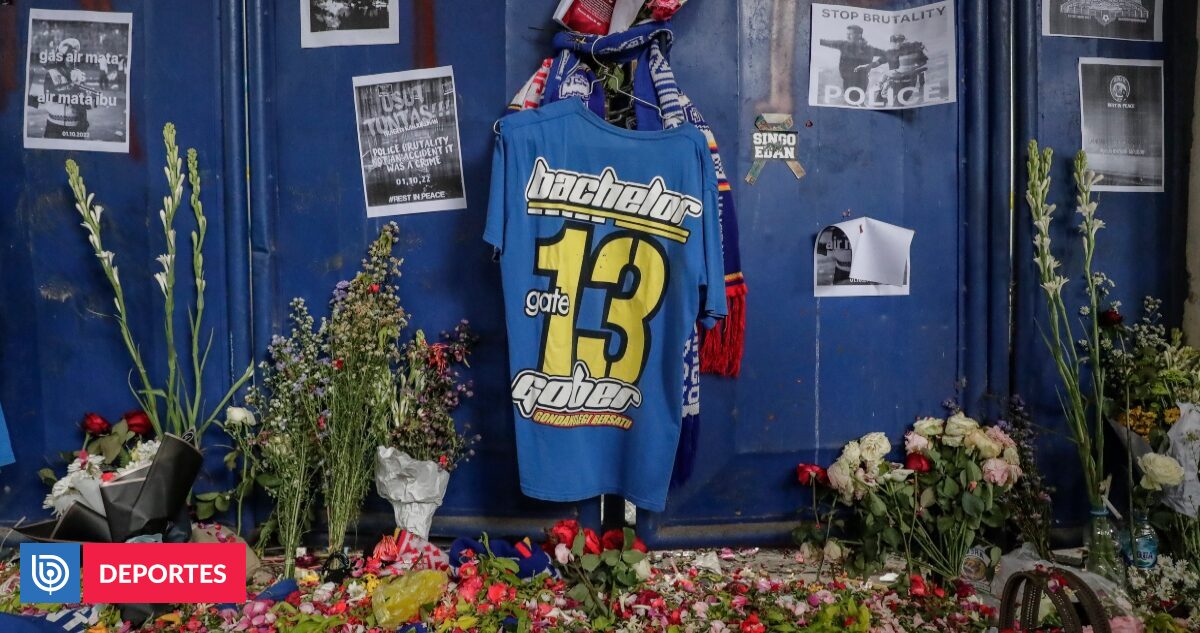 Four days after the Kanjurhan stadium stampede in one of the biggest tragedies in football history, the Indonesian government announced the death toll had risen to 131 with more than 400 injured.

This Wednesday, Indonesian officials released disturbing news that continues to rock football. 131 dead, over 400 injured We arrived in the country after the stampede that broke out at the Java football stadium in Malang.

Deputy Governor of East Java, Emile Dardak where the misfortune occurred, indicated on social networks that six of the dead were taken directly by relatives and therefore were not listed in the official registry.

The tragedy, one of the most serious in the history of the country’s football and one of the deadliest sports in the world, saw thousands of Alema FC club fans crowd the field at Kanjurhan Stadium after a 2-3 match. It happened Saturday night. Defeated by Persebaya Surabaya.

Fans clash with police responded with violence and fired tear gas bombs into the stands, causing fans to flee en masse towards the gates of the sports venue.

Many of the exits were blocked, according to hospital sources and witnesses, causing riots and deaths from suffocation, trauma, or trampling for most of the victims.

Authorities, which have suspended 10 police officers and are investigating about 20 police officers, have initiated internal procedures to review the actions of the security forces, They ensured that the law was enforced “against the convicted” .

In this regard, the Indonesian National Police Commission (Kompolnas), which has ties to the government and is responsible for monitoring and advising the security forces, said in a preliminary investigation that there were “no instructions” from the Malang police chief to disperse the crowd. said. Using excessive means, such as tear gas, whose use in stadiums is prohibited by FIFA.

“It means that there were (agents) on the scene who did not follow instructions. That is why the temporary decision of the National Police Chief to remove the (local) police chief from his position was taken.” Compornas commissioner Albertus Wahüldant pointed out at a press conference the day before, but did not specify why the agents carried the gas cylinders.

In addition to Malang Police Chief, Feri Hidayat nine agents temporarily held their positions while an investigation was conducted that also affected another 20 police officers for their actions in Saturday’s incident, which spread images of terrorism around the world. was removed from

Prediction of the opening matches of the round of 16 of this year's WC in QatarThe group stage of this year's World Cup is...
Previous article
Rowing continues to win medals: Team Chile add new gold and silver at Odesoul in Asuncion
Next article
Spain and Portugal included Ukraine in the candidacy for WC 2030