Marinho shows great appreciation for Vidal’s cracked gesture. “He has respect and admiration.” 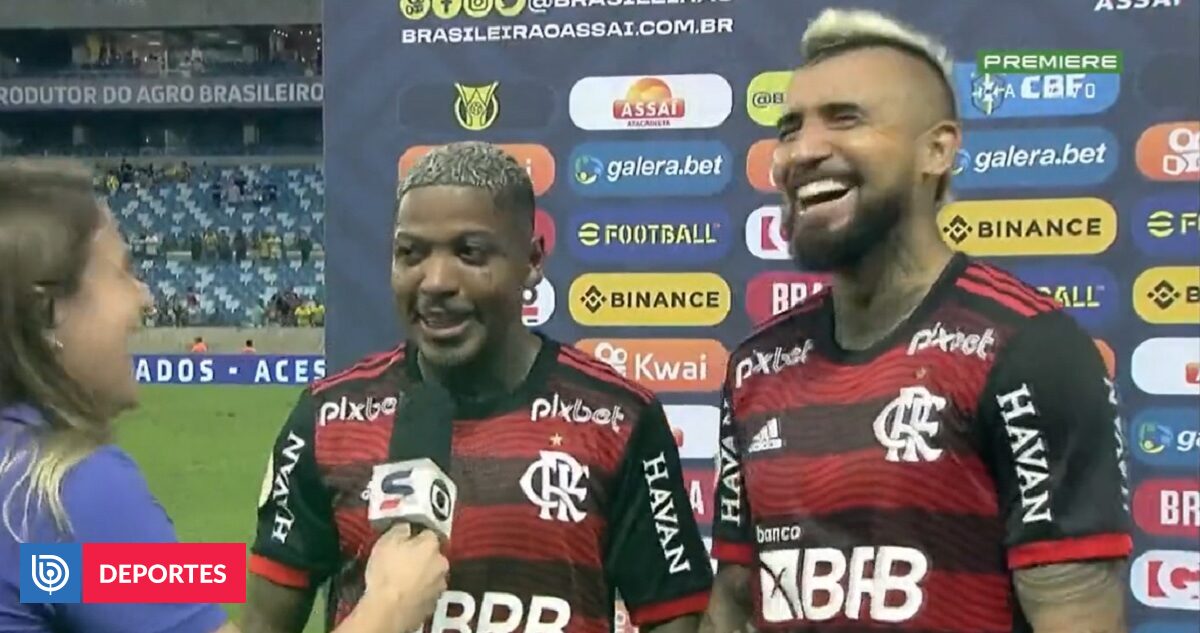 Marinho, who was Arturo Vidal’s partner at Flamengo, did not hesitate to praise the Chilean player after his crack gesture at Cuiabá.

Arturo Vidal world Marinho was a great protagonist in the victory of Flamingo He won the visits 2-1 this Saturday Cuiaba by the 31st Brazilian.

cause? After being questioned by fans and the press for weeks, the Chilean gave the player in question his kick as a penalty.

“Every player needs to have maximum confidence. We have three very important finals, so I am happy to have a good player like Marinho.”

Marinho was also generous in clarifying what happened and praising his partner’s consideration.

“I said, ‘Papa, is there a way to change that?’ Vidal said, ‘You need it, give it to me.'” started by pointing out the Brazilian to Sportv.

Marinho then remembered Arturo Vidal’s first goal in the ‘Mengao’ shirt, but it was also a penalty kick.

“He’s the player who had the opportunity to take a penalty in the first game. I was the first kicker then and he was the second. I told him to hit him and I celebrated a lot. He is my respect, admiration and great person. ” confirmed the Flamengo attacker.

It’s worth mentioning that Mengao’s next challenge is the first leg of the Brazilian Cup.

Previous article
O’Higgins has condemned the death of one of his fans after the match against U. Española.
Next article
El Gante admits relationship with Wanda Nara: ‘Some words influenced me’