The first B is still bright red: Fernandez Vial has tied with San Luis and Meripilla is the new Colista. 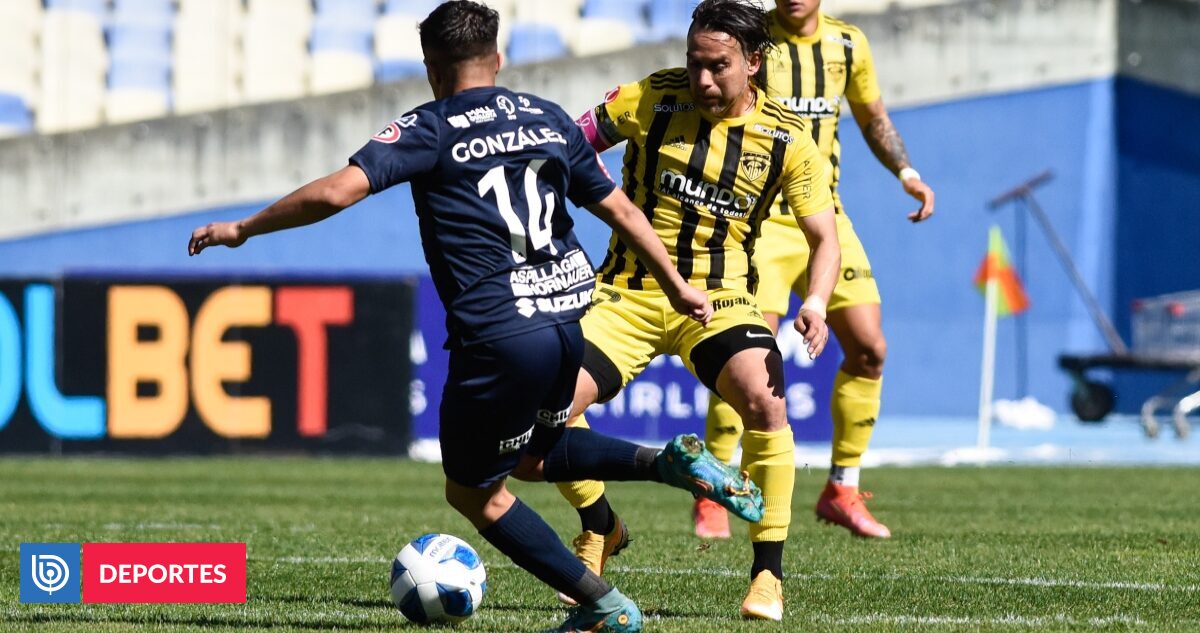 The battle for First B’s persistence intensified this Monday as Fernandes Vial and San Luis de Quiyota drew 1-1 at the Esterroa Revoledo stadium.

As always, our hosts at Orinegra this Monday, Fernández Vial faced San Luis de Quiyota and drew 1-1 in the match played at Estelle Loa Revollade. A result that allows the Penquista cast to rise to the penultimate place in the Primera B table, despite the lingering bitter taste in Kolyao.

The team, led by Patricio Lira, dominated the match in the first half, but repeated failed chances for “Immortal” allowed them to enter the break with a one-goal advantage after scoring. Ethan Espinoza at 33 minutes.

The dynamics of the match did not change much in the second half, but “Canarios” equalized in the 55th minute. Sebastian Stop on the edge of the area which surprised goalkeeper Gustavo Merino.

It should be noted that Vial secured victory in the final seconds of the match when accomplished midfielder Kevin Harbottle slammed the ball into the crossbar after a corner provided by Arturo Sanfuesa.

In a tie, with only three days left before the first B ended, the Concepción team was able to move away from last place in the table. And that’s despite the fact that he shares the same points (26) as the new bottom. sports meripija the ‘Admirals’ are far ahead of the ‘Colts’ on goal difference.

Fernández Vial’s next challenge is against Barnethea next Monday, and San Luis against Deportes Santa Cruz this Sunday.