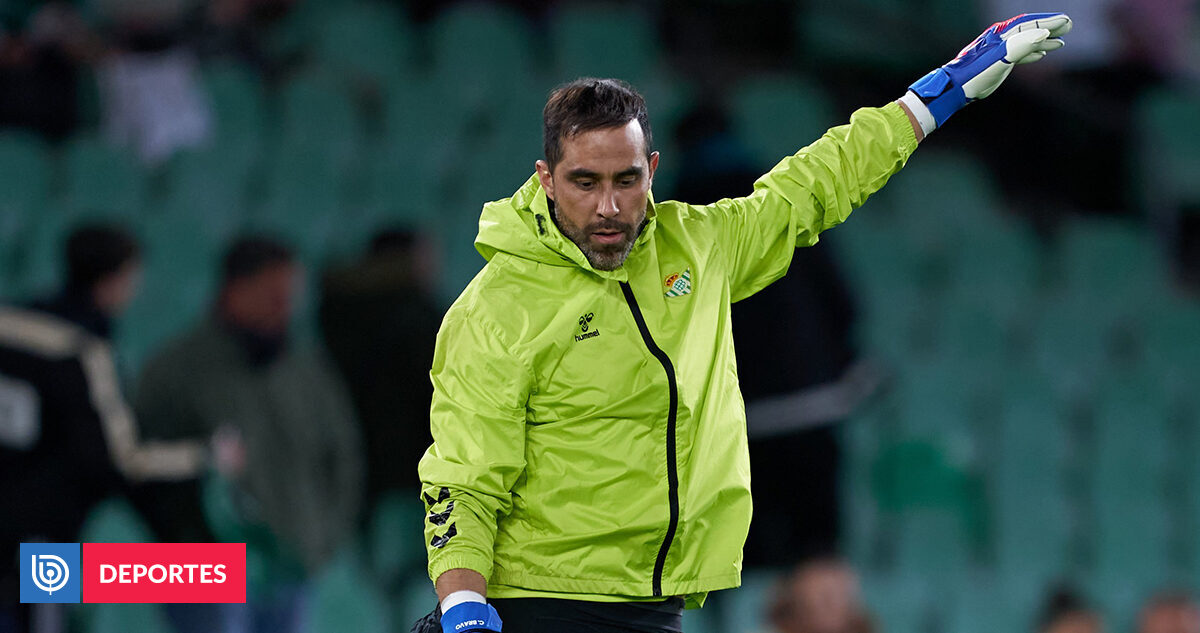 The current Copa del Rey champions, Seville’s side, have failed to replicate a good level and the spotlight is on the Chilean goalkeeper.

Their sudden exit from the Copa del Rey at the hands of Osasuna has come as something of a blow for Real Betis. However, the Spanish press did not hesitate to criticize Verdiblanco’s performance, One of the main targets was Claudio Bravo. .

“He’s lost qualities with age and one of them was his reliability on penalties. Again, his legs weren’t as noticeable this time around.” ,It pointed out Seville newspaper.

Similarly, the Estadio Deportivo media rated Claudio Bravo as: “He was just a spectator in the first half, but (…) in extra time he felt a few penalties and still didn’t save a single one.” .

on his part, ABC newspaper He was even more of a jeweler against the Chilean goalkeeper, highlighting his erratic performance in penalty kicks and pointing to the first parity performance achieved by Osasuna. “Failure to save a penalty is also a failure, and one remaining under the stick will result in a tie.” he pointed out.

Back on the field, the result was 2-2 after 90 minutes. The match then went to penalty kicks. Osasuna beat the score 4-2 Sergio Canales and Guido Rodríguez were the players who missed for Betis.

At the press conference after Real Betis’ surprise defeat, Manuel Pellegrini endorsed the Chilean goalkeeper. “Things happen in football. There is nothing to blame or blame on him. A player who shoots has more chances than a goalkeeper.” Said.

The national coach then analyzed the Verdi Blanco team’s elimination from the Copa del Rey as follows: “It was a mental blow and I was kicked out of the competition when I wanted to continue, but we have to move on. We have to keep fighting for La Liga and the Europa League.” Finished.