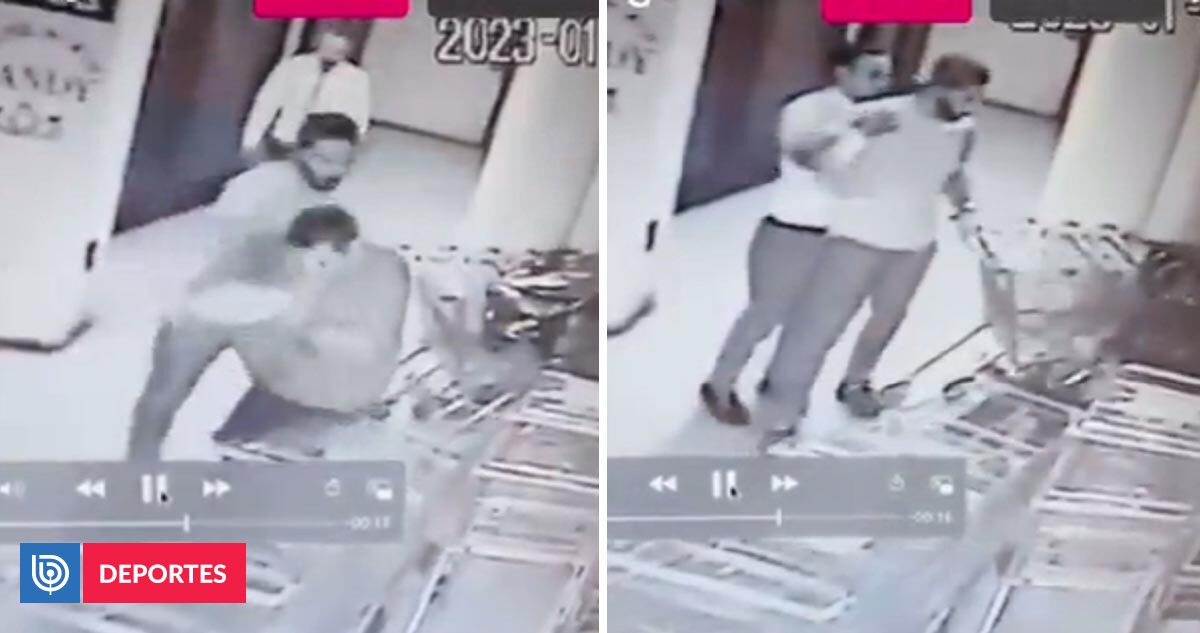 Johnny Herrera former goalkeeper at the University of Chile and now a commentator for TNT Sports. Caught punching a man in a nightclub in Vitacura .

The violent incident occurred last Thursday, January 19th. Candelaria Bar From a commune in the eastern sector where a retired goalkeeper attacked a person for unknown reasons.

Details provided by journalist Sergio Rojas Through an Instagram live broadcast, he showed a video from a security camera in which a “samurai” can be seen beating a man to the ground.

According to the photo Despite the fact that the victim did not react to the first blow, the former goalkeeper’s attack did not stop .

The aforementioned communicator explained that he spoke with the person who was attacked. According to him, he had no reason to be attacked by an idol from the University of Chile. He analyzes taking legal action against Johnny Herrera .

Rojas also assured that: From TNT Sport they evaluate previously selected La Roja sanctions for this act of violence.

Herrera chose not to make a statement about what happened, despite being contacted by a high-profile celebrity journalist.

This is how Johnny Herrera attacked people with Vitacura.

Previous article
Secrets of Ivette Vergara at Olmué 2023: Since the start of the festival she has a sore throat
Next article
Bryan Tamacus and Alex Larin will play for Alianza unless they receive a foreign offer on this day