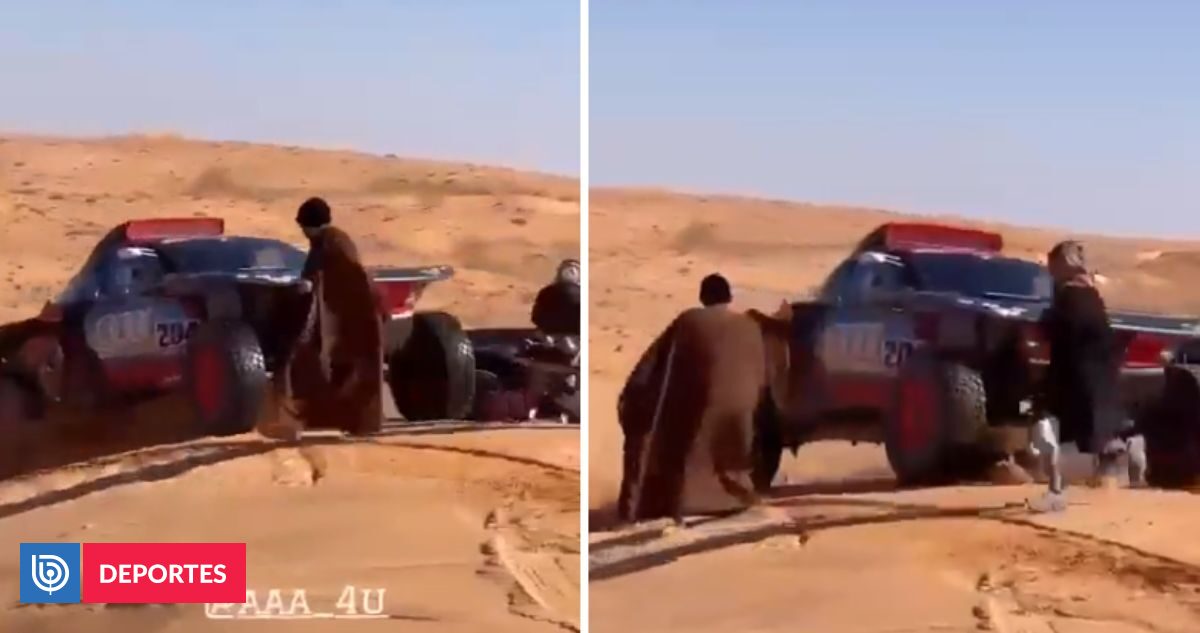 French driver Stéphane Peterhansel came within inches of tragedy after three people were nearly run over in the wrong position on the Dakar Rally.

of Dakar Rally 2023 completed its fifth stage this Thursday, with pilots traveling through the Hail Desert on one of the most exhausting days of the competition.

The French stood out Stephen Peterhansel while his career was inches away until it ended in tragedy, he was third and second in the overall table.

According to Mundo Deportivo, when the Audi driver was driving through the dunes, He was barely run over by three poorly positioned spectators on stage. .

Due to the uphill, there was little for Peterhansel to see at the top of the dunes, where three people sat in chairs enjoying the passing cars.

For this reason, seeing a French car approaching at full speed, The three had to move quickly to avoid being run over .

Luckily, Stéphane Peterhansel only hit a fan chair and was able to keep going. Dakar Rally without much inconvenience.

Review of Peterhansel’s ‘near miss’ in Dakar.

Stephane Peterhansel became known for competing in a game of dodgeball🤣🤣🤣🤣🤣🤣🤣🤣🤣🤣🤣🤣🤣 pic.twitter.com/IQKYuUFibb