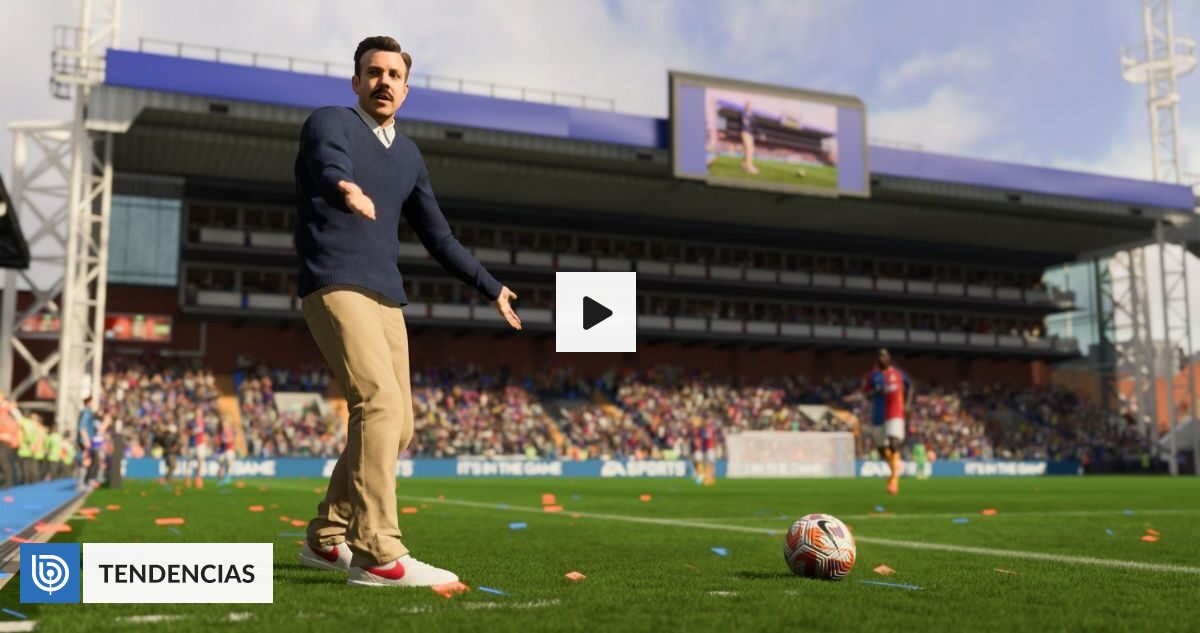 This Wednesday, EA Sports, the creator brand of the FIFA 23 video game, confirmed that Ted Lasso’s team from the award-winning Apple TV series, AFC Richmond, will be available in the new edition. In the game, you can count on all historical characters along with stadiums and famous coaches.

new video games FIFA23 with one of the most impressive crossovers in the gaming world, Ted Russo arrives at the helm of AFC Richmond .

This was confirmed this Wednesday by the game’s creator, AE Sport, who explained that the main character of the Apple TV series will be joining the squad along with the club’s stadium, Nelson Road.

It should be remembered that the streaming platform’s production has won multiple Emmy Awards for Best Comedy and lead character Jason Sudeikis won Best Comedy Actor.

According to reports, EA Sportsone of the game’s big motivations is the ability to choose a character from the eponymous series as a playable manager in career mode.

Similarly, AFC Richmond Change to the Premier League or any other league playable in career mode.

From EA Sport, they point out:

In that sense, Jason Sudeikis, who plays the character, said, “I’m very lucky and deeply grateful to have had so many special moments in my career so far. This experience has been one of the best. I think.

To this, he added, “As a longtime FIFA fan, having Ted Russo and the entire AFC Richmond team in the new version of the game has truly been a dream come true.”

I got goosebumps. It’s so weird to see my buddy in CGI. For some reason other than Roy. pic.twitter.com/YqPuvw2jHK

Check out the official FIFA 23 trailer with AFC Richmond

Previous articleNiemann’s LIV is pronounced: They demand their championship be considered in the world rankings
Next articleSheet detergent: a viral way to wash in an ecological way, currently used in Chile