For the first time, Dr. Uroš Seljak awards were given for the best scientific articles by students 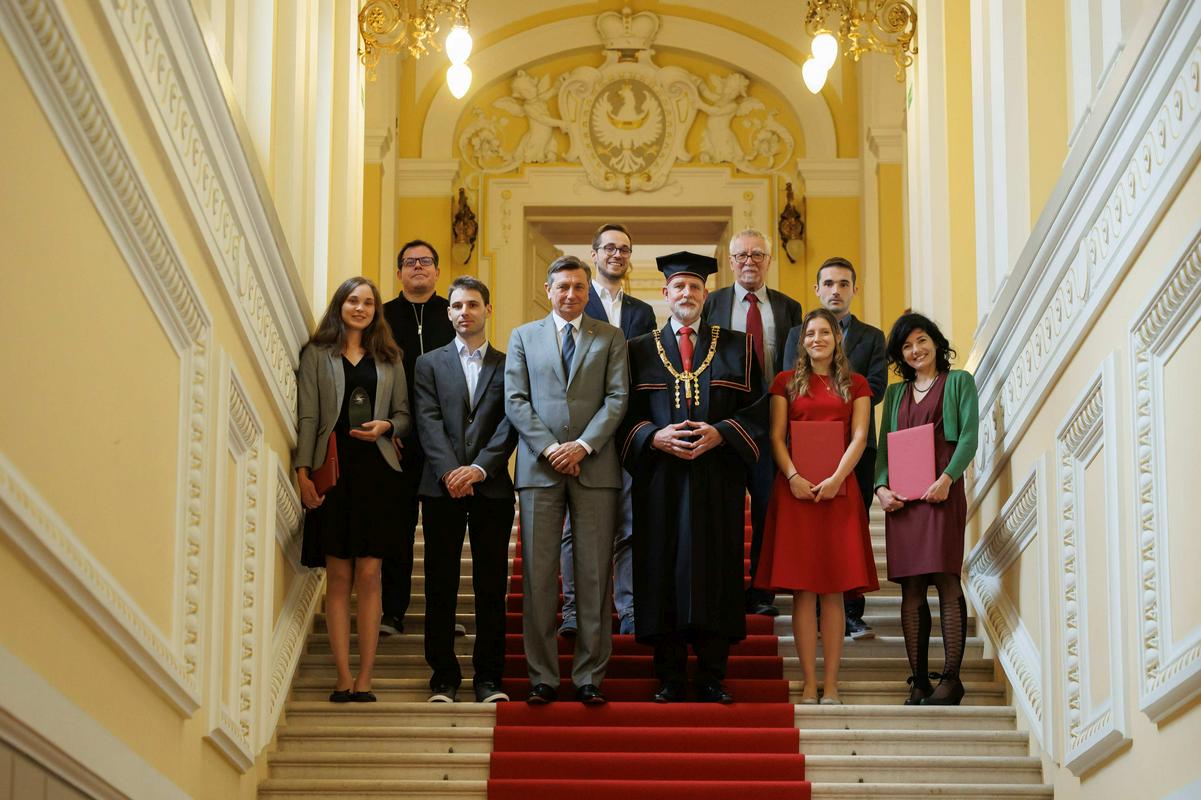 At the University of Ljubljana, for the first time, prizes were awarded to Dr. Uroš Seljaka for the best scientific articles of first and second cycle students.

The purpose of the prize awarded University of LjubljanaAmerican-Slovenian Educational Foundation ASEFthe donor Uroš Seljak and the President of the Republic Borut Pahor, is to encourage students to become even more involved in research work and to encourage mentoring, explained the university.

“The committee for the selection of the awardees had an extremely difficult job, as many excellent candidates with excellent scientific publications applied to the public tender for awarding the award. This fills us with great optimism and pride, as it confirms our efforts to make students they are actively involved in research already during their studies at the first and second level,” they summed up the rector Gregor Majdič. According to him, Dr. Uroš Seljak’s award is an excellent incentive for both students and mentors, who significantly contribute to their successful work.

The President of the Republic of Pahor also attended the first award ceremony as an honorary patron and awarded special awards to the winners.

Anna Lampret she received a commendation for her published scientific work Contact-based interventions to reduce ethnic prejudice against migrants and ethnic minorities in the school context: A systematic literature reviewpublished by the Pedagogical Institute of Slovenia magazine in December 2021 (mentor Katja Košir). Luka Petravic however, he received praise for his published scientific work Factors Affecting Attitudes towards COVID-19 Vaccination: An Online Survey in Sloveniapublished by the journal MDPI – Publisher of Open Access Journals in March 2021 (mentor Matjaž Zwitter), the office of the President of the Republic announced.

Seljak is a graduate of the University of Ljubljana, who last year received the extremely prestigious Gruber Award for research in cosmology (Chapter 7). It is one of the most prestigious prizes in science, and the winner receives 500,000 US dollars in addition to recognition. This award was shared last year by three scientists, including Seljak, who is employed at the University of Berkley in the United States of America. With his share of the $150,000 prize, he established a prize fund for undergraduate and graduate students who publish the best scientific paper, the university said.

Pahor assessed that it is a respectable decision, which is unprecedented in our country and may encourage similar ones, the office of the President of the Republic announced.

Previous article
Endogenous Depression: How Is It Different From Common and How Is It Recognized?
Next article
The trend of removing Soviet statues: the last statue of Lenin removed in Finland