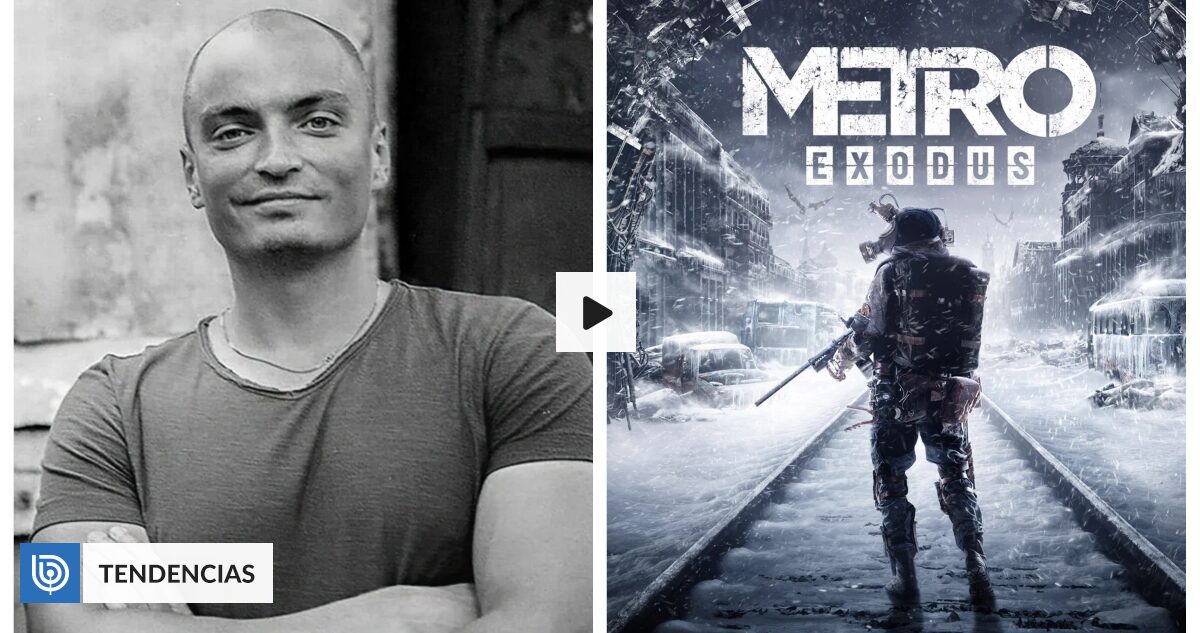 Andriy Kozhinkin, one of the animators of the video game Metro Exodus, died on the battlefield after enlisting in the Ukrainian army.

Here too, news about the war between Russia and Ukraine intersects with the world of video games. And this time, from the tragedy itself. According to local media, one of the developers of the game “Metro Exodus” died on the Ukrainian front a few days ago.

After the Russian invasion, many Ukrainians enlisted in the army.just like an animator Andriy Kozinkin former member of the creator team of the video game Metro Exodus.

According to initial reports, the developer should have died from injuries sustained during one of his missions in the defense of Ukraine.

The news was revealed by colleague Leonid Stepanov, who works at Remedy Entertainment and previously worked with him at 4A Games.

In his words, Kozinkin was “a talented animator, an incredible person and a true hero…Rest in peace my friend. We will miss you.” he said goodbye.

According to friends, after all the disputes were over, Andriy Kozhinkin decided to follow in the footsteps of his idol Cory Barrog, the director of the last God of War, to create his own studio. planned.

They also said that Andrii “was an entertainer early on in his professional journey. So, in addition to his skills as an animator, Andrii also has a background in development, design, and programming to one day create his dream projects. I have acquired other knowledge. Unfortunately, this is no longer possible.”

Andrii “Nizrok” Korzinkin (@korzinkin_3d) died while performing a combat mission in the struggle for independence, sovereignty and territorial integrity of Ukraine. A talented animator, an incredible person and a true hero. Rest in peace my friend. We all miss you. https://t.co/2OC83CMdfU

Russia and China are also developing new bombersOn Friday in California, the United States presented to the public for the first time the latest...
Previous article
US, South Korea conduct ‘precision bombing drills’ after North Korea missile launch
Next article
All ColoColo wanted a goal: Costa’s shot hit the line and caused a white claim