From the movie: Flying taxi makes first test with crew in Italy, launch is set 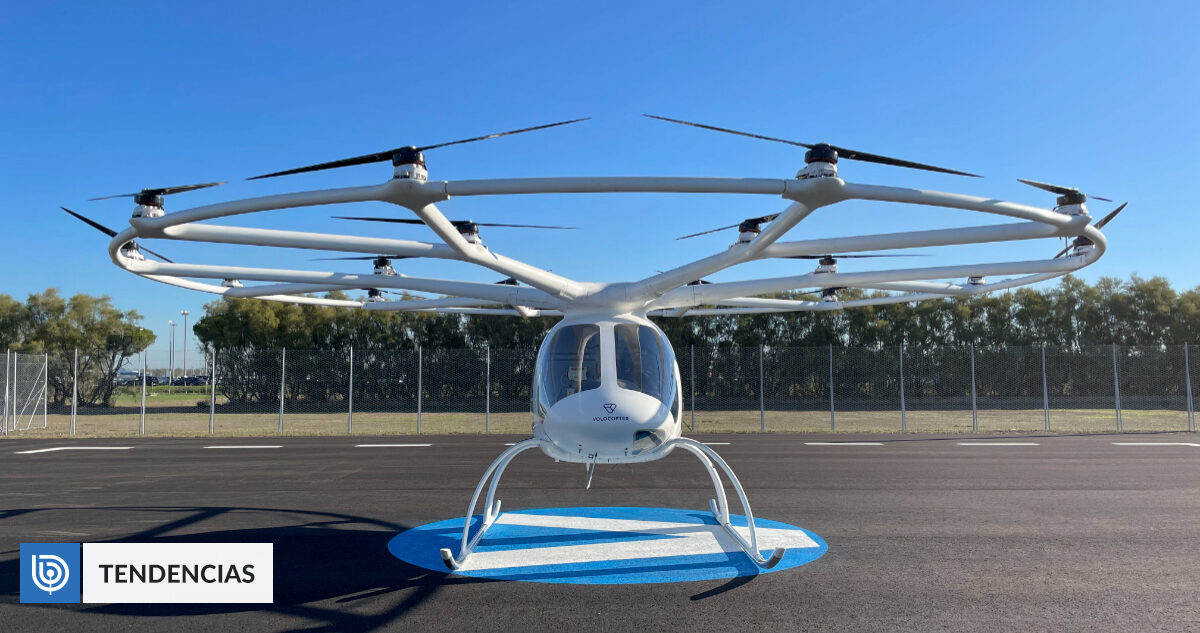 The popular flying taxi hopes to start operating in 2024 after a successful initial test in Rome. They hope the vehicle will reduce travel time in the Italian capital.

Like a sci-fi movie, the first flying taxi this Thursday Conducted official tests in Rome, Italy and flew with a crew on board This new means of transport is expected to enter operation in the next two years.

This transport receives the title of Volocopter, they guarantee. Emission free They also point out that it is designed for high-speed airliners.

Flying Taxi this Thursday Flew 40 meters at 40 kilometers per hour for 5 minutes organizers of the initiative Atlantia, UrbanV and Rome Airports explained in a statement.

The future of air taxis and aircraft

Rome will be one of the first capitals to launch this new mode of transportation. Commencement of service in 2024 This encourages candidature for the 2030 World Expo within the framework of the 2025 Jubilee.

“Today’s event will serve as a pioneer in the testing and implementation of advanced air mobility in Italy, as well as Urban transport is becoming more sustainable and fluid. ” said Marco Troncone, CEO of Rome Airports.

They also unveiled the country’s first vertiport in Fiumicino.this is A vertical runway designed to host various types of tests both flight and ground operations.

The airport’s infrastructure occupies an area of ​​approximately 5,500 square meters and is designed to ensure compatibility with the major vertical take-off and landing aircraft (VTOL in English acronym).

Atlantia’s president, Giampiero Massolo, said his aim was to “open the service to the public in Fiumicino. Before rolling out to other airports we have invested in by 2024.”

Previous article
Brazilian press demand more time from Arturo Vidal at Flamengo: ‘It needs to be used more’
Next article
In many ways, groundbreaking collections competing for the Jenka Prize