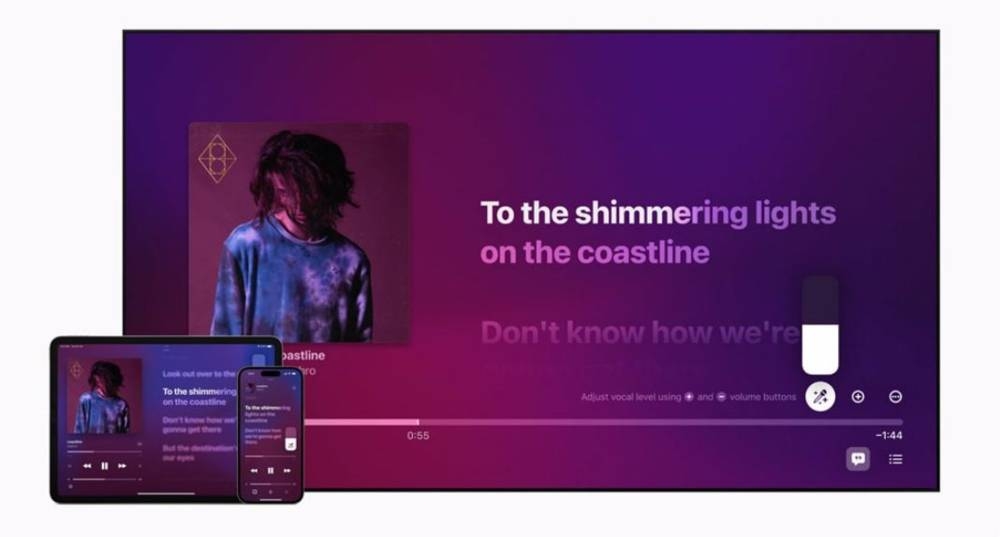 Apple has announced the launch of Apple Music Sign, a karaoke mode for its music streaming application. It allows the user to sing his favorite songs in real time with one or more voices and lyrics.

Apple Music Sing is a karaoke mode that lets you sing in the original artist’s voice, control the vocal level of a song, and mix your own voice into millions of songs from the platform’s catalog.

As the manufacturer states in a statement, this feature allows users to sing their favorite songs, move the lyrics to the rhythm of their voice, and add background voices.

Additionally, Apple Music Sign introduces a duet view for songs with two voices or participants. This way, the vocalists appear on opposite sides of the screen, preventing one from being confused with the other’s part.

Finally, Apple has indicated that it will release a set of over 50 companion playlists dedicated to all popular songs and national anthems.

Previous article
It was Kenan and Kelly’s reunion after more than 20 years
Next article
Mental health research shows that 1 in 5 Chileans feel lonely and 14% suffer from depression.