War-themed video games are serving as a wave of misinformation, they warn 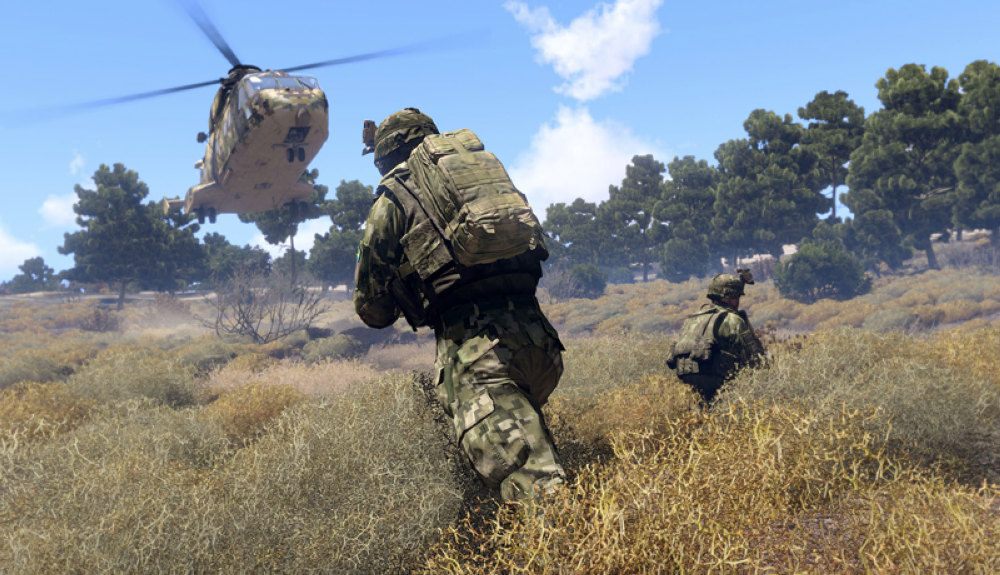 Arma 3 images, often marked as “live” or “breaking news” to make them look authentic, have been used many times in recent months in fake videos about Russian attacks in Ukraine. .

Their tendency to confuse the public, and often even the media, worries researchers.

“The fact that this continues is a reminder of how easy it is to fool people,” Claire Wardle, co-director of the Information Futures Institute at Brown University, told AFP.

“With better visuals in video games, CGI (computer-generated images) look more like the real thing. People need to know how to verify the authenticity of images, especially the metadata. This avoids these errors, among other things: media.”

Arma 3 from Czech studio Bohemia Interactive lets you create different combat scenarios with planes, tanks and different weapons. Many players then share these images on platforms such as YouTube, misleading them.

Underneath an image of Arma 3 titled “Ukraine strikes back!”, one netizen commented:

“While we are pleased that Arma 3 simulates modern warfare in such a realistic way, we are not pleased that it could be mistaken for actual combat footage and used as war propaganda.

“We are trying to fight this content by reporting it to the platform, but it has no effect.Every day, 10 more videos are uploaded every day,” he added.

In recent years, Arma 3 footage has also been used to misrepresent conflicts in Syria, Afghanistan and Palestine, often debunked as fake news by digital fact-checkers.

AFP tracked several, including one it claimed in November to show Russian tanks being hit by US-made Javelin missiles. The clip has been viewed tens of thousands of times on social media.

Bohemia Interactive said the misleading video gained popularity during Russia’s invasion of Ukraine, which is sometimes referred to as the “First TikTok War” due to many images on social media.

Given the simple nature of the disinformation that emerged from Arma 3, researchers say it is unlikely that it was the work of government officials.

Nick Waters, of digital analytics firm Bellingcat, told AFP: “I’m just posting this content as a troll to see how many people I can fool. I think,’ he said.
The people who share these posts, he said, are “naive people” trying to gain awareness and subscribers on the internet.

Bohemia Interactive said the fake videos were “massively shared” by social media users and often used as “decoys”, according to the researchers. .

The media and government agencies were also deceived.

Romanian channel Romania TV featured an old video from Arma 3 in November, showing the fighting in Ukraine, with a former defense minister and former intelligence chief commenting authentically on the footage.

This came after another Romanian news channel, Antenna 3, made the same mistake in February. A spokesperson for the Romanian Ministry of Defense was among the experts invited by the broadcaster to analyze the video taken from Arma 3.

Bohemia Interactive urged users to use images responsibly, refrain from using video titles as decoys, and clearly state that the source is a video game.

Investigators say their clips are relatively easier to verify than “deepfakes.” “Deepfakes” warns that experts have created images, sounds and videos with highly sophisticated technology that have earned their place in the criminal underworld.

“These (Arma 3) videos are actually not that hard to identify as fake,” Waters explained.

Unfortunately, he lamented, “Many people don’t have the skills to spot false information.”

The ignorance of many people that these images are not real presents another harsh reality in the age of misinformation.

Previous article
Alexis has done it again: Sanchez scores from the ‘Picoton’ to put Marseille ahead in the French Cup
Next article
Fierce kicks: Marseille defender sent off after French Cup violence