James Webb Telescope Gets Darkest View Ever of ‘Interstellar Ice’ 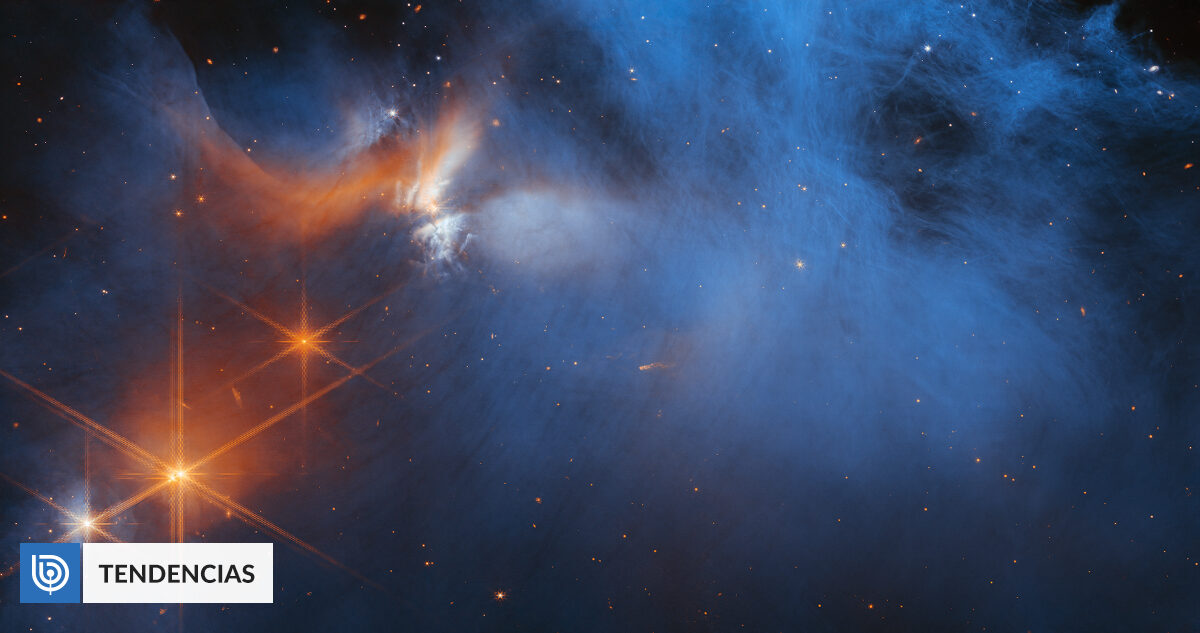 Observations from the James Webb Space Telescope (JWST) have provided the darkest image ever seen of dense interstellar clouds.

new images of james webb Clarified the composition of a virtual “treasure chest” of so-called “interstellar ice” in the early universe They therefore provide new knowledge about the chemical processes in one of the coldest, darkest places in the universe, and the origin of the molecules that make up the planet’s atmosphere.

“JWST This allowed us to study the ice present in dust particles in the darkest regions of interstellar molecular clouds. Dr. Danna Qasim, a SwRI (Southwestern Research Institute) researcher and co-author of the study published in Nature Astronomy, explained in a statement.

“Clouds are so dense that these ice sheets are largely shielded from intense radiation from nearby stars. , so they are pretty pristine. These were the first ices to form and also contain biological elements important for life,” he adds.

How did James Webb get to the ‘interstellar ice’?

The web has a 6.5 meter wide mirror that provides excellent spatial resolution and sensitivity optimized for infrared light. Thanks to that, For the first time, the telescope was able to obtain images of the densest and darkest clouds in the universe.

“These observations provide new insights into chemical processes in one of the coldest, darkest places in the universe to better understand the molecular origins of protoplanetary disks, planetary atmospheres, and other solar system objects. ‘ said Qasim.

most interstellar ice Contains trace amounts of elements such as oxygen and sulfur Qasim and his co-authors are trying to understand the lack of sulfur in interstellar ice.

“The ice we observe It contains only 1% of the sulfur we would expect.99% of that sulfur is trapped elsewhere and needs to be located It’s about understanding how sulfur ends up being incorporated into a planet that can sustain life,” Kassim explained.

of the studyQasim and colleagues propose that sulfur may be trapped in reactive minerals such as iron sulfide, which may react with ice to form the observed sulfur-bearing ice.

“Iron sulfide is a highly reactive mineral that has been detected in samples from accretion disks of young stars and comets.It is also the most common sulfide mineral in lunar rocks,” explains Qasim.

“If sulfur is trapped in these minerals, it could explain the low amount of sulfur in interstellar ice, which suggests where sulfur is stored in the solar system.” he says.

“For example, Venus has molecules containing sulfur in its atmosphere, and some of that sulfur may come from interstellar minerals,” he concludes.

In this molecular cloud (the birthplace of stars and planets), Webb scientists discovered various ice constituents. These frozen molecules, like carbon dioxide and methane, could become the building blocks of life. https://t.co/1txG9rE0rc pic.twitter.com/zfzAJAiwst

Previous article
Twenty people have already died in California’s third mass shooting in three days.
Next article
Žiga Kranjčan and his vision of a holistic work of art