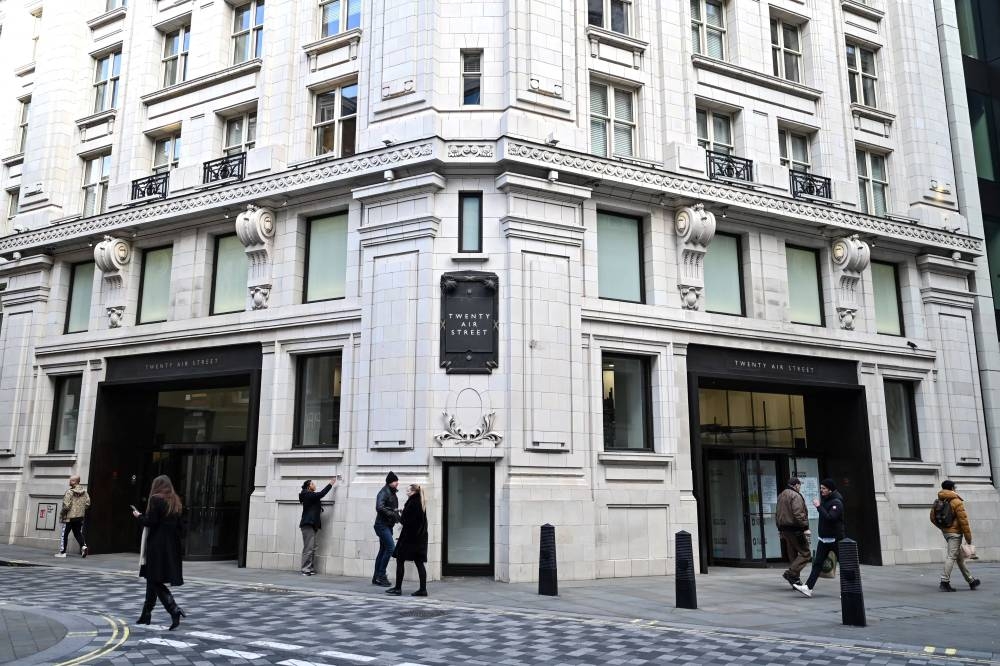 Pedestrians pass the entrance to the building that houses the London offices of social media company Twitter in central London, 24 January 2023. Not paying rent for an office in central London.

The Crown Estate, the body that manages properties owned by the British royal family, announced Tuesday that it has taken legal action against US social network Twitter for failing to pay rent for its London headquarters.

A representative for Crown Estate took to Twitter to say it was in talks with the company, which billionaire Elon Musk bought in October for $44 billion.

Since then, the Tesla and SpaceX founder has laid off half of his employees and stopped paying rent on some of his offices to save money, according to US media. Already sued by multiple US owners.

In London, since 2014, Twitter’s headquarters have been located near Piccadilly Circus in a complex called Air W1, owned by the British Royal Family.

The Daily Telegraph reported that the social network’s logo had been removed from the building, but company employees ensured it still occupied the premises.

One of the UK’s largest landowners, Crown Estate owns more than $18.5 billion worth of assets under the sea in central London, the royal estates of Windsor, England, Wales and Northern Ireland.

The profits were provided to the British Treasury under a 100-year-old pact, and the monarch, now Charles III, recovers a portion of them through annual grants to cover royal expenses.