Moscow says 74 fighters from Croatia have been killed in Ukraine. Official Zagreb has doubts about this. 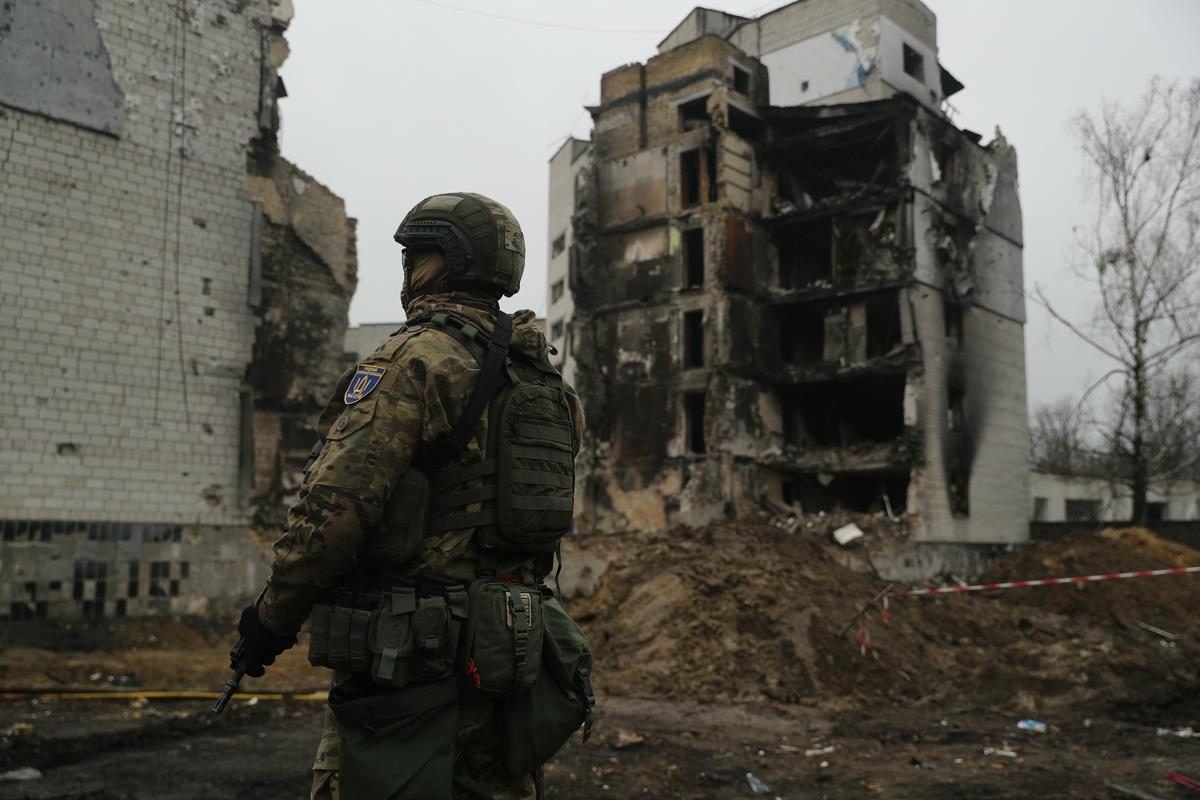 The ministry has published a list stating that 204 Croatian citizens have arrived in the country since February 24, the beginning of the Russian attack on Ukraine. 74 were killed, 51 left the country and 79 remained.

“The Russian Ministry of Defense follows in marks the presence of every foreign mercenary in Ukraine, “ according to the Croatian portal index.hr, the ministry announced.

The Ministry claims that in military operations in Ukraine on the side of Ukrainian forces are involved not only mercenaries, but also those who came to train Ukrainian soldiers in to help maintain Western weapons sent to Ukraine.

Moscow reports that most mercenaries came from Poland (1831), Romania (504) in Of the United Kingdom (422). According to published data, Croatia is in fourth place. Index points out that this information has not been verified in that it could be Russian propaganda.

Croatian Foreign Minister Gordan Grlić-Radman He said that Croatia was not collecting data on the departure of Croatian citizens to Ukraine in participating in the war, saying it was their personal thing. According to him, the fact that so many Croatian citizens died there without them knowing it in Zagreb is “amazing.” For now, it has been confirmed that one Croatian citizen was captured in Ukraine and one was wounded there in he returned to Zagreb for treatment.

The portal jutarnji.hr writes that a certain number of Croatian citizens are fighting on its side in Ukraine, but there are no official data on how many there are.

Russian President Vladimir Putin He described the sanctions imposed on Russia by Western countries over its attack on Ukraine “crazy in reckless “.

Putin also said at the International Economic Forum in St. Petersburg for sanctions “more harmful” for those who introduced them, and he also marked them for “economic blitzkrieg against Russia “who never had a chance of success. Blitzkrieg was an offensive military tactic of Nazi Germany in World War II.

The Russian president also claimed that the EU could lose more than 380 million euros due to its sanctions against Russia. He mentioned rising inflation in the Union and said that the real interests of Europe’s people were being sidelined, but did not elaborate.

But as reported by the BBC, Russian senior officials have also warned that the Russian economy is suffering severe damage from sanctions. Elvira Central Bank Governor Nabiulina said Thursday that 15 percent is gross domestic product endangered due to the foreign response to the war in Ukraine.

Nabiulina is pessimistic about the possibility of a rapid recovery of the Russian economy. As she said, she is “It is clear to everyone that it will not be as it was”.

On Friday, the leadership of the largest Russian bank Sberbank a warning that the return of the Russian economy to the 2021 level would take more than a decade.

In his speech, Putin announced the end “periods of the unipolar world”. He said they were after “Cold War victories” USA “proclaimed the representatives of God on Earth, for people who are without responsibility, have only interests”.

Russian Ambassador to Washington Anatoly Antonov meanwhile, he called on countries to stop sending weapons to Ukraine, as this would only provoke friction between the US in Russia. He called on the states, “let them stop cultivating illusions about Russia’s defeat“.

“The short-sightedness of Americans is obvious in the current circumstances (…) It is clear enough that this is the path to a military conflict between the two largest nuclear powers in the world, which would have unpredictable consequences.“Antonov wrote for Newsweek.

Just a few days ago, he was the U.S. Secretary of Defense Lloyd Austin in Brussels, a meeting of NATO defense ministers called on European allies in NATO to speed up the sending of weapons to Ukraine to defend against Russian aggression. The United Kingdom has announced that it will soon supply missile launch systems to Ukraine, and Ukrainian forces in the east of the country are already shelling Russian positions with French-made howitzers.

Nevertheless, Kiev emphasizes that Russia still has a great advantage in armaments on the battlefield, so they are asking for faster help. Secretary General of NATO Jens Stoltenberg admitted that it will be some time before heavy weapons are installed and Ukrainian forces trained to use them.

“As for Ukraine itself, the development of events related to this country is a litmus test that will show the readiness of Western countries to take into account Russia’s concerns. Further progress towards stabilizing European security will thus depend on resolving the crisis in Ukraine“Antonov added. He added that Russia is ready to discuss security guarantees.”Of course, at the end of a special war operation, their content will have to be adjusted reality.“

Meanwhile, clashes continue in Ukraine in the east of the country. V Lisichanska Russian forces destroyed the main road from the city connecting the inhabitants with Bakhmut. Regional Governor of Lugansk Sergey Bagpipes he stated that Lisichansk still under the control of Ukrainian forces.

British intelligence, meanwhile, has released a report saying Russian forces are targeting the siege Severodonetsk in penetration deep into the Donetsk basin, which is expected to happen in the next 48 hours.

77 miners trapped in mine due to power outage

A coal mine in Donetsk in eastern Ukraine reports an accident involving a power outage in the mine Ambush captured 77 miners. Russia’s state news agency blamed Ukrainian forces for the incident.

“As a result of attacks (Ukrainian forces), the mine Ambush left without electricity in Donetsk, “ reported by the RIA, citing the territorial defense of the separatist regionssupported by Russia.

The Ukrainian authorities have not yet responded to the allegations, and the BBC has not been able to independently verify the information.

Ukrainian President Zelensky, meanwhile, visited the city Mykolaiv in the south of Ukraine, which lies on the front line, and presented medals to the Governor regions in the mayor of the city, according to a video posted on the Telegram channel. In the description, he wrote that he discussed in the city about “the state of the economy, the restoration of water supply in situation in agriculture “.

“We paid special attention to threats from the mainland in sea. We do not stop striving to win, “ he wrote in the description of the recording. The footage also shows that he is the governor regions Vitaly Kim He showed Zelensky damage to an apartment building in which a Russian missile explosion made a big hole.

Zelensky visited the city only a day after the Russian attack, in which two people were killed and 20 were injured. This is one of the rare visits of the Ukrainian president outside Kiev, and the first such visit was made in late May in the eastern city of Kharkov.

The clashes are taking place along the provincial borders Mykolaiv in Kherson, and the front line has largely stabilized. Mykolaiv has been the target of Russian attacks since the start of the Russian invasion on February 24, as it represents a defensive center southern Ukraine in lies on the way to the strategically important Black Sea port city of Odessa, writes the French news agency AFP.

Sony has sold over 32 million PS5s since the console’s launch.

Most of the accidents involve skiing outside the marked tracksA series of avalanches in Austria claimed three lives in the last two days. ...
Previous article
Kysselef second, Belak third on the jump in Koper
Next article
Iván Potuve’s mistake when he wanted to make fun of the “approve” option: Daniel Matamala replied to him