Protesters in London demanded action because of rising living costs 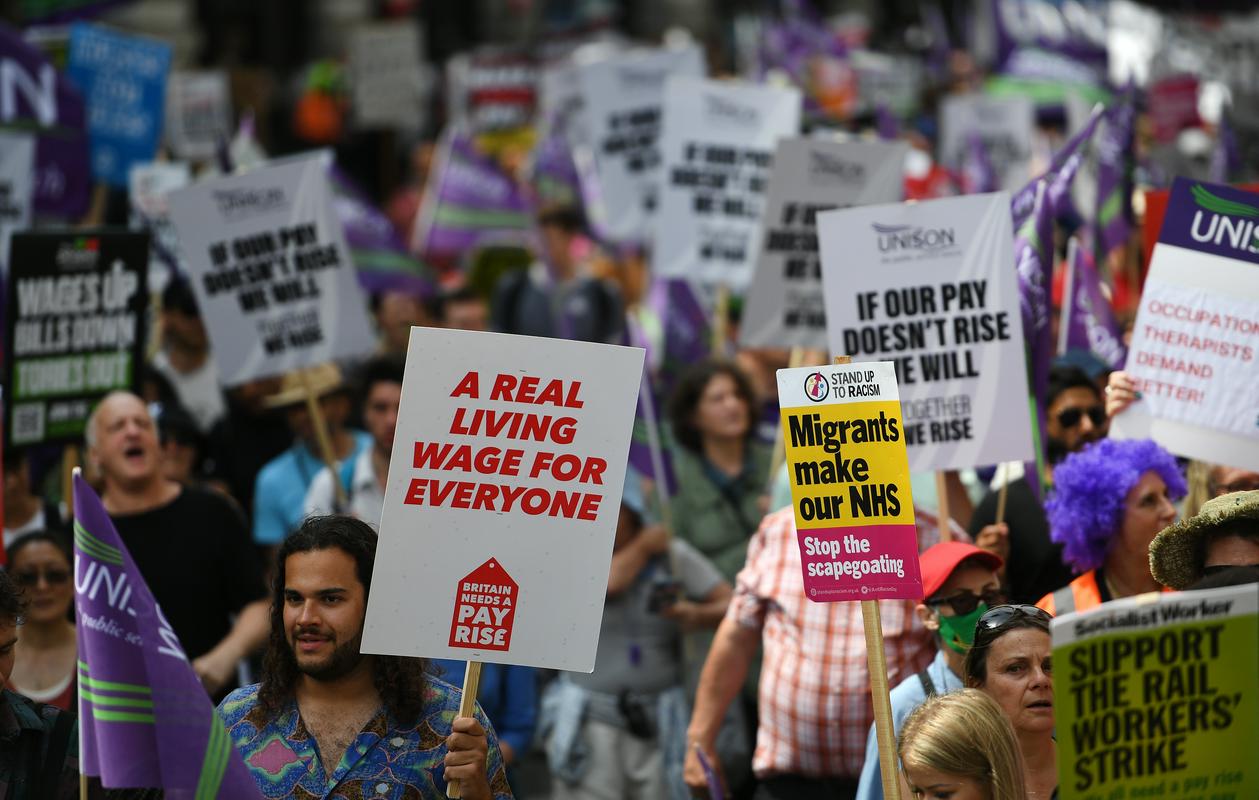 Tens of thousands of protesters gathered in central London, demanding that the government take action due to rising living costs. The meeting was organized by the Confederation of Trade Unions (TUC).

TUC Secretary-General Frances O’Grady noted that workers have lost almost £ 20,000 (€ 23,300) since 2008 as wages did not keep pace with inflation. The Confederation of Trade Unions demands “decent salary increase for civil servants” and a minimum hourly rate of £ 15 (€ 17.5), reports the BBC.

People in the crowd whistled, cheered and applauded as they fired a blue rocket to mark the start of the march. Participants sang and danced to loud music.

The protest was also attended by 25-year-old Ben Robinson, who works for a charity in Brixton, South London, and 24-year-old Frankie Brown, a teacher.

Brown pointed out that he has children in the classroom who return to homes where they have no food every day, and Robinson said there are people who have to choose whether to feed their children or pay rent and heating, while there are differences among the richest and poorest growing, the DPA reports.

22 points by Aleksandar ShaškovSo far this season, the Helios basketball players have lost only twice to Krka in the national championship, and they...
Previous article
We don’t have to worry about stone, scissors, paper or before the Tour
Next article
“Carabellero” remains undefeated: Magalanes rescues a draw against rivals in the first division of the Chile Cup