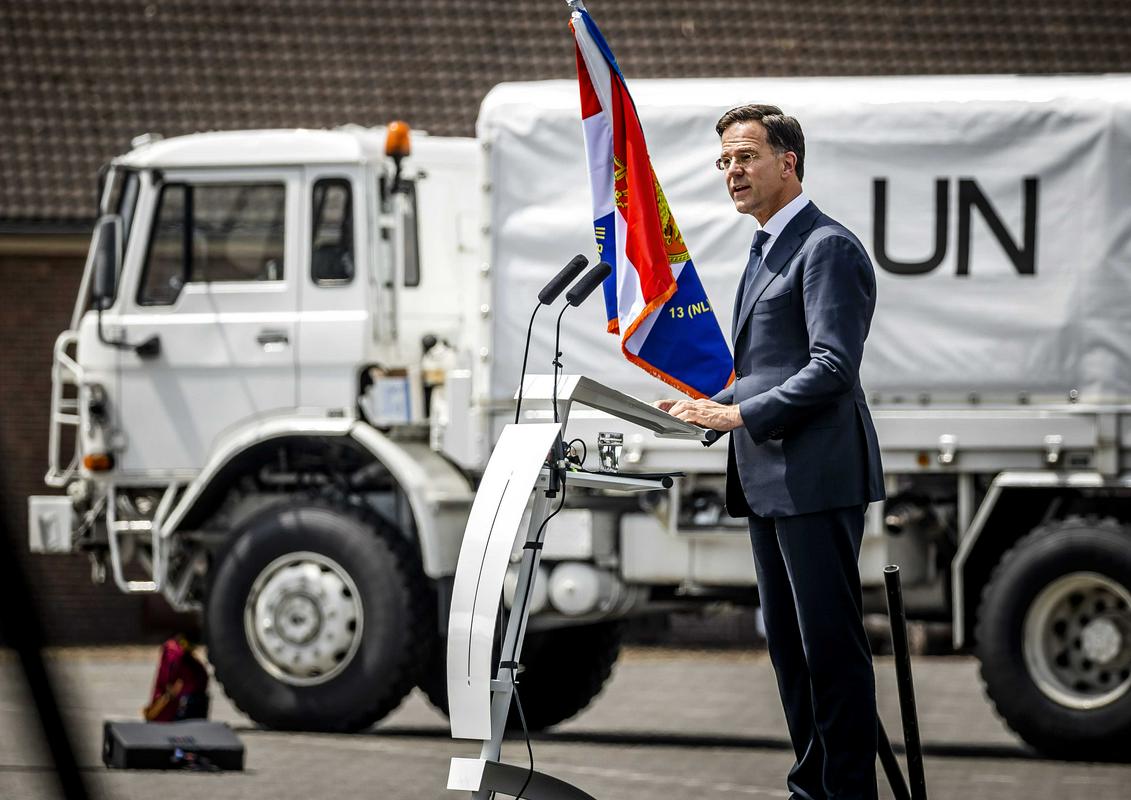 “Where are we now when people in Ukraine are suffering brutal Russian aggression,” Rutte asked

On Saturday, Dutch Prime Minister Mark Rutte apologized to former Dutch members of the Blue Helmets, who were supposed to protect Srebrenica during the 1995 war in BiH, but were armed only with light weapons and left the city to Serbian forces.

They then carried out a massacre of Bosniak men and boys. Altogether, more than 8,000 people were killed in the genocide in Srebrenica, which is considered the worst crime in Europe since World War II, according to the Potocari Memorial Center.

“On behalf of the Dutch Government, I apologize today to all the women and men of Dutchbat III,” Rutte told those gathered at the military base in Schaarsberg. As he added, they are members of the peacekeeping force “in difficult situations, always try to do the right thing, even when it was no longer possible.”

The fact that Dutch troops did not prevent the genocide in Srebrenica has left a big stain on the Dutch national consciousness, warns the French news agency AFP.

Rutte apologized to the veterans “lack of government support”when they were the target of criticism after returning home. These soldiers rightly wondered where the rest of the world was during the massacre, he added.

“And today, of course, we also wonder: Where are we now? Now that the people of Ukraine are suffering brutal Russian aggression,” the Dutch prime minister added. “How painful is it that there is war on our continent again and that war crimes are happening again just a few hours a year from us?” he wondered.

Srebrenica was declared a protected area by the United Nations in April 1993, controlled by a small number of Dutch blue helmets. Therefore, almost 30,000 Bosniaks from all over BiH took refuge there. Bosnian Serb forces under command Ratko Mladic in Radislav Krstić nevertheless, they launched an offensive on Srebrenica in July 1995 and entered it on 11 July.

A Dutch battalion of UN peacekeepers was stationed near Srebrenica when the city fell. The Bosniaks who took refuge at the UN base were handed over to the Serb side, including 350 boys and men who were then killed by Bosnian Serb forces.

In 2019, the Dutch Supreme Court ruled that the state was to some extent, albeit to a lesser extent, responsible for the deaths of these 350 men. He estimated that they would have a ten percent chance of survival if they could stay at the UN base in Srebrenica at the time.

Brooklyn crushed the weakened Lakers in the last quarterDallas basketball players do not find the right form in January. They are currently in...
Previous article
Pogačar overtook Mohorič in the sprint and confirmed the overall victory
Next article
In Šentvid near Stična, after a pause, the traditional camp of Slovenian choirs is again