Alleged surrender of the Ukrainian battalion in Severodonetsk. New attacks on Kyiv. 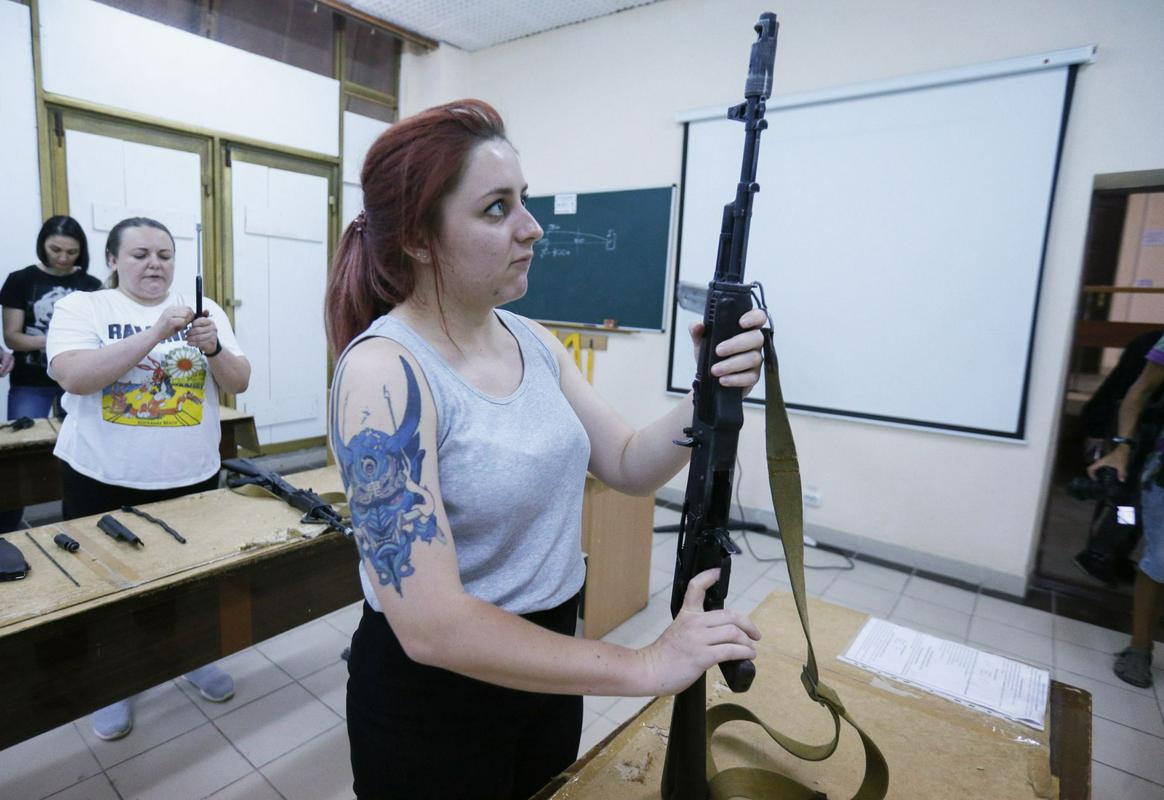 A fierce battle is taking place for Severodonetsk

Leading negotiator from Kiev David Arahami stated that there will be no peace talks with Russia until the end of August, as a counterattack will be carried out earlier. Fierce clashes are taking place in Severodonetsk. He then estimates that the war could last for several years.

Peace talks between Ukraine and Russia have stalled for now. In late March, Kyiv showed readiness to resign from NATO membership in exchange for security assurances from the international community. Russia is also demanding the so-called demilitarization of Ukraine and the cessation of territorial territory in the Donetsk basin to Russia.

Ukrainian negotiator David of Araham said in an interview with Voice of America that there will be no peace talks with Russia until the end of August, as a counterattack will be carried out sooner. He did not release details.

Then: The war could last for years

The fate of the war in Ukraine is still unclear, but he is NATO Secretary General Jens Stoltenberg told Bild it could take years. “We have to come to terms with the fact that the war could last for years. Our support for Ukraine must not be compromised, even if the costs are high. And by that I mean not only the cost of war, but also the rising prices of energy and food. “

British general Patrick Sanders however, he said British troops must prepare to fight in Europe. “The imperative before us is to form an army that is ready to fight side by side with our allies and defeat Russia. We are a generation that has to prepare the army to fight in Europe once again,“said the general. He made the comment shortly after the British prime minister Boris Johnson reminded its fellow citizens that “they must prepare for another war“since he is the Russian president Vladimir Putin picked up a war strategy of depletion in Ukraine.

Meanwhile, Russian forces have sent several units of reserve troops to Severodonetsk to take over the city in eastern Ukraine.

“Today, tomorrow or the day after tomorrow they will use everything they have, because there are already so many of them there, they have a critical mass“said the governor of the Lugansk region Sergey Gaidai.

Fighters of the Ukrainian battalion Ajdar in the suburbs of Severodonetsk have surrendered, meanwhile reported by the Russian news agency Tass, citing pro-Russian sources in Lugansk.

Ambassador of the self-proclaimed Luhansk People’s Republic to Russia Rodion Mirošnik announced on the social network Telegram that the surrender of the armed forces together with their leaders had been confirmed in the suburb of Severodonetsk, Metelkin.

He added that it was “the outskirts of Lisičanska suffered very severe blows”. According to him, the fighters at the Azot chemical plant in Severodonetsk have also indicated that they are ready to continue negotiations.

The Russian military later reported that it had destroyed one of the Ukrainian army’s commands in a rocket attack in the Dnipropetrovsk region of southeastern Ukraine, according to the German news agency DPA. According to a spokesman for the Russian Ministry of Defense Igor Konashekov killed more than 50 high-ranking Ukrainian officers, including generals.

Mayor of Melitopol in southeastern Ukraine Ivan Fedorov however, he said today that Ukrainian forces had made significant progress in the Kherson area and were already on the outskirts of the city. “It’s similar in the Melitopol area. Our armed forces have already moved more than 10 kilometers from Zaporozhye towards Melitopol,“Fedorov said. He added that Ukrainian forces have been given new weapons by the West and will be able to liberate Melitopol, which is now in Russian hands,” the Italian news agency Ansa reported.

An attack on the city of Donetsk is also expected on Saturday, in which five civilians were killed and 12 were injured, the authorities said.

An alleged attack on the Izjum gas station, which is said to have caught fire, has been reported from eastern Ukraine. Russian forces are also said to have destroyed a fuel depot in Novomoskovsk, a city in the east of the country, with an air strike, injuring three people.

Kyiv again the target of attacks

The Ukrainian capital Kyiv was again the target of airstrikes this morning. According to official figures, Ukraine’s air defenses shot down a Russian missile over the city, the German news agency DPA reported.

“Explosions erupted in the Vyshgorod area. The air defenses fired at enemy targets,” published in his Telegram the military governor of the Kyiv region Oleksiy Kuleba. According to him, there are no injuries or new material damage in the city. He asked the people of Kiev to take refuge in shelters in case of air raid alarms.

The Russian army shelled Kyiv several times at the start of the war in Ukraine. At the beginning of the invasion, Russian ground and air troops tried to take the city, but failed. Moscow then withdrew its troops from the Kiev area, which can still be reached from Russian territory by missiles, the DPA adds.

Zelenski: We do not give the South

Ukrainian President Volodymyr Zelensky after visiting defense lines in the south of the country for the first time on Saturday, he assured that the Ukrainian forces of the south of the country will not surrender to anyone. On a rare trip from Kiev, where he spends most of his time for security reasons, he traveled to Mykolaiv on the Black Sea and visited troops in the area and the neighboring Odessa region for the first time since the Russian invasion of Ukraine in late February.

“We will not give the South to anyone, we will return everything that is ours, and the sea will be Ukrainian and safe,“he said in a video posted on the Telegram on his return to Kyiv.”The losses are great. Many houses are destroyed, there are problems in logistics, there are many social issues“he admitted, adding that he had ordered more systemic assistance to all those who had lost relatives.”We will definitely restore everything that was destroyed. Russia does not have as many rockets as our people’s desire for life“he added.

Commander from Azovstal transferred to Russia

The Russian agency Tass reported that the two commanders of the Ukrainian battalion in Azovstal in Mariupol, Svyatoslav Palamar in Sergey Volinskytransferred to Russia.

“Representatives of the special forces transferred Svyatoslav Palamar and Sergei Volinsky from Donetsk to the Russian Federation to carry out investigative activities with them. They also transported other officers from various Ukrainian units to Russia,” an unnamed law enforcement spokesman told Tass.

The truth of the allegations has not yet been independently confirmed.

Other captured Ukrainian fighters are also said to have been transferred to Russia, but their fate is unknown.

Russian law enforcement later confirmed to Tass that several surrendered Azov battalion commanders had been taken to Moscow’s Lefortovo remand prison. “Currently, several Azov commanders were taken to Lefortovo, who were captured during the clashes for Mariupol,” said a source who did not disclose their names.

The fate of hundreds of Mariupol defenders who surrendered in May after months of siege by Russian forces is unknown. Moscow said some time ago that they had been transferred to eastern Ukraine, which is under the control of pro-Russian forces.

Ukraine claimed earlier this month that its intelligence services were in contact with captured fighters. Kyiv is working to replace them with Russian prisoners, and in Russia, meanwhile, some politicians have demanded that some of them be tried.

On Saturday, the Russian Ministry of Defense announced that 74 people had been killed in Ukraine “mercenaries” from Croatia, who were fighting against Russian forces. The Croatian Foreign Minister finds this information “incredible”.

The American portal Politico reports that the US Department of Defense is considering a new shipment of eight high-capacity missile systems to Ukraine. The decision should be taken “according to the needs of Ukraine“.

Previous article
The second Krafft ends with the awarding of golden apples
Next article
Not yet celebrated in 2022: ATP number one bows in the final of the Halle Tournament