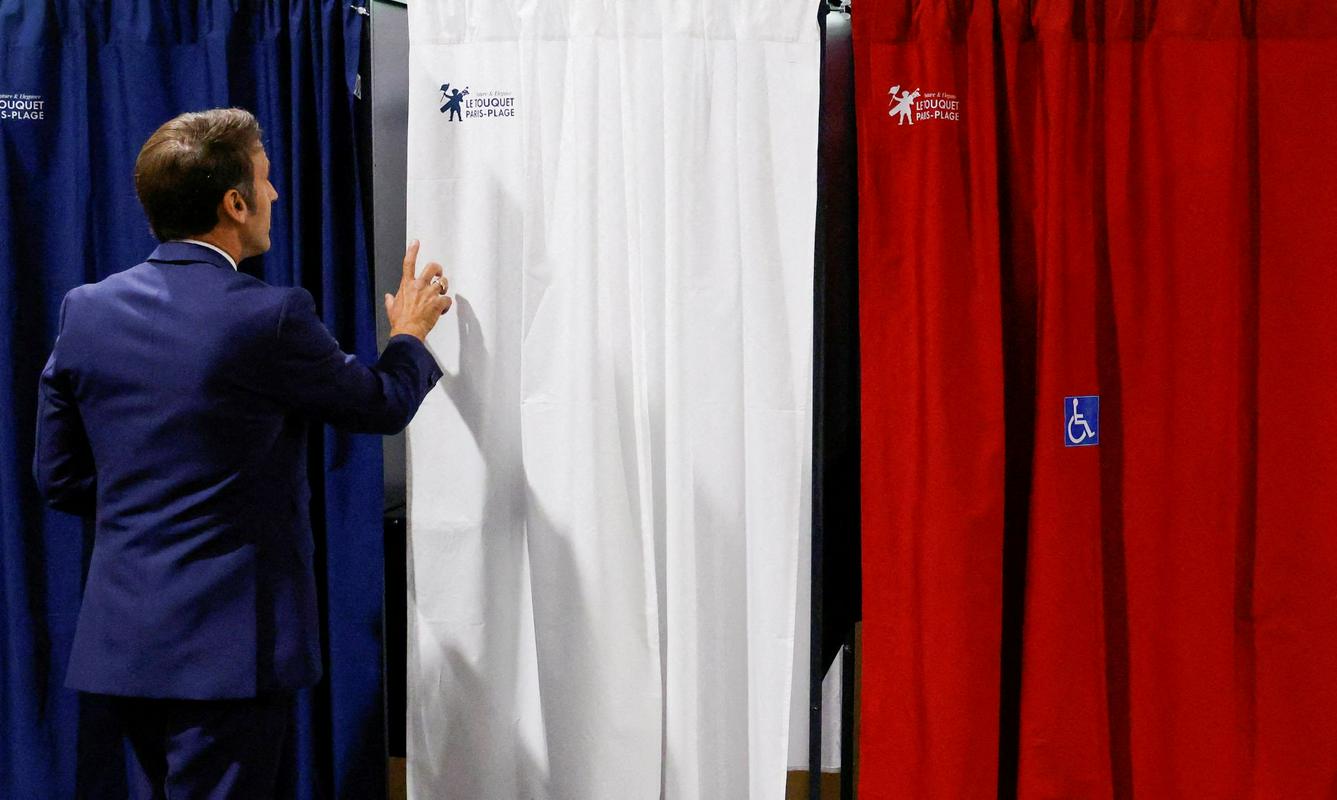 The results of the by-elections are known immediately after the closing of polls in major cities at 8 p.m.

The Alliance Together is expected to win between 200 and 260 seats, with an absolute majority of at least 289 seats.

Left Alliance Nupes under the leadership Jean-Luca Melenchona it is projected to win 149 to 200 seats, while the far right is expected to strengthen Marine Le Penwhich is expected to win 60 to 102 seats, the French news agency AFP reported.

If Macron really does not get an absolute majority, he will have to look for allies for his reform plans, which could trigger a period of political uncertainty. Such a degree of division of power between different parties is something that France has not seen for decades, but political paralysis and even new elections could occur.

Macron’s alliance may seek cooperation with conservative Republicans or lead a minority government to negotiate laws with other parties on a case-by-case basis.

Nupes, which unruly Rebellious France, socialists, communists and environmentalists joined before the presidential election, will clearly be the strongest opposition group in the French parliament.

Its leader, Melenchon, 70, has already called for lowering the retirement age, taxing the rich and improving social and climate policy during the presidential election.

However, the far-right National Assembly has seen rapid growth. in parliament. Jordan Bardella from the top of the party leadership, he described the achievement as “tsunami”.

The first round of elections last Sunday was marked by a record low turnout, with less than 48 per cent of voters turning out.

“On Sunday, the republic must not miss a single vote. I count on you to give the country a strong majority that will be able to meet the challenges of the times and build hope“Macron told citizens, urging them to secure a solid majority in parliament. He warned that instability would otherwise ensue in France. New measures announced include raising the retirement age and lowering taxes.