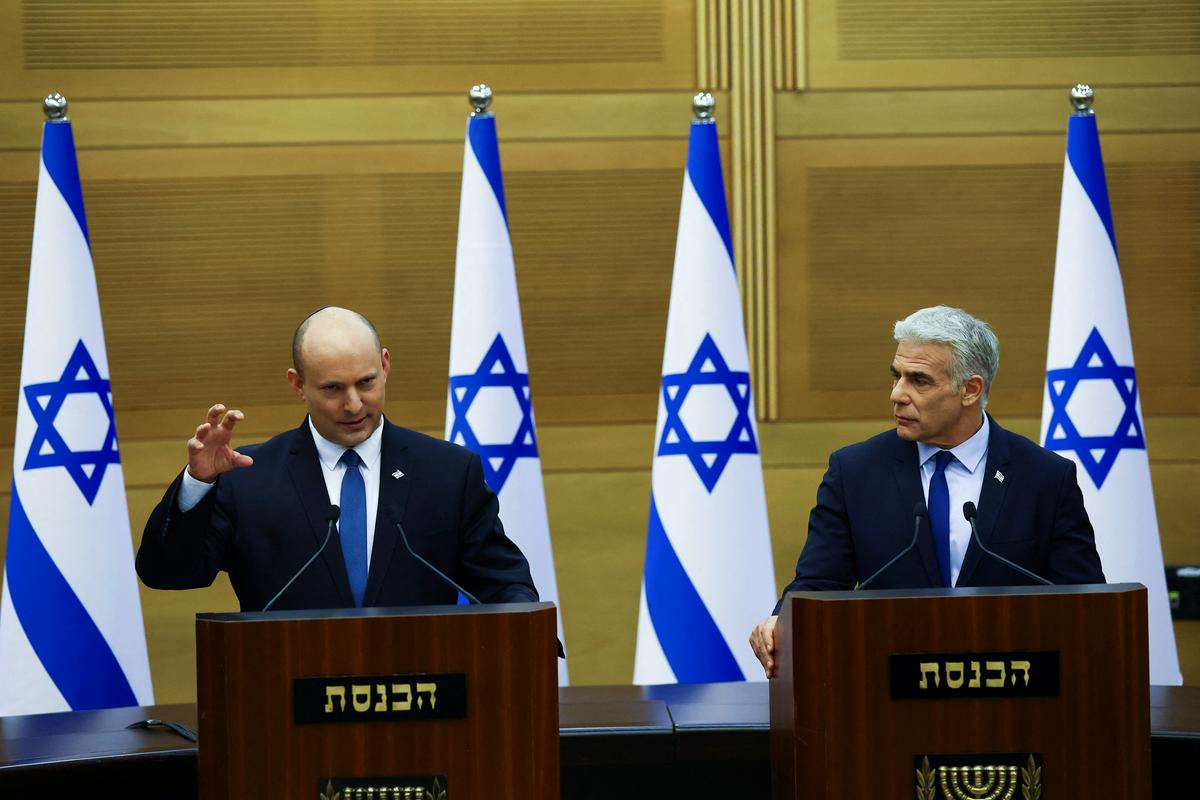 In Israel, the fifth parliamentary elections in less than four years are announced, as the leaders of the ruling coalition, Prime Minister Naftali Benet and Foreign Minister Jair Lapid, have decided to file a motion to dissolve parliament next week.

With this, the coalition overtook the opposition, which also announced that it would submit its proposal for the dissolution of parliament on Wednesday.

If the coalition proposal for the dissolution of the parliament is adopted, Lapid will take over the position of the Prime Minister until the new elections, who will then host the American President next month, among other things. Joe Biden during his planned visit to Israel. New parliamentary elections could take place in October.

Eight parties were too many

The ideologically divided alliance of eight parties was formed a year ago and includes religious nationalists such as Bennett, Lapid’s center-left party Yesh Atid, leftists and, for the first time in Israeli history, members of the Arab Islamist Party. However, it was a coalition that was formed with the intention of ending the rule Benjamin Netanyahu, very fragile from the very beginning. In April, she lost a majority in the 120-member parliament after a handful of MEPs left.

New frictions in the coalition have sparked recent disagreements over the resumption of a measure that allows Jewish settlers in the occupied West Bank to live under Israeli law.

Longtime Prime Minister Netanyahu, who is currently on trial on corruption charges, commented on the announcement of the coalition’s break-up, saying it was “great news for millions of Israeli citizens”. “This government can pack,” he said and announced that he would try to reassemble with his Likud party “broad, nationalistic” government.

According to a poll conducted by Chanel 12 last week, the Netanyahu bloc would get the most seats in the Knesset in the election, but two less than the majority.

Previous article
Slovenian architecture students want to restore Kharkov: they raised 7,300 euros through the King’s Chairs auction
Next article
“Autumn wave of price increases will be the first big shock”