Russian army in the industrial area of ​​Severodonetsk. Moscow has summoned an EU ambassador for talks. 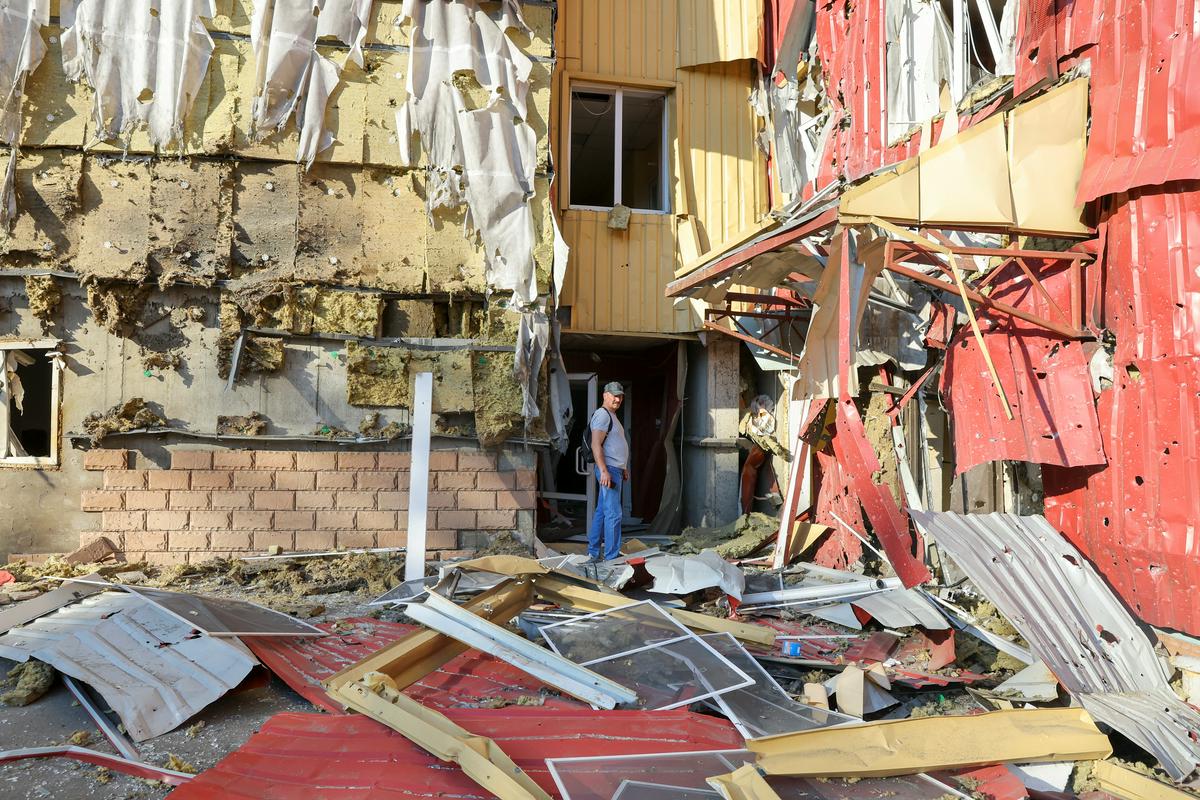 The Russian army has entered the industrial area of ​​the besieged city of Severodonetsk, said the governor of the Luhansk region Sergei Hajday. Russian forces, however, have announced that the entire Kherson region is connected to Russian television programs.

The Azot chemical plant is the only part of the industrial area in the strategic city of Severodonetsk that has not yet been captured by Russian troops, Hajdaj wrote in the Telegram. In the area of ​​вЂ ‹вЂ‹ the factory, according to the Deputy Prime Minister of Ukraine Irina Vereshchuk about 300 more civilians sought refuge there from the shelling.

Russian separatists accuse Ukrainian forces of preventing the evacuation of civilians from the region by “constant shelling,” according to Russia’s Interfax news agency. On Monday, 20 Ukrainian civilians are expected to leave the factory after a crossing not controlled by Ukrainian forces.

The Russian military, however, said the entire Kherson region, which is controlled by Russian forces, is connected to Russian television programs. These will now be available to residents free of charge. About a million people in the region thus have free access to Russia’s main channels, including the channels of the Kremlin’s public broadcaster VGTRK.

“Experts from the broadcasting units of the Russian Armed Forces have connected and adapted the last of seven television transmitters in the Kherson region to broadcast Russian channels,” the Russian Defense Ministry said.

The area of ​​the Kherson region, bordering the annexed Crimean peninsula, was conquered by the Russian military in the first days of the offensive against Ukraine, which began in late February. Since then, Moscow has pursued a policy of Russification of territories under its control in southern Ukraine: the Russian currency, the ruble, has been introduced, and Russian passports have also begun to be distributed.

Due to the dispute in Kaliningrad in talks, the EU Ambassador

The complication occurred in the Russian enclave of Kaliningrad, as Lithuania does not allow cargo – coal, metals, construction materials and advanced technology – subject to European Union sanctions to enter that Russian enclave through its territory. The Secretary of the Russian Security Council therefore came to Kaliningrad Nikolai PatrushevMoscow summoned the European Union ‘s ambassador to Russia for talks Markus Ederer. Moscow on Monday described Lithuania’s actions as “openly hostile” restrictions on rail transport of goods subject to European Union sanctions.

“If the transport of goods between the Kaliningrad region and the rest of the Russian Federation via Lithuania is not fully resumed in the near future, Russia reserves the right to take measures to protect its national interests,” they wrote in a statement to the ministry. The ministry also said it had alerted the Lithuanian charge d’affaires in Moscow to protests against his country’s “provocative” and “openly hostile” measures. “The situation is more than serious and requires a very in-depth analysis before making any measures and decisions,” a Kremlin spokesman told reporters Dmitry Peskov.

European Union leaders will discuss granting candidate status to Ukraine at the summit on Thursday and Friday. Luxembourg Foreign Minister Jean Asselborn he said that ““We are approaching the point where we will tell Russian President Vladimir Putin that Ukraine belongs to Europe and that we will defend the values ​​that Ukraine also upholds.” he said.

Previous article
Higher fuel prices, and in many places supply problems. Petrol: Price regulation will reduce the group’s profit.
Next article
The longest day of the year brings a festival that connects cities around the world with music