Georgians call for EU membership: “Europe is our historic choice” 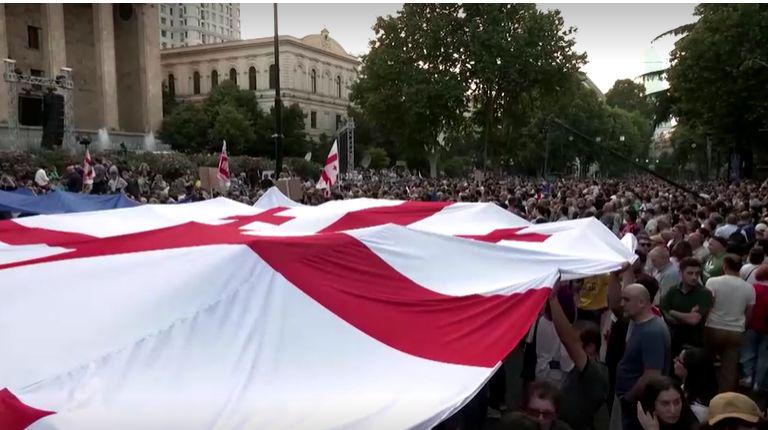 Will she get candidate status?

Tens of thousands of people demanded Georgia’s membership in the European Union on the streets of the Georgian capital, Tbilisi. With the protest, they wanted to show their European partners that the citizens of Georgia have chosen Europe and that they are ready to defend this choice.

Europe is a historic choice and a wish of Georgians, for which all generations have sacrificed, the organizers of the rally warned. “Freedom, peace, sustainable economic development, the protection of human rights and justice are values ​​that unite us all and would be ensured by joining the European Union,” he said. they added.

Georgia, which borders Russia in the north, like Ukraine and Moldova, applied for membership of the European Union shortly after the Russian invasion of Ukraine began. But while the European Commission has proposed for Kyiv and Chisinau to be granted candidate status, it has only proposed a European perspective for Georgia. The final decision is expected to be made by EU leaders at a summit in Brussels on Thursday and Friday.

Relations between Georgia and Russia have been particularly strained since the 2008 war, when Moscow recognized the separatist territories of South Ossetia and Abkhazia as independent states and stationed thousands of its troops in those areas.