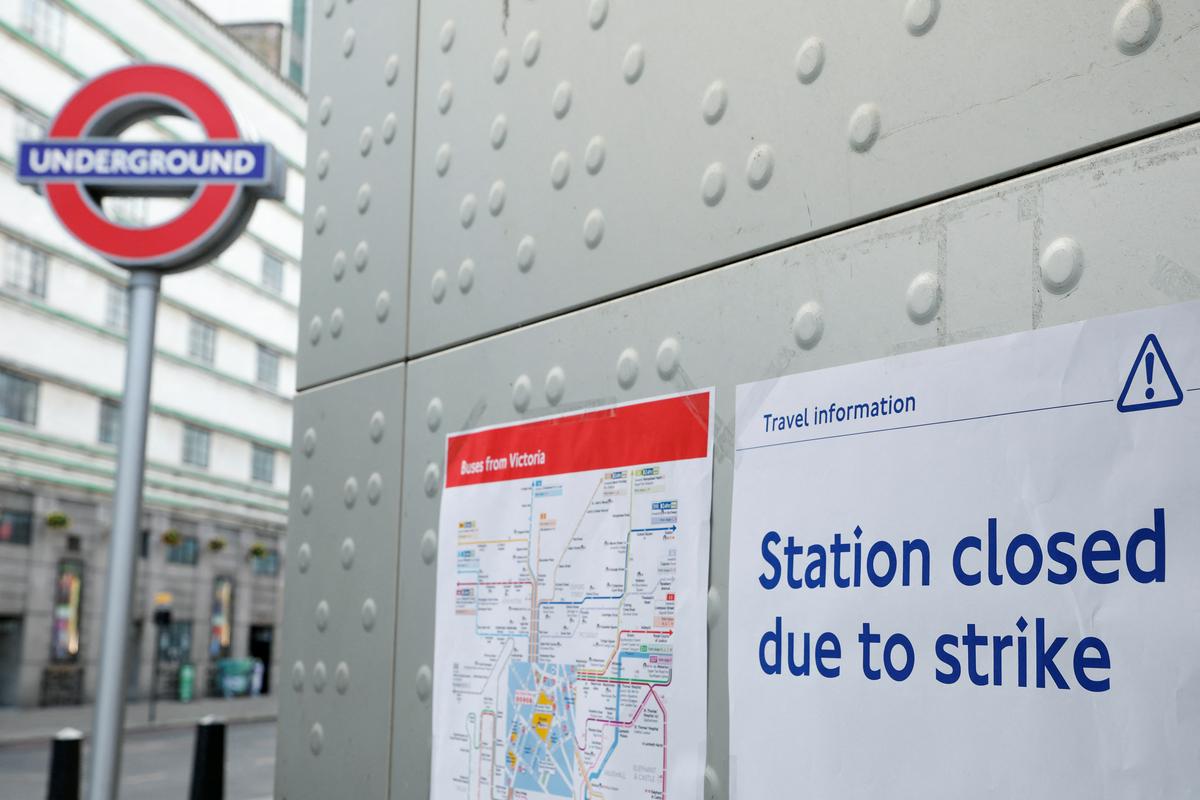 Not even the London Underground is working today

The UK is the largest strike on the rail network in 30 years, so there will be train cancellations and delays until Saturday.

The Union of Railway and Maritime Workers announced a few days ago that negotiations on wages and better working conditions had failed, so they stayed at home today. They will do the same on Thursday and Saturday, writes the Guardian. According to the unions, this is the largest strike since 1989. It will certainly increase the traffic chaos currently prevailing in the country, as airlines have recently been forced to reduce the number of flights due to staff shortages.

The strike will affect millions of people, as thousands of connections have been canceled, forcing passengers to find other means of transport. Only 4,500 of the usual 20,000 connections will be operational, which means that not a single passenger train will run in most of the country all day.

Secretary General of the Union Mick Lynch he explained on Saturday that talks had been held in recent weeks with network infrastructure manager Network Rail, railway companies and the London Underground, but no suitable solution had been found. More than 50,000 railway workers have joined the three-day national strike, and today they will be joined for 24 hours by London Underground workers.

The union accused the Conservative government of cutting the transport network by billions of pounds, forcing them to strike themselves. According to them, jobs have been lost across the sector, while the wages of remaining employees are not following rising inflation, the highest in 40 years.

The Rail Delivery Group, the body of passenger and freight carriers, has confirmed that the strike will affect millions of people. They promised to try to maintain as many services as possible, but warned they would “significant disruptions are inevitable and there will be no services in some parts of the network”.

The Department of Transportation warned it could jobs at risk if passengers stop using the railways at a time when the sector is trying to recover from a pandemic decline.

The strike coincides with some major events, including the Glastonbury Music Festival and national exams for students.

Previous article
Georgians call for EU membership: “Europe is our historic choice”
Next article
Macron refused the resignation of Prime Minister Borne. He starts talks with the opposition.