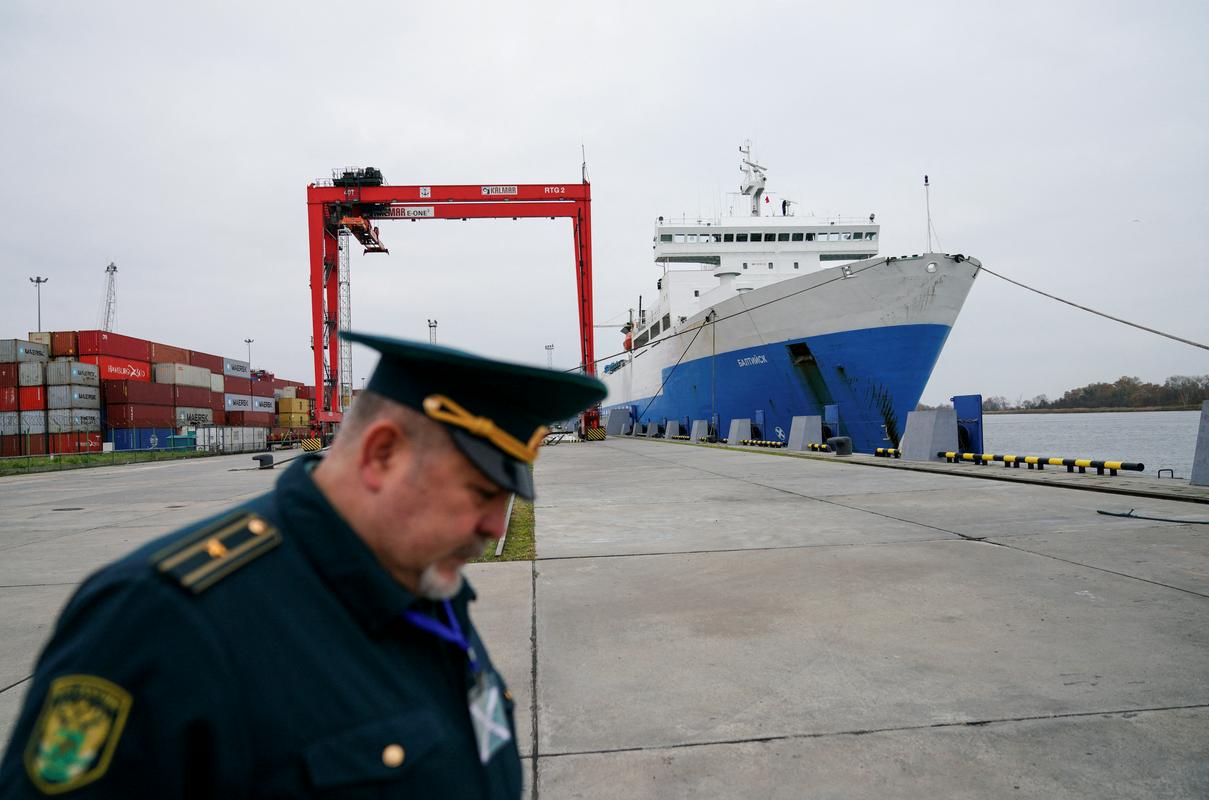 The Russian Foreign Ministry summoned the European Union’s ambassador to Moscow, Markus Ederer, and strongly protested against Lithuania’s “anti-Russian restrictions” on the transit of certain goods from Russia to its exclave in Kaliningrad.

The Union has been accused of escalating tensions. “We have drawn attention to the inadmissibility of such acts, which violate the relevant legal and political obligations of the European Union and lead to escalating tensions,” reported from the Russian Ministry.

After the conversation, Ederer said that he called on the Russian side for peace and a diplomatic solution to the issue.

Earlier, Russia threatened Lithuania with serious negative consequences by banning the rail transport of EU-sanctioned goods from mainland Russia to Kaliningrad. Head of the Russian Security Council Nikolai Patrushev however, at the Kaliningrad Regional Security Conference, he threatened Lithuania with retaliation. He announced that Moscow would oppose Lithuania, a member of the EU and NATO, “Take appropriate retaliatory measures in the near future, which will have a serious negative impact on the people of Lithuania”.

Last week, Lithuania announced a ban on rail transport of EU-sanctioned goods from mainland Russia to Kaliningrad, which lies between Lithuania and Poland. The list of sanctioned goods includes coal, metals, construction materials and advanced technology.

Russia’s Foreign Ministry on Monday demanded the immediate elimination of the Lithuanians “openly hostile” restrictions on the carriage of goods by rail. “If the transport of goods between the Kaliningrad region and the rest of the Russian Federation via Lithuania is not fully resumed in the near future, Russia reserves the right to take measures to protect its national interests,” they wrote in a statement to the ministry.

High Representative of the Union for Foreign Affairs Josep Borrell He pointed out after Monday’s meeting of EU foreign ministers that Lithuania was only implementing EU sanctions against Russia in the blockade. He dismissed accusations that he was carrying out his sanctions as lies and propaganda. Nevertheless, he assured that the European Commission will double-check that Lithuania’s action complies with all the rules.

Russian army in the industrial area of ​​Severodonetsk

The Russian army has entered the industrial zone of the besieged city of Severodonetsk, said the governor of the Luhansk region Sergei Hajday. Russian forces, however, have announced that the entire Kherson region is connected to Russian television programs.

The Azot chemical plant is the only part of the industrial area in the strategic city of Severodonetsk that has not yet been captured by Russian troops, Hajdaj wrote in the Telegram. In the area of ​​вЂ ‹вЂ‹ the factory, according to the Deputy Prime Minister of Ukraine Irina Vereshchuk about 300 more civilians sought refuge there from the shelling.

Russian separatists accuse Ukrainian forces of preventing the evacuation of civilians from the region by “constant shelling,” according to Russia’s Interfax news agency. On Monday, 20 Ukrainian civilians are expected to leave the factory after a crossing not controlled by Ukrainian forces.

The Russian military, however, said the entire Kherson region, which is controlled by Russian forces, is connected to Russian television programs. These will now be available to residents free of charge. About a million people in the region thus have free access to Russia’s main channels, including the channels of the Kremlin’s public broadcaster VGTRK.

“Experts from the broadcasting units of the Russian Armed Forces have connected and adapted the last of seven television transmitters in the Kherson region to broadcast Russian channels,” the Russian Defense Ministry said.

The area of ​​the Kherson region, bordering the annexed Crimean peninsula, was conquered by the Russian military in the first days of the offensive against Ukraine, which began in late February. Since then, Moscow has pursued a policy of Russification of territories under its control in southern Ukraine: the Russian currency, the ruble, has been introduced, and Russian passports have also begun to be distributed.

European Union leaders will discuss granting candidate status to Ukraine at the summit on Thursday and Friday. Luxembourg Foreign Minister Jean Asselborn he said that ““We are approaching the point where we will tell Russian President Vladimir Putin that Ukraine belongs to Europe and that we will defend the values ​​that Ukraine also upholds.” he said.