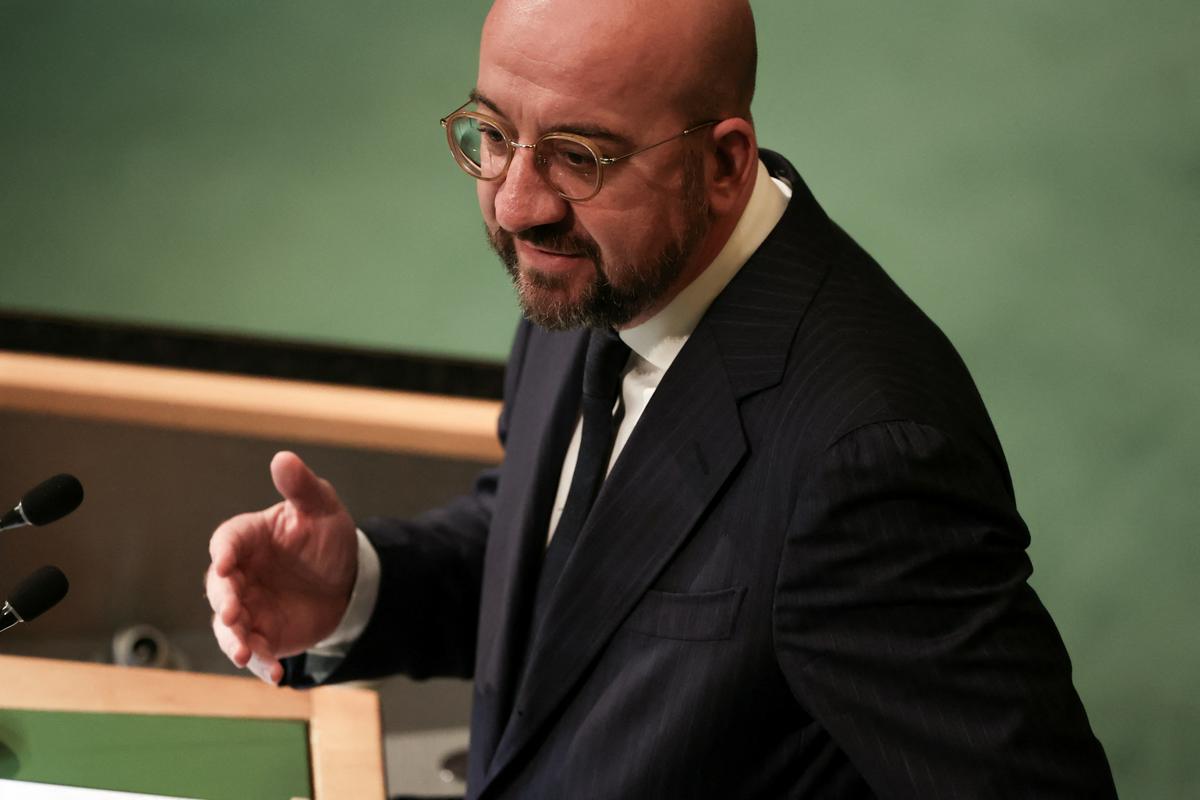 “The use of the right of veto should be an exception”

In a speech at the United Nations General Assembly, the President of the European Council, Charles Michel, called for the temporary exclusion of Russia from the Security Council.

“When a permanent member of the Security Council initiates an unprovoked and unjustified war condemned by the General Assembly, she should, in my opinion, be immediately suspended from the Security Council,” he said in a speech, meaning on Russian attack on Ukraine.

“The use of the right of veto should be the exception, but it has become, as we have seen, the rule. Reform is necessary and urgent,” he added. The president of Ukraine has repeatedly demanded the abolition of Russia’s right to veto for the duration of the invasion Volodymyr Zelensky.

All five permanent members of the UN Security Council have the right to veto. These are China, USA, France, Great Britain and Russia. The Security Council is the most powerful body of the UN, as its resolutions are binding on member states. In accordance with the UN Charter, it is also primarily responsible for maintaining international peace and security.

Previous articleCatalina Pulido attacks Mauricio Pestic on TV: ‘He has a fortune’
Next articleUS approves expansion of mobile internet services in Iran after cuts ordered by Tehran