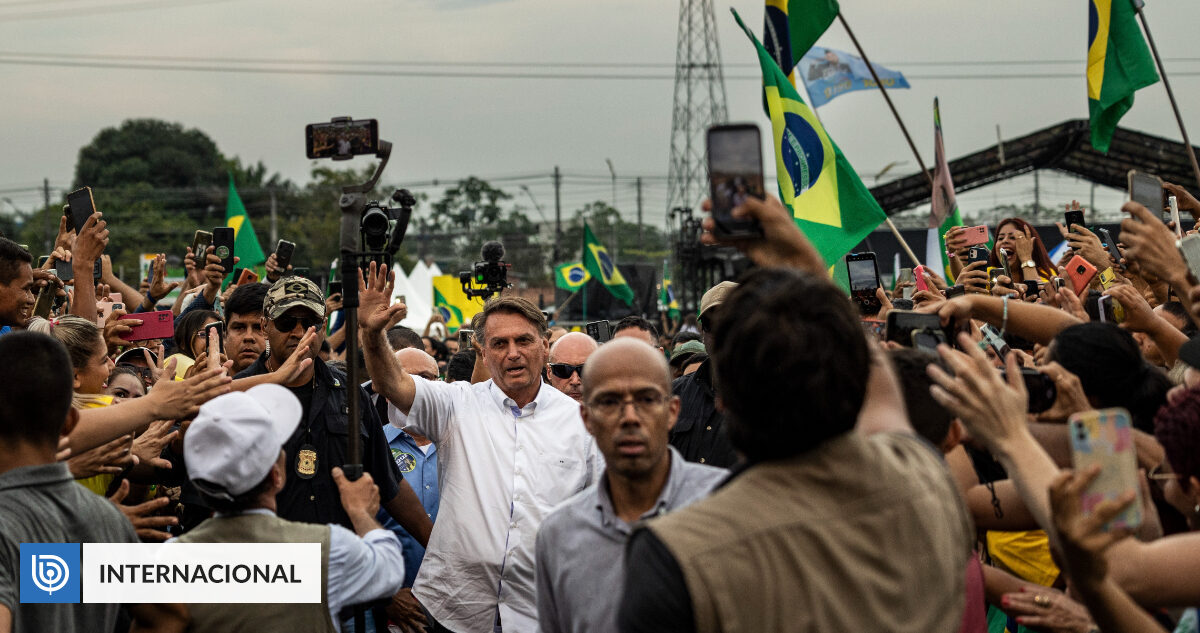 The Brazilian Investigative Journalism Association asserted that the judiciary was “overstepping its limits” in this decision by “restricting” discussion and “barring” people from accessing information.

Brazilian judicial decision ordering the portal Roux remove the reports he made public about the president’s use of cash by billionaires Jair Bolsonaro.

The study, which took into account 51 properties purchased by the president and his family, was controversial in Brazil because it was considered to contain censorship.

the action was ordered by the judge Demetrius Gomez Cavalcanti In response to a request from Senator Flavio Bolsonaro, one of the sons of the President of Brazil, the Court of Justice of the Federal District of Brasilia

The news portal has announced that it plans to appeal, considering it was a victim of censorship.

The judge justified his precautionary decision as follows. “Near the election process where the petitioner’s father is notoriously expressive and running for office.”

Brazil’s far-right leader and head of state is eager to be re-elected in the Oct. 2 elections.

Nevertheless, polls put him second with about 33% of vote intent, behind the former president. Luis Inacio Lula da Silva Favorite with about 47%.

The decision follows an investigation conducted by the portal that revealed the use of cash by Bolsonaro and his family.

The report analyzes 107 real estate transactions by Bolsonaro, his children, ex-wife and brother since 1990. Fifty-one real estate acquisitions were made in whole or in part for cash.

According to reports, they were used in the purchase of these properties $2.6 million In cash. This figure will reach 26.6 million reais with updated values. (approximately $5.1 million).

The portal argues that while cash transactions are not a crime, they may be aimed at making it difficult to track amounts from illegal sources.

The first report that clarified this problem was August 30th and September 9th of last year Another news item detailed the evidence.

Pursuant to a judge-ordered precautionary order, some of the data in the report were rejected by the judge on the grounds that they were obtained irregularly.

“Such facts are known to have been obtained fraudulently. They were leaked from police investigations, and it can be concluded that the disclosure of such data is abusive,” the judge ruled. said in

For the portal, the judge’s decision is presumed and aims to prevent political debate a week before the October 2 presidential election.

“This decision violates the precedents established in the Brazilian legal system and seeks to exclude it from public debate. pointed out. Monica Filgueiras Quoted by Portal.

Several news outlets have expressed concerns over the measure, as it involves censorship.

National Newspaper Association (ANJ) noted that the measure would be “a new act against press freedom in Brazil”.And I “Depriving citizens of their right to obtain information freely”

Previous articleAn impregnable shot: Morocco beat Chile in a friendly with a great goal from outside the area
Next articleWhy do you gain weight when you quit smoking?