Thousands of Britons take to the streets against record inflation 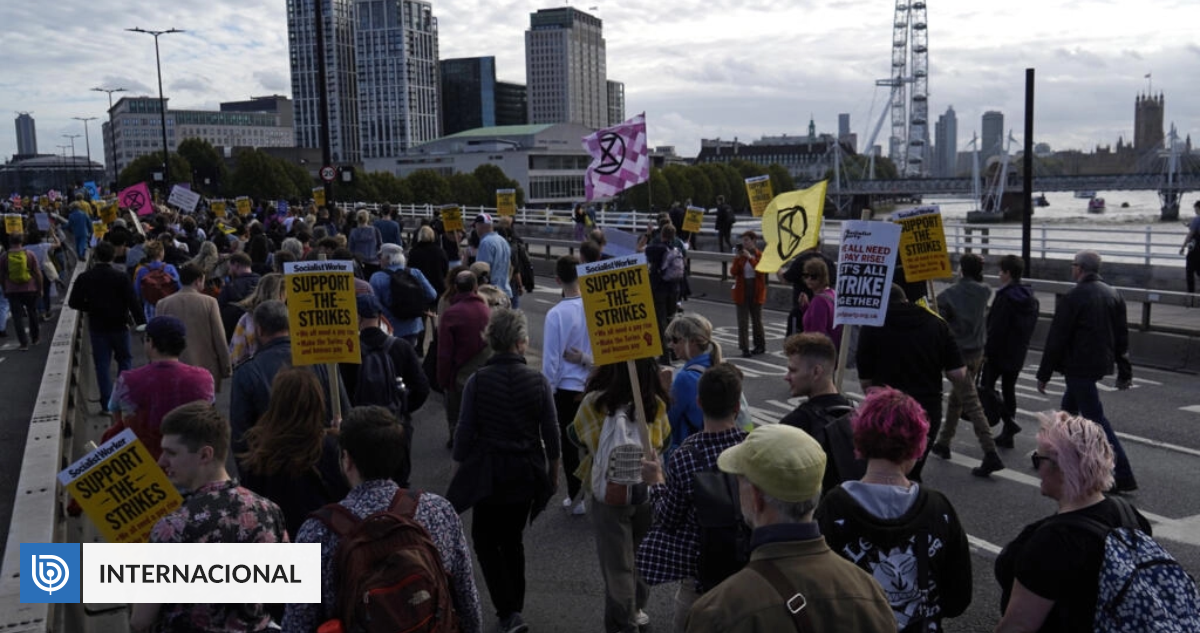 Massive tax cuts for the wealthy have caused public anger and misunderstanding. There are several banners that read “Support the strike” and “Freeze prices, not people.”

Thousands of Britons took to the streets on Saturday to protest the cost of living crisis as the government takes a dim view of budget policy after a week of market turmoil.

‘Support strikes’, ‘Freeze prices not people’ and ‘Tax the rich’ among others in London protesters at various organizations’ calls to Westminster in the heart of the capital I was able to read it on the banner of

People are “fed up,” says Lily Holder, 29, who is protesting in London.

This winter, which is expected to be tough for many Britons struggling to pay their living expenses, “will show the true cruelty of our government,” she said.

Most Britons calmly accepted the ‘mini-budget’ presented by the government last week. The announcement also shook markets, pushing the pound to an all-time low and prompting intervention from the International Monetary Fund and central banks.