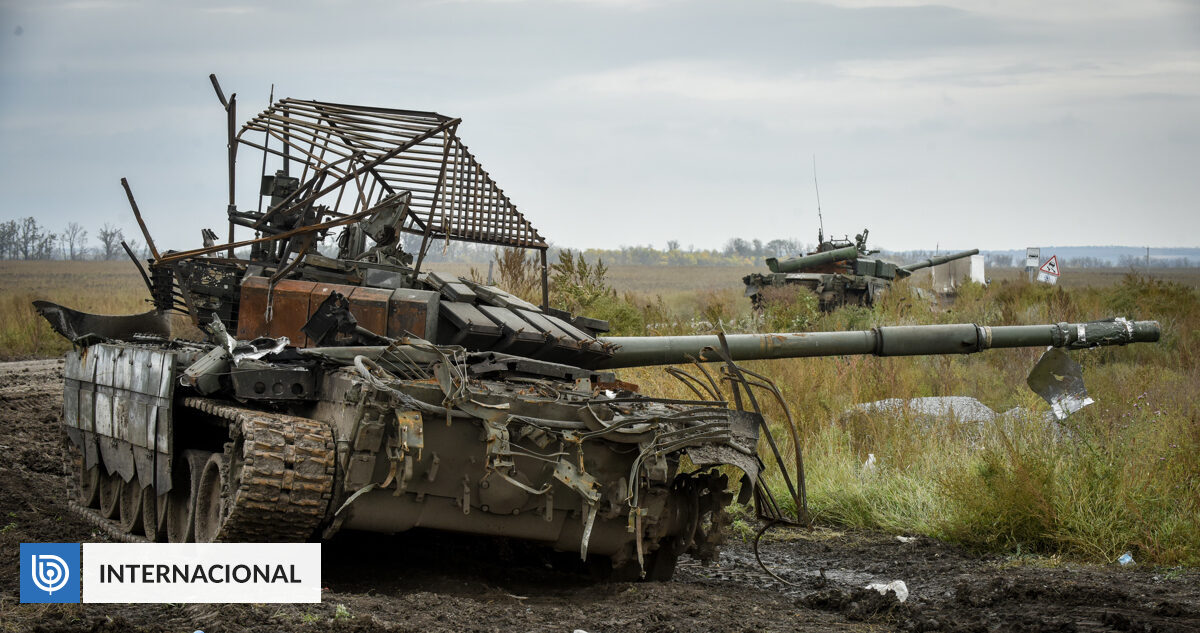 Russian forces withdrew from the pro-Russian stronghold of Liman in the Donetsk region on Saturday, avoiding a complete encirclement by Ukrainian forces. The withdrawal comes after his three-week-old withdrawal from the neighboring Kharkov area.

of russian army He suffered his second big defeat on Saturday. Eastern Ukraine Less than a month after leaving pro-Russian fortress of Liman, Above Donetsk region, 24 hours after annexing it and three other regions to the east and south of its neighbors.

“Allied forces have withdrawn from the town of Liman to more favorable positions due to the danger of being encircled,” he reported this Saturday. Igor Konashenkov Spokesperson of the Ministry of Defense of Russia.

This defeat is hard to digest. President Putin of Russia He promised Russians in both the Kremlin and Red Square on Friday that he would ensure the security of the new territories with “all force and means” in what he called a “liberation mission.”

In addition, this withdrawal will be done after the withdrawal of 3 weeks ago in the neighborhood Kharkiv region, The humiliation that forced Putin to order partial mobilization was extremely unpopular among Russians.

In fact, according to media reports, the first battalion with reservists is already on the ground, but its presence has gone largely unnoticed.

Ukrainians have had Liman between their brows since recovering the Kharkov area, as it is an important railway fork.

Before signing the annexation treaty in the Kremlin on Friday, Denis Pushin, leader of the self-proclaimed Donetsk People’s Republic. He had already admitted to receiving “worrying news” from Liman, where his army was nearly surrounded.

Since last night, the Russians have tried to “unblock” the city with heavy artillery fire, but the American War Institute has given 72 hours for this.

As happened in Kharkov, parts of the Russian army today took refuge in the fact that Ukrainian units were superior in both manpower and equipment.

The defenders also claimed that Russian artillery had inflicted heavy casualties on the Ukrainian 66th and 93rd Mechanized Brigades, destroying tanks and other military vehicles.

And he admitted that “despite losses, the enemy, superior in strength and resources, introduced reinforcements and continued the attack in that direction.”

According to Kyiv, about 5,000 men were in Liman, but neither Moscow nor the pro-Russian faction have specified the number.

The Liman knot leads both to irreducible Ukrainian strongholds in Donetsk -Kramatorsk and Lugansk- As well as the pro-Russian zone of neighboring Lugansk.

The unstoppable Ukrainian advance, coupled with the fact that the front line Russia must defend is over 1,000 kilometers long, puts Russian military capabilities in serious trouble.

Kyiv also restored five towns near Liman, although pro-Russian rebels claim to control the road leading to Kremina, already in the Lugansk region.

A map with unclear outlines

Battlefield defeats make the Kremlin’s job even harder. This is because, after reconsidering the borders for the second time in history, he does not fully control the geography of his four annexed regions.

The Kremlin is running out of answers. A few hours before the signing of the annexation treaty, Presidential Press Secretary Dmitry Peskov, At a press conference, he announced that the question of the exact limits of the annexation would be clarified on Friday.

he broke his promise. Twenty-four hours later, Russia does not know exactly what it has annexed, other than a vague notion of eastern and southern Ukraine.

The outlines of Donetsk and Luhansk are beyond doubt on paper, but the army controls less than half of these people’s first republics.

The problem is Kherson and Zaporizhia, It constitutes what is known as the Land Corridor to Crimea. To this day, it is not known if Putin will settle in parts of both southern regions now under Russian military control, or if he wants to reach the administrative border.

Putin is expected to clarify this once the Constitutional Court and both houses of parliament give the green light to the incorporation of the new territories.

The mobilization also started and soon ran aground. Putin had to postpone the call-up of recruits for a month because the recruiting office was oversaturated, the Kremlin acknowledged Saturday.

He calls 120,000 people between the ages of 18 and 27 and starts his mandatory service on November 1st, not October 1st, as is traditional.

Putin, whose approval ratings fell by a few points after the mobilization order, this week admitted he was wrong on the part of the military and ordered the mistakenly summoned Russians to return home immediately.

At the same time, he issued a decree that simplified the granting of citizenship to foreigners serving in the army, while many countries in the post-Soviet space prohibited their citizens from fighting in Ukraine.

Some parts of Russia are also considering legalizing the sending of prisoners of war to the front. This reduces her sentence by 10 days for each day of service in the Army.

To prevent attacks on enlistment offices, authorities have threatened 15 years in prison for anyone trying to burn these facilities down with Molotov cocktails.